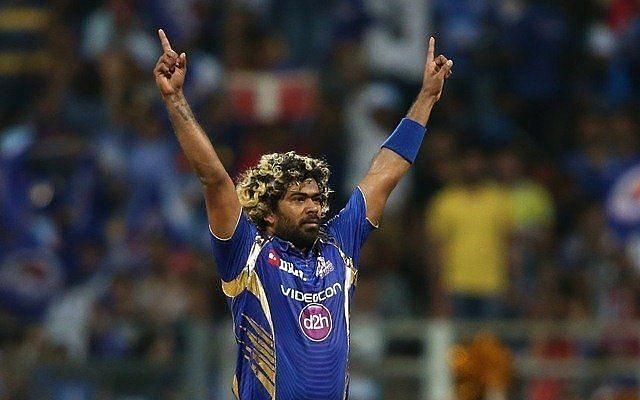 On their official Instagram handle, Mumbai Indians posted a touching video that captured Lasith Malinga’s journey from his early days with MI to his transformation into the T20 league’s most successful bowler.

With the stirring ‘See You Again’ playing in the backdrop, Mumbai Indians also posted an emotional message with the video. MI wrote:

“Malinga is staring down. He lifts his hand up and kisses the ball. Wankhede is echoing with MA-LIN-GA MA-LIN-GA as he picks up momentum in his run up. He slings and bowls. The ball moves, dips and finds the base of the stump through the batsman’s defence.”

On Wednesday, Mumbai Indians confirmed that Lasith Malinga had informed them of his decision to retire from franchise cricket earlier this month.

“After discussing with family, I think now is the right time to retire from all franchise cricket.”

Lasith Malinga explained that the pandemic situation and the restrictions on travel would make it difficult for him to fully participate in franchise cricket for the next year. He continued:

“I have discussed the same with the Mumbai Indians management in recent days as they prepare for the upcoming auction, and they have been very supportive and understanding. I would like to take this opportunity to thank the Ambani family, everyone at the Mumbai Indians franchise and all our fans for the wonderful 12 years”

Lasith Malinga finishes his IPL career as the T20 league’s most successful bowler. In 122 matches, the Sri Lankan legend picked up 170 wickets at a strike rate of 16.62 and an economy rate of 7.14, which features six four-wicket hauls and one five-wicket haul.

The one who took the wicket of Don Shardul Thakur in the final.

Thank you Lasith Malinga for so many more toe crushed memories like these.

So many cherished memories with that infectious smile💙 #ThankYouMalinga pic.twitter.com/ePrC6MHodh

The one who took the wicket of Don Shardul Thakur in the final.

Thank you Lasith Malinga for so many more toe crushed memories like these.

So many cherished memories with that infectious smile💙 #ThankYouMalinga pic.twitter.com/ePrC6MHodh

The fast bowler’s last ball in the IPL is, therefore, the famous slow yorker he bowled to trap Shardul Thakur lbw in the 2019 final and lift Mumbai Indians to a record fourth title triumph.

Lasith Malinga has withdrawn from the Indian Premier League for personal reasons and Mumbai Indians have signed James Pattinson to replace him. Paceman Malinga opted out…

Mumbai Indians fast bowler Lasith Malinga is reportedly set to miss the major part of this year’s Indian Premier League (IPL), and thus did not travel with the rest of the squad to the United Arab Emirates (UAE) today. He is likely to join the squad towards the fag end of the tournament and participate in the playoffs.

The Mumbai Indians (MI) took to Twitter to announce that James Pattinson will replace Lasith Malinga in their squad for the 13th edition of the Indian Premier League (IPL 2020).

Former Indian opener Aakash Chopra has mentioned that Lasith Malinga‘s withdrawal from IPL 2020 is a loss for the tournament, considering that the latter is the highest wicket-taker in the history of the prestigious league.

Mumbai Indians (MI) and Sri Lanka fast bowler Lasith Malinga has decided to retire from franchise cricket. The IPL franchise announced the same on its official Instagram handle on Wednesday.