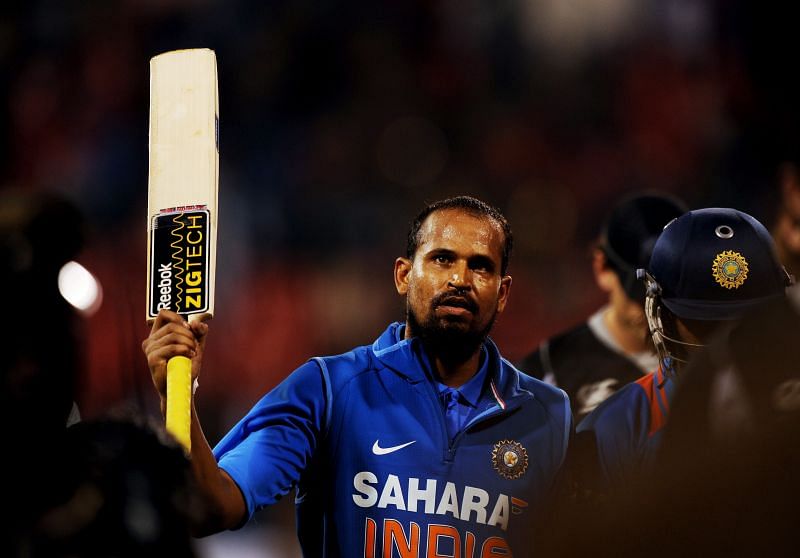 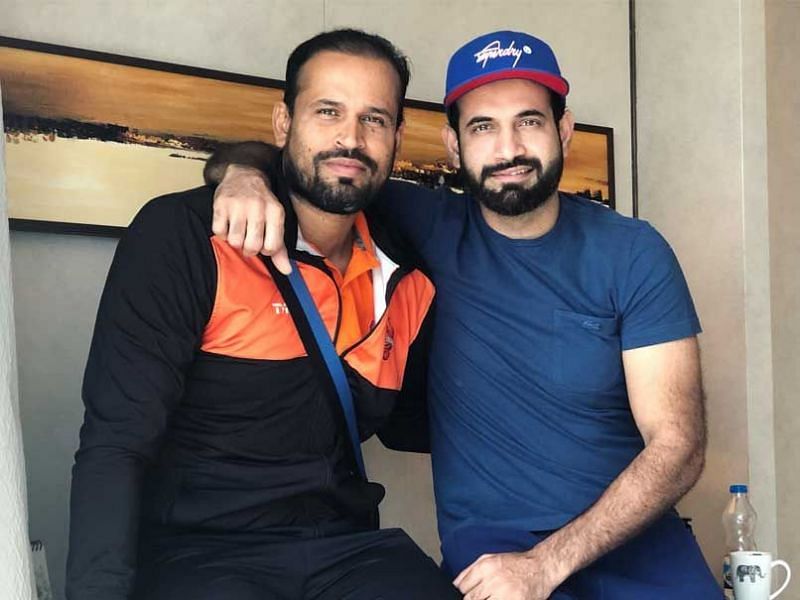 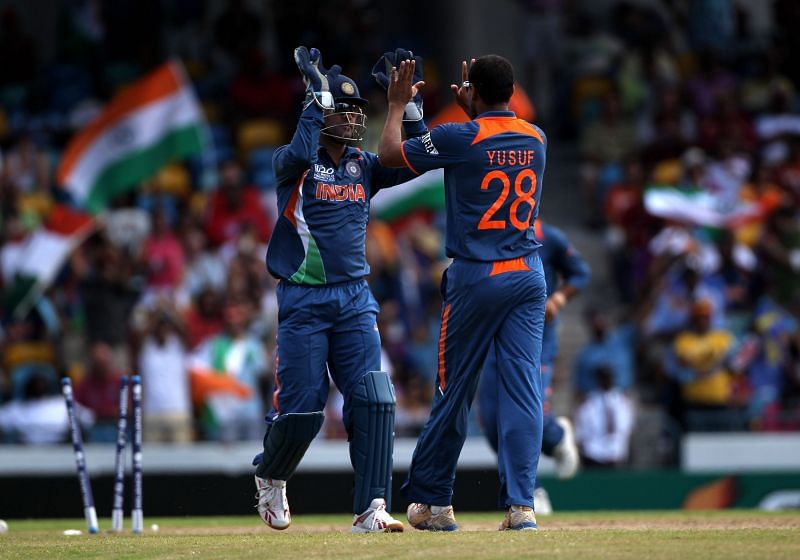 Yusuf Pathan is arguably one of the most fearsome strikers of the ball Indian cricket has ever seen. On his day, Yusuf Pathan was a genuine match-winner for Team India, with his sensational hundred against New Zealand in an ODI in Bengaluru in 2010 being a massive example of the same.

After playing competitive cricket for almost two decades, the 38-year-old decided to call it quits from all forms of the game earlier this week.

One of the few players to have won two World Cups for India (2007 T20 World Cup and 2011 50-over World Cup), Yusuf Pathan is proud of what he has achieved as a professional cricket player.

I thank my family, friends, fans, teams, coaches and the whole country wholeheartedly for all the support and love. #retirement pic.twitter.com/usOzxer9CE

I thank my family, friends, fans, teams, coaches and the whole country wholeheartedly for all the support and love. #retirement pic.twitter.com/usOzxer9CE

In an exclusive interview with Sportskeeda on Saturday, Yusuf Pathan spoke about his journey, the role of his family in his success, the emotions he went through as a professional cricket player, and much more.

India’s 2007 @T20WorldCup and 2011 @cricketworldcup winner Yusuf Pathan announces his retirement from all forms of cricket. pic.twitter.com/pxYgU13hrP

India’s 2007 @T20WorldCup and 2011 @cricketworldcup winner Yusuf Pathan announces his retirement from all forms of cricket. pic.twitter.com/pxYgU13hrP

Q: Firstly, congratulations on a brilliant career. What were your emotions when you finally decided to hang up your boots?

Yusuf Pathan: Thanks a lot. I am really happy that I have played cricket for so long. I have reached here only through the good wishes from my fans and family. There have been many great moments, have won many trophies. So I am proud to have reached here from where we had started, and now I am ready for my next chapter.

Q: How did you come to the conclusion that this was the right time for you to move on? What was the reaction of your family?

Yusuf Pathan: Deciding to retire was not an overnight thing. I had thought about it from the past one year. I also thought about what options I had once I ended my playing career. My family, my brother all gave me pretty valuable advice.

I spoke to the senior players who have been in and around my career as well and even they told me what options I could look forward to having.

Q: People would surely like to know the hardships from which you have emerged victorious, the sacrifices and support your parents as well as your brother Irfan Pathan have provided you in becoming a professional cricketer.

Yusuf Pathan: We both (Yusuf Pathan and Irfan Pathan) have had a huge role to play in each other’s careers. We both have played together and achieved many things together while growing up. Whatever our family had, we learnt to be satisfied with it and lived our early days happily.

We had torn clothes and worn-out shoes, but we were encouraged to repair them, use them properly and respect them.They taught us to be positive and be happy with whatever we had.

Q: You made your first-class debut in 2001-02. But it still took about 5-6 years for you to come to the national reckoning. So how did you keep yourself motivated?

Yusuf Pathan: My parents have never let the negative thoughts enter both my and Irfan’s minds. They did whatever was possible to provide us with the best facilities. But they also taught us to be satisfied with what we had at the moment. So that thing helped me a lot in not getting frustrated waiting for an India call-up.

I also had ups and downs in that period in domestic cricket, I had seasons where I played just one match. But the upbringing provided by our parents always inspired us to never give up, and that helped me a long way.

Q: How was it seeing younger brother Irfan play for India at that time?

Yusuf Pathan: I was proud that my brother was playing for India. Playing for your nation is not a small thing to achieve. Not many are able to do that and among the few that reach there, not all are successful.

Irfan always used to tell me about the way the Indian team practices, their approach during games and also how I should improve in all three departments. These things surely helped me prepare better according to the culture of the Indian team.

Q: You clearly announced your arrival on the international stage in the 2007 T20 World Cup final against Pakistan. But not many know that you were actually not ready to play, and that even you were surprised to be called up as Virender Sehwag’s replacement in the side. Would like to tell us more about that anecdote.

Yusuf Pathan: Well, yes. I was focused on finishing my training for the day, and then I came to know that I was playing. So I was a bit nervous but was also very happy.

Playing so many years of domestic cricket and my performances before making an international debut surely helped me. My teammates also supported me during my debut. Very few players get the chance to make their debut at such a huge stage, so I do feel proud about that.

Q: What was the reaction of your parents when they came to know that both brothers will be representing India together for the first time?

Yusuf Pathan: They were very happy. Nobody knew that we both would play and be successful for India. Nobody had thought that Irfan Pathan would take a hat-trick. We are really happy that our parents are proud of our achievements.

Q: Tell us a bit about your experience of winning the 2007 T20 World Cup, especially against all odds. No one had given that Indian team a chance, and yet the Men in Blue ended up winning the inaugural edition of the competition.

Yusuf Pathan: We played some good cricket in that tournament. The selectors during that time had thought it through and sent that team there. Nobody had thought that we would reach the final and win it. But we achieved it and made the whole nation proud.

Q: You were one of the few players who were playing under the captaincy of a young MS Dhoni for the first time. Did you believe at that point that Dhoni would go on to achieve what he has as an Indian skipper?

Yusuf Pathan: Look, we aren’t astrologers who can predict the future. But you are given opportunities, and if you do well in them, they take you to the next level. And after winning such a tournament, you get another chance of doing well, and you keep on progressing and getting to a greater level.

We won big tournaments, won big matches, and that is enough to take you to the next level. So no one can tell that a certain player would achieve something from the start.

You don’t always score a hundred when you walk out to bat. But with time, you do well and get better at it, and yes, Dhoni did some good work as the Indian captain.

Q: The highest point in your first-class career probably was when you scored a hundred in the first innings and a double-hundred in the second of the Duleep Trophy final against South Zone in 2010. That helped West Zone chase down a target of 536, which was the highest successful chase in the history of first-class cricket. Having won two World Cups with India in the white-ball format, do you still regret that you didn’t get a chance to represent India in Test cricket?

Yusuf Pathan: I will never have regret for the things I didn’t receive. I was satisfied with whatever chances I got to represent my nation. I am happy and proud of whatever I achieved. You cannot get everything in life, and thus, I am thankful for whatever I have achieved, and no one can take that away from me.

Q: Now that you have retired, what are your future plans? Are you planning to play in the foreign leagues too?

Yusuf Pathan: Yes, I am thinking about participating in leagues around the world and play as much as I can. New place, new fan base, etc. will be explored, so I thought this was the right time to go. And yes, I have already started preparing for the next phase of my life.

Every country has started their own league. So now I thought this was the right time to bid adieu from the game because I have achieved so much and wanted to respectfully end my career.

2011 Cricket World Cup winner Yusuf Pathan has quit all formats of the sport. The Baroda all-rounder announced his retirement on Friday (February 26) via two Facebook posts.

Yusuf Pathan announced his retirement from all formats of cricket on Friday (February 26). The Baroda-based all-rounder shared two emotional posts on Facebook to inform his fans about his decision to end his cricketing career.

The IPL and Indian cricket have produced many stars who have gone on and served the nation for years. While some of them stuck around for long, a few others faded away with time, failing to live up to the hype that they generated.

On 24th September, 2007, against all odds, Yusuf Pathan was included in the playing eleven for the final of the inaugural T20 World Cup against Pakistan. At that juncture, several had wondered whether MS Dhoni had pulled out another enigmatic rabbit by preferring an all-rounder, who despite the injury to Virender Sehwag, was still playing his first international game. That it came amidst the backdrop of what would become one of Indian cricket’s watershed moments, only added to the intrigue.

Former India fast bowler Irfan Pathan is a man with a golden heart. The Baroda all-rounder once again gave proof of his generosity by helping out a cobbler, and that too in far away Chennai.