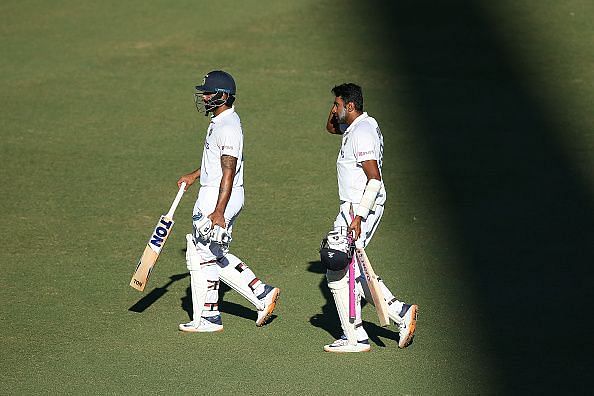 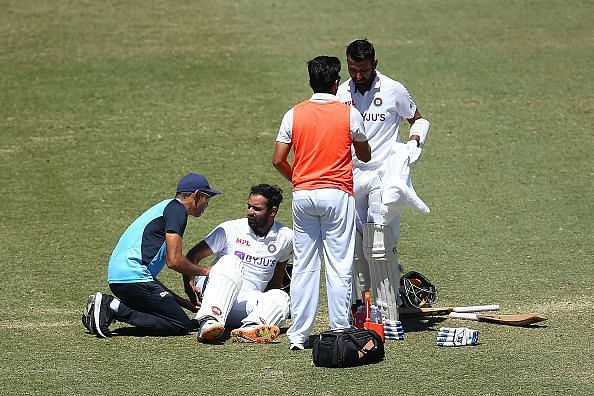 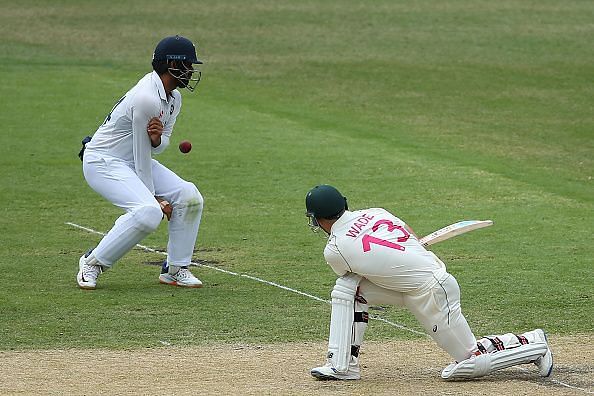 On January 11th, 2021, millions of Indian cricket team fans were glued to their TV screens. A 27-year-old batsman from Kakinada and a 34-year-old all-rounder from Chennai were in the eye of the storm at the iconic Syndey Cricket Ground (SCG).

The former, Hanuma Vihari, was battling a torn hamstring. The latter, Ravichandran Ashwin, was dealing with a severe back spasm. If that wasn’t hard enough, the duo had to overcome the herculean task of getting their side to safe shores against arguably the best bowling attack in the world.

Cut to about three hours later, Vihari and Ashwin headlined the news across the globe. The duo’s 259-ball 62-run partnership not only carried India to a historic draw, the disbelief on the Australian players’ faces painted the perfect picture of what Vihari and Ashwin had achieved.

Just as hosts’ skipper Tim Paine called off the match with an over to spare, Vihari could only manage a smile. More out of relief, with his hamstring having taken quite some pounding over four hours.

The right-hander trudged along the turf towards the dressing room rather steadily, absorbing all the vociferous applause from the crowd and his own teammates. Somewhere in his mind, he knew what he had done was nothing ordinary.

And for someone who had weathered the storm out in the middle for the country, walking up a flight of stairs was an arduous task. Yet, with regular pats on the back and continuous applause from his compatriots, he managed to pull through.

In an exclusive chat with Sportskeeda, Vihari shed light on the rush of thoughts post tearing his hamstring, the roots of his warrior-like attitude and what’s next in store for him.

“I knew right then and there that I pulled the hamstring. I was telling him (Indian team physio Nitin Patel) that it wasn’t a cramp or a muscle pull, it was more of a tear. He said he’d tape it up so that I could bat as long as possible, because we didn’t have any other option. Once Pujara got out, it was upto me and Ashwin because Jadeja was not fit. I knew I had to play for the team and draw the match.”

For those who probably didn’t follow the match as closely, Vihari walked into bat at the fall of Rishabh Pant’s wicket, and with the score on 250/4. India needed to bat out another 53 overs for a draw or score 157 runs to win, and with Pujara alongside Vihari in the middle, all the results were still in sight.

However, cricket’s occasional cruel nature found an unlikely, and more so untimely victim in Vihari. 27 balls into his innings, Vihari found himself grimacing in pain as he clutched onto his thigh, while lying on the ground.

Although the physio worked through his medical kitbag and got Vihari back on his two feet, the injury posed a whole new challenge. Pujara’s dismissal only a few balls later added to the woes, and suddenly, a million hopes were pinned on the Vihari-Ashwin duo.

“Once Pujara got out, we needed to make sure both the results (draw and win) were possible. We thought of getting through an hour to get into a situation where we could push for a win. Next up was Jadeja who was not fit, so we couldn’t afford to lose a wicket at that point. We would have calculated all the possibilities, but when I got injured, the only possibility was a draw. I felt it made things a lot more simple.”

Courtesy of the duo, India managed to safely negate any other threats as they went into tea needing a further 127 runs to win. However, with Vihari’s hamstring a major obstacle, pushing for the win was only an outside chance.

Heading in and out of the dressing room, the message was clear. Pulling off a draw was the only option, and taking any risks was only going to be on par with stepping into quicksand.

“During the tea break, he was nursing his back and I was taking an injection for my leg. Only conversation we had was on the ground and the message was quite clear. Me facing the fast bowlers would make more sense, we also knew this was the clear strategy.”

And so Vihari and Ashwin went about their task with precision and a clear structure in mind. Considering the former’s injured hamstring, it only made all the sense in the world for Ashwin to face Nathan Lyon, while Vihari would stonewall the pacers.

“Facing Lyon for me would have been a lot more difficult because I needed to stretch. It’s not that I would have hurt my hamstring, it would make it more difficult. He (Ashwin) was facing Lyon with much more comfort, so I left it up to him and I played the pacers.”

While the whole of India counted down each ball of every over, for the 11 Australians on the field, it was nothing short of a race against time. And such is the beauty of Test cricket, that lack of time can irk the best of cricketers.

Ashwin survived an LBW call on the first ball after Tea, and a few overs later, he was dropped at square leg. Vihari, at the other end, was more than happy to present the full face of the bat to whatever was hurled at him by the Australian seamers.

The Australians had nothing to play with, and the first signs of real frustration were on show when Matthew Wade lobbed a throw onto Vihari’s leg in the 115th over.

“They were obviously frustrated. After the Tea break, they came back with an intention that it was just a matter of time. We were both injured, they knew Jadeja could not bat and it was bowlers after that. But once we started playing well and began seeing through the overs, they were frustrated and showed it in a couple of ways. I knew they were trying to distract me but I just kept myself calm and focused on the job in hand.”

Such was the nature of the partnership that not a soul spoke about the lack of intent. In the end, Vihari and Ashwin had produced what was then deemed as ‘unthinkable’, penning down the SCG Test in the annals of Indian cricket folklore.

For Vihari, his marathon effort, the 161-ball 23, was similar to an injured soldier winning a war for the country. And for all that it was worth, the walk back to the dressing room was duly labelled ‘Mission complete’.

“Mission complete was much more of a relief, it felt good, it felt like it was a battle. When you win a battle it always feels nice, you have pain on one side but you also have relief. I will always remember that walk to the dressing room.”

Although much of the focus is on Vihari’s stonewall approach, his gutsy attitude on the field has unfortunately fallen into the shadows. For a man who often finds the axe hanging over his head, Vihari’s ‘team-man’ approach has been drilled into his gear from a young age.

During Australia’s first essay of the 3rd Test, Vihari was hit on various areas of his body by three full-blooded sweep shots off Wade’s bat. The first one knocked him down on the ground, and it needed some magic spray to get Vihari back in action.

Two balls later, another powerful shot struck Vihari on the thigh, and then the forearm. In just a matter of a few minutes, Vihari was struck twice.

Wade continued to unleash a flurry of sweeps, and Vihari was lucky that he somehow evaded the next two shots. However, in the 77th over, he was hit again, this time on the shin pad. To no one’s surprise, he was up and about in seconds, much to Wade’s annoyance.

While for many Indian fans at home it was a matter of feeling bad for Vihari, the Indian cricket team star played it down to taking up any opportunity to contribute for the country.

“I’ve been through the grind in FC cricket, so I know how tough times feel. We’ve to work hard to get from where I’ve come through, so you’ve to put in the hard work. I’ve done that for the past 11-12 years. And when you get to that level, you have to do everything possible to stay in that level, isn’t it?”

“That’s the reason why wherever and whenever the team asks me to to field, whether it’s in short leg or anywhere else, I am ready to do it. I know how much hard work it takes to come to this level, and I want to hold onto that spot.”

Currently putting in the hard yards at the National Cricket Academy (NCA) in Bengaluru to get back into full fitness in time for the third Test against England, Vihari’s last week or so has brought with it a lot of pain and mixed memories.

Rest assured, when Vihari does return to the Indian squad, there won’t be an iota of doubt in his approach. Forever India’s team-man, Vihari will be geared up to put his body on the line and give all it takes, for that’s what he’s known for – a steely and deterministic resolve.

Ravichandran Ashwin heaped praise on Hanuma Vihari after the pair batted brilliantly to draw the Sydney Test against Australia. The bowler applauded Vihari as he overcame a tough period and rose to the occasion at a time of adversity for the visitors.

Former India batsman Sanjay Manjrekar has lauded Hanuma Vihari for overcoming all the hurdles before him, while playing a match-saving knock on the final day of the third Test in Sydney.