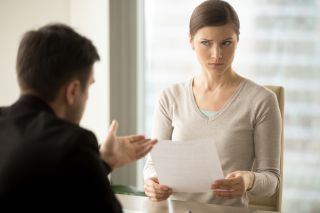 The Dunning-Kruger effect can help explain why we sometimes think we know so much more about something than we actually do.
(Image credit: Shutterstock)

Open up social media or flip on the news, and you will inevitably come across someone who genuinely believes they have the expertise to speak with authority on a topic which they actually seem to know almost nothing about.

This may not be a simple case of gross overconfidence. Knowledge or skill in a particular area can be necessary to understand the extent and limits of one’s abilities. So goes the reasoning behind the Dunning-Kruger effect, the inclination of unskilled or unknowledgeable people to overestimate their own competence.

The effect has been reported in many different tasks and specialized fields of knowledge related to healthcare, safety procedures, education and even social issues, like racism and sexism. It appears in the general population as well as in groups of people with shared interests or professions.

“The basic idea is that in a lot of intellectual or social or technical areas, the same skills to do good performance are the same as to evaluate performance,” said David Dunning, a psychologist at the University of Michigan and one of the first people to describe the effect. “It puts incompetent or ignorant people under a double burden. They won’t be able to perform well, but also won’t be able to recognize that.”

Dunning first described the effect that now bears his name in a 1999 study co-authored with Justin Kruger and published in the Journal of Personality and Social Psychology. In four experiments, Dunning and Kruger tested participants in humor, grammar and logic, then asked the participants to rate themselves in those areas. The lowest scoring quarter of the group overestimated themselves the most, both in raw test scores and relative to their peers.

The study also distinguished between a participant’s ability to correctly evaluate themself and correctly evaluate their peers. When given an opportunity to assess other participants more accurately by seeing their grammar tests, low scorers didn’t improve their judgments of either themselves or their peers, while top scorers downgraded their initial generous assessments of their peers. After receiving a small amount of logic training, both the high and low scoring groups became more accurate in their assessments of their raw scores and where they ranked relative to others.

Soon after Dunning and Kruger’s 1999 study, the concept earned the name “Dunning-Kruger effect.” In the years since, maybe ironically, or maybe fittingly, the term has been colloquially applied and misapplied countless times. Although Dunning-Kruger effects have been observed in scientific studies in more areas than Dunning would have guessed back in 1999, he also cautions against misusing the term.

“There are other reasons why people can overestimate themselves,” beyond lacking the skills or knowledge to evaluate themselves, Dunning said. “Dunning-Kruger is only one of them.”

There seem to be two major types of miscategorization, he said. First, the effect does not always mean that the worst performers give the highest self-ratings, although that has sometimes proven to be the case. The lowest performers may rate themselves the lowest on average and still fit the Dunning-Kruger model, so long as they overestimate themselves in a way that appears related to their lack of knowledge.

Second, the effect was never meant to describe a learning curve, in which people who are beginners in a subject are initially overconfident about their skills, but it’s often interpreted that way. Dunning investigated the learning curve idea with Carmen Sanchez, a psychologist now at the University of Illinois at Urbana-Champaign. After performing six studies, Dunning and Sanchez concluded that once participants gained only a small amount of experience in a new area the participants’ confidence grew more quickly than their abilities, demonstrating a “beginner’s bubble” of confidence. However, once participants reached their “bubble,” their confidence began to taper and level off, although it still didn’t coincide with actual ability.

In addition, it’s not possible to say with absolute certainty that individual actions or a single person’s overconfidence are due to the Dunning-Kruger effect, even when there is evidence for Dunning-Kruger effects in the area of knowledge in question. “Science is set up to tell you about the larger trend,” Dunning said.

Some scientists have questioned whether Dunning-Kruger effects even exist. For example, a new study published in April 2020 in the journal Intelligence described an experiment similar to Dunning and Kruger’s 1999 study, but the authors used a novel statistical approach to analyze their data. Their results suggest that many observed Dunning-Kruger effects are either non-existent or overstated.

“Previous estimates of the Dunning-Kruger effect suggested that the effect was not only statistically significant, but quite large from a practical perspective,” study co-author Gilles Gignac of the University of Western Australia told Live Science in an email. “Our research suggests that, if the Dunning-Kruger effect does exist, it is likely a small effect.” This type of statistical critique is appropriate, Dunning said, though he may not agree with the conclusions.

Dunning-Kruger in the real world

Understanding Dunning-Kruger effects could influence training or education in important areas of life.

For example, Camilla McMahon, a psychologist at Miami University in Ohio, is studying the relatively new field of self-assessed and actual knowledge of Autism Spectrum Disorder. “I think it can be very difficult for individuals to self-assess their own autism knowledge,” McMahon told Live Science via email.

“Autism is a very complex field — every individual with autism is so different,” McMahon said. Someone could be very close to a person with autism, yet not understand how diverse the disorder is across the autism spectrum.

In a March 2020 study published in the journal Research in Autism Spectrum Disorders, McMahon and her colleagues found a Dunning-Kruger effect in autism knowledge in the general population. The results suggest that autism knowledge is often inaccurately assessed, and that professionals working with people with autism and even experts in autism may potentially over- or under-estimate their knowledge of the disorder. However, McMahon cautions against drawing strong conclusions from a single study, and plans to investigate the same sorts of questions in people who are more likely to work with people with autism, such as special education teachers or pediatricians.

Focusing on improving both knowledge and self-awareness is likely the most helpful approach to refining the capabilities of professionals working with people with autism, McMahon said. While high autism knowledge and high self-awareness are ideal for a school or medical professional, from a practical standpoint, a professional with low-expertise but high-awareness who knows when to seek expert consultation is far preferable to someone who is both unknowledgeable and unaware.

Conspiracy theories, fake news and other sorts of disinformation are another area where the gulf between confidence and actual knowledge can have important consequences. There may be a double burden element if someone is unable to recognize aspects of a conspiracy theory or other misinformation that are unrealistic, Dunning said, but other factors are also involved. For example, motivated reasoning, such as reasoning tied to political affiliation for example, can make people inclined to believe things that are congruent with their other beliefs or ideals, rather than what is likely, or supported by strong evidence.

How do we avoid Dunning-Kruger overconfidence?

By definition, someone under the double burden of a Dunning-Kruger effect lacks the knowledge or skills that would help them recognize the situation. Staying alert to signs of our own incompetence may help, but honest feedback can be difficult to find.

As with other biases, the Dunning-Kruger effect may be influenced by cultural norms related to personal mindset or what is considered polite feedback. Cross-cultural psychology studies, for example with East Asian and North American participants, show that patterns of overconfidence and underconfidence are context dependent, and vary between cultures.

Fortunately, Dunning has simple, culturally-universal advice for avoiding the Dunning-Kruger effect: “I try to be a little more intellectually humble,” he said. “A good question to ask is: What is missing? What don’t I know? I’ve found that’s an excellent way to think through real, substantive issues.”

In a new study, “microdoses” of LSD were disguised in pill capsules so that participants didn’t know if they were taking real microdoses or dummy…

Sherlock Holmes remembers everything by imagining that he’s storing bits of information in a “memory palace,” a technique that originated in ancient Greece. Now, researchers have found that this method really does work to create long-lasting memories.

Between adolescence and adulthood, you go through a host of changes — jobs, regrettable haircuts and relationships that come and go. But what about who you are at your core? As you grow older, does your personality change?