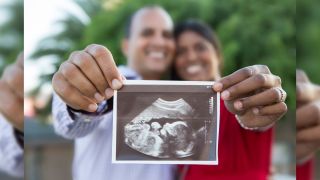 The series “Imaginary Earths” speculates what the world might be like if one key aspect of life changed, whether related to the planet or humanity.

The sex of humans is largely controlled by the X and Y sex chromosomes. However, in many reptiles and fish, sex is instead influenced by how warm or cool eggs are before hatching. What might life be like for humans if sex was likewise under the sway of temperature?

The fact it was even possible to control the sex of animals using heat or cold was first uncovered in the rainbow agama lizard in 1966 by French zoologist Madeline Charnier at the University of Dakar in Senegal. She found hatchlings from eggs incubated at lower temperatures were female, while those that developed at higher temperatures were male.

Since then, scientists have discovered other patterns of temperature-dependent sex determination. For instance, with the Hawaiian green sea turtle, females emerge if incubated above a certain temperature and males if below a certain temperature, and if temperatures in nests fluctuate between those extremes, a mix of males and females are seen, according to a 2020 study published in the journal Bionatura. In contrast, with the American alligator, females develop from extremes of hot and cold and males from intermediate temperatures.

Temperature controls sex determination, in all crocodilians, most turtles, many fish, and some lizards, according to organismal biologist Karla Moeller at Arizona State University. Within a specific window of time during the embryonic development of these animals, heat or cold can influence the production of sex hormones, which in turn can sway a hatchling’s fate.

Moeller noted that one cause of temperature-dependent sex determination is an enzyme known as aromatase, which can convert male sex hormones to female sex hormones. In animals such as the red-eared slider turtle, heat during a specific developmental stage can increase levels of this enzyme, leading to more females.

It remains uncertain exactly why these animals practice temperature-dependent sex determination, although a huge number of theories exist, Jennifer Graves, a geneticist at La Trobe University in Melbourne, Australia, told Live Science in a phone interview.

“Our best guess is that temperature-dependent sex determination originated because reptiles do not have parental care and the eggs are in close interaction with the environment,” Diego Cortez, a biologist at the National Autonomous University of Mexico in Mexico City, told Live Science in an email. “We also know that elevated incubation temperatures speed up the development of embryos. So, the sex that is linked to higher incubation temperatures will hatch earlier.”

Because, among reptiles, hatching is often linked with the rainy season, when life flourishes, any hatchling that emerges early will likely get more food, Cortez said. “With more food, it will grow faster, and will have higher chances of surviving until it reaches maturity,” he said.

According to this idea, known as the survival-to-maturity hypothesis, “if for some reason it is better for a species to have larger females or larger males at maturity, then this sex will be linked to high incubation temperatures so it can hatch earlier during the season,” Cortez said.

Another possibility is that temperature-dependent sex determination could give a way for mothers to control the sex of their offspring. Scientists have suggested that female alligators may choose cooler nests to have more female hatchlings, so when populations are low, “females can make their nests down near the water so more females hatch,” Graves said. In contrast, when populations have reached a stable level, females might choose warmer nests “so there are a lot more males, getting more male aggression and competition.” The next generation of females could then choose from the best males, Graves suggested.

All known species with temperature-dependent sex determination are both oviparous, or egg-layers, and cold-blooded, meaning their body temperatures change with that of their surroundings. However, humans are neither of those things.

Still, if women could somehow experience a range of body temperatures, Cortez said he could imagine a way for temperature-dependent sex determination to happen in humans. He noted that some proteins that help regulate circadian rhythms in humans — our internal clocks — are also linked with temperature-dependent sex determination in reptiles. These proteins, known as CLK kinases, are found throughout the body, and can sense very small fluctuations in body temperature.

“It would not be impossible to think that if CLK kinases are involved in temperature-dependent sex determination in reptiles, where they sense large changes in incubation temperatures — usually between 3 and 7 degrees Celsius [5.4 to 12.6 degrees F] — that the system could be adapted to sense smaller temperatures changes that could, hypothetically speaking, be then linked to the embryo’s sex,” Cortez said.

For temperature-dependent sex determination to exist in humans, Graves suggested one possibility is that we somehow become poikilotherms — that is, unable to control our body temperature — much like the naked mole-rat. Another possibility is that instead of live births, we were to somehow lay eggs like a platypus, she added.

So what might humanity look like if temperature could decide the sex of our offspring? The most important consequence would likely be that it would then be trivial for parents to decide their children’s sex, Graves said.

One big risk is the potential for a major imbalance between the sexes in a society.

“Many humans like to decide the sex of their kids,” Cortez said. “Sadly, in many places on this planet, the preferred sex would be males. So, if humans could decide the sex of their offspring using a non-complicated technique, like changing their body temperature during a specific week during pregnancy — incubation temperature would have to be changed only during the week when sex is determined — I’m confident this would create many societies biased towards men.”

That would be a problem.

“We know that excess of one specific sex in adult populations creates an unbalanced population that has been linked to increased violence, more sexual conflict because is not easy for one sex to get a partner, less parental care, and so on,” Cortez added. “So, in other words, a less harmonious society.”

One could imagine that governments might intervene to ensure that one sex was not too heavily favored. However, “we might then start to speculate what might happen if the choice of sex might not be up to parents — what forces might interest the state to skew the sex ratio one way or the other,” Graves said.

Female mantises are notorious for sexual cannibalism, gulping down males before, during or after it’s time to tango. But unlike other male mantises, the male springbok mantis sometimes escapes cannibalism by violently wrestling and even seriously injuring the female during mating bouts.

If you’re taking a day trip to the Sahara Desert in North Africa, you’re going to want to bring a lot of water and plenty of sunscreen. But if you’re planning to stay the night, then you better bring a snug sleeping bag, too.

When a sparrow’s nest flooded during high tide in coastal Georgia, a fish jumped at the chance to make a meal of a newly hatched chick, and a scientist’s video camera caught a first-ever view of the entire deadly encounter.

This week, thousands of sea turtles were paralyzed in the frigid waters along the Texas coastline during the unprecedented winter storm that swept across the country. In response, a small army of volunteers, many of them without power and running water, sprang into action to rescue these endangered creatures.