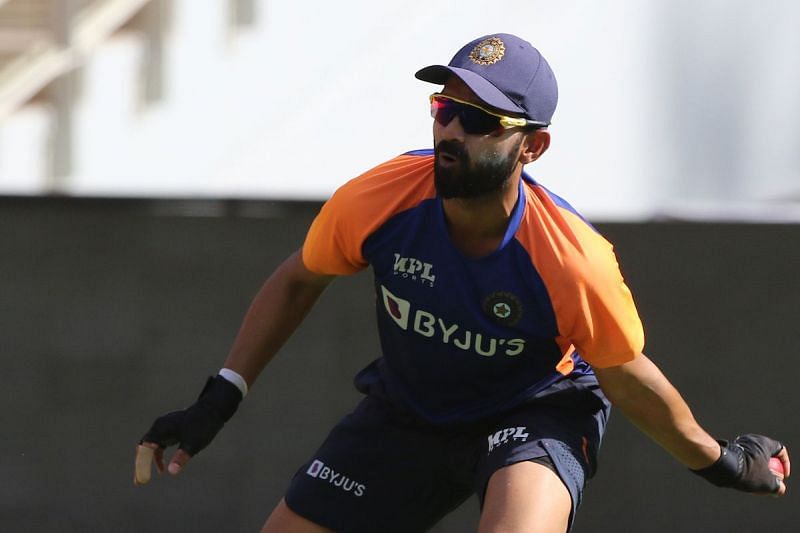 The BCCI shared a video where Virat Kohli, Rohit Sharma, Ajinkya Rahane could be seen sweating it out in an afternoon session for India.

The video began with a glimpse of Virat Kohli in full flow, as the Indian skipper spent some time in the nets. Ajinkya Rahane and Cheteshwar Pujara were next in line, with a slow-mo shot of Rahane’s back foot punch particularly impressing fans.

Axar Patel made an appearance too, albeit with the ball. The 27-year-old is in the form of his life and picked up 18 wickets in his first two Tests for India.

Rohit Sharma, one of the few batsmen to make merry on the Motera pitch, was seen having a chat with head coach Ravi Shastri. Hitman was later pictured in an animated discussion with Kohli before India took to the field to participate in a catching drill.

With India 2-1 up in the series, the hosts need to avoid defeat to qualify for the World Test Championship Final. Having won the third Test, India will go into the series finale, beginning March 4, high on confidence.

But they will have to negotiate the final Test without Jasprit Bumrah. He was excluded from the squad for the fourth Test due to personal reasons. BCCI also mentioned that no replacement will be called up in his absence.

With Umesh Yadav and Mohammed Siraj in the side, it is likely to be a straight shootout between the two pacers for the second seamer’s slot alongside Ishant Sharma.

Virat Kohli refrained from giving away too much regarding the Indian team’s combination ahead of the series decider in Ahmedabad. But the Indian skipper confirmed that the hosts will go in with a similar side as in the last Test.

Sunil Gavaskar has said the Indian team is unlikely to take the final Test against England lightly, considering the importance of the encounter.