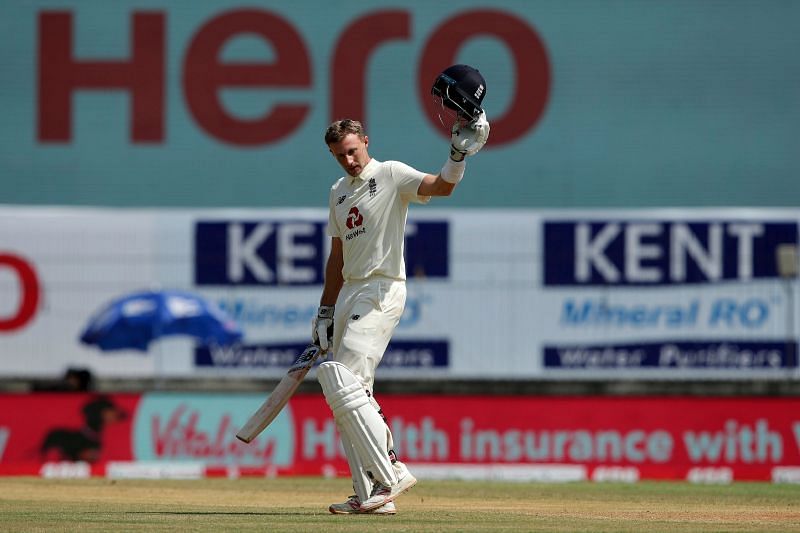 Joe Root scored his maiden double hundred against India by smashing off-spinner Ravichandran Ashwin over long-on for a maximum. The England skipper became the first cricketer ever to hit a double century in his 100th Test.

Ashwin flighted the ball and invited Joe Root to have a crack at it. The 30-year-old obliged, and although he was in his 190s, Root didn’t hesitate to club the ball over long-on. Such was the England captain’s concentration that he took a few seconds to realize he had reached his double hundred.

Here is the video of that fantastic six with which Joe Root reached his milestone:

India vs England
Ind vs Eng

India vs England
Ind vs Eng

Root had come in to bat just a few minutes before Lunch on Day 1. Having picked up two quick wickets, Team India had their tails up and put immense pressure on the 30-year-old when he was new to the crease.

However, once he settled in, Joe Root began to unleash every stroke he had in his repertoire and put the Indian bowlers under pressure. He was patient enough to negotiate the good balls but also put away the bad deliveries.

The hosts had a little hope of possibly trying and restricting this England innings to a score of less than 400 when play began on Day 2. While Ben Stokes came out all guns blazing, Root ensured that he kept on playing his natural game and put a price on his wicket.

This is the England skipper’s fifth Test double hundred and also the third in his last four Test matches. Thus, these are ominous signs for Team India, not just in the context of the Chennai Test but also with respect to the entire series.