A brief argument broke out between Rishabh Pant and Ben Stokes during the 2nd Test between India and England on Saturday.

Joe Root bowled the penultimate over of the day right at the stroke of stumps. Throughout the over, England wicketkeeper Ben Foakes and the close-in fielders around Rishabh Pant were constantly engaging in some banter with the batsman.

Before the fourth ball, Rishabh Pant briefly walked away from his guard to complain about the chatter. The over finished smoothly with one minute left on the clock, but the visitors wanted to squeeze in another over.

Pant engaged in a conversation with the umpires, and it was here that Ben Stokes intervened, and an argument broke out between the two. Stokes and Root seemed to be in a good mood, but Pant was conspicuously irritated.

Here’s a video of the incident, as uploaded by a Twitter user:

Interestingly, soon after the players disengaged from the argument, the Chennai crowd rallied behind the Indian wicketkeeper. Chants of “Rishabh Pant, Rishabh Pant” reverberated in Chepauk. Here’s a video of that as well:

Pant didn’t disappoint his fans either, pulling Olly Stone away for a boundary in the last over of the day.

Rishabh Pant remained unbeaten on 33 alongside his Delhi Capitals teammate Axar Patel, who looked solid during his short stay in the middle. The 23-year-old came to the crease in the 74th over, and took his time to settle before launching an assault against left-arm spinner Jack Leach.

He hit Leach for a boundary and a six in consecutive overs, forcing the England captain to remove him from the attack. BPant’s best shots came against Moeen Ali, who he hit for an ostentatious reverse sweep, a nonchalant flick shot, and a slick lofted shot against the turn.

The hosts have gone to stumps with 300 runs on the board for the loss of 6 wickets. The pitch is turning out to be a minefield, and every run on Sunday will increase India’s chances of leveling the series.

Rishabh Pant‘s antics behind the stumps have been one of the talking points of the ongoing India-England Test series. His cheeky comments have been mighty effective in disturbing the opposition batsmen’s concentration. Another victim of the same was England’s Zak Crawley. 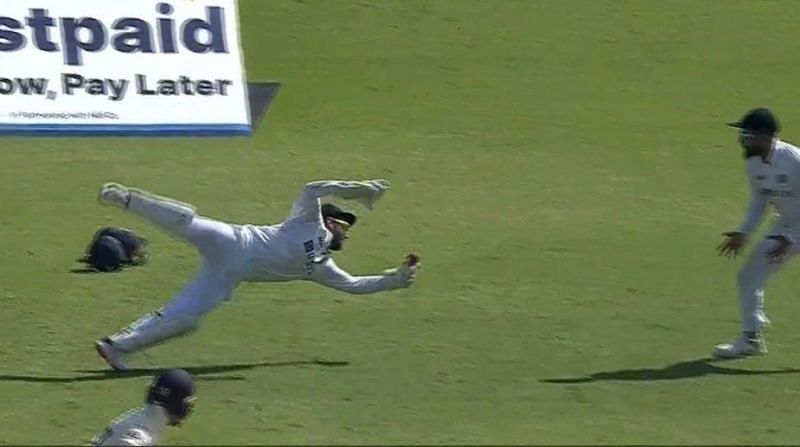 Rishabh Pant took yet another blinder on day two of the second Test against England, this time to dismiss tail-ender Jack Leach off the bowling of Ishant Sharma. 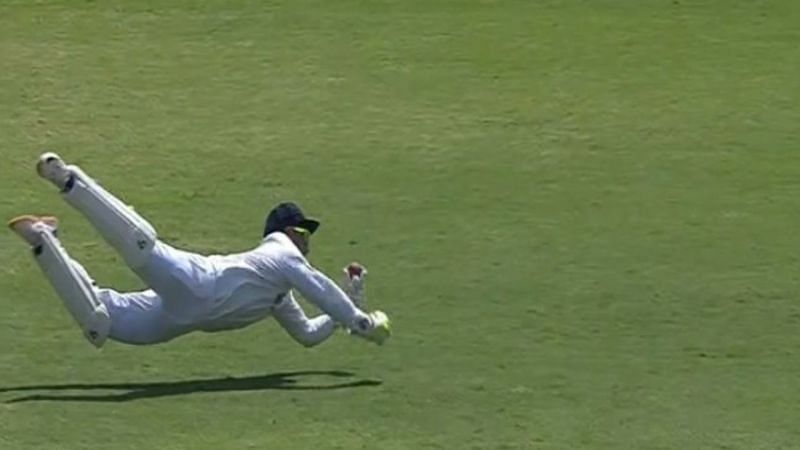 Rishabh Pant took arguably the best catch of his career so far as his one-handed screamer ended Ollie Pope’s stay at the crease in England’s first innings.

Rohit Sharma has thrown his weight behind Rishabh Pant‘s unique style of batting, despite how the youngster got out. The 23-year-old continued his purple patch in 2021, scoring his maiden Test hundred on home soil.