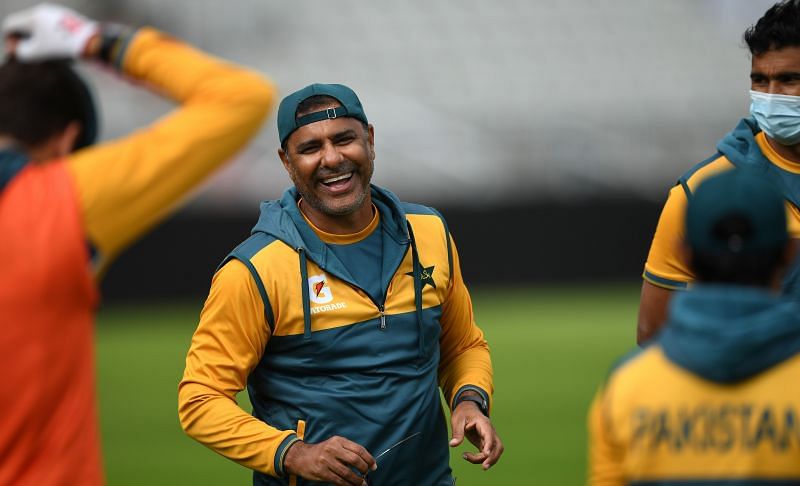 Pakistani bowling coach Waqar Younis feels that their pacers are used to bowling in home conditions and are able to use the conditions effectively. However, this is not the case when they travel abroad.

Pakistan registered an impressive 2-0 Test series win over South Africa recently. But the Asian outfit has failed to impress in overseas matches in the last few years. In an online interaction with reporters, Waqar Younis was asked about the variance in the performance of Pakistan bowlers, and he said:

Pakistan were comprehensively beaten by New Zealand in their last overseas Test series. However, Waqar Younis is hopeful that Pakistan will be able to turn around their fortunes away from home.

“In the past, we have done well in England and have also beaten New Zealand comprehensively a decade ago. Hopefully, when we tour overseas in future, our performances will be far better.” Younis added.

Great composure from Pakistan to win the game & the series at home. This will mean a lot to the players, management & especially the fans. Congratulations @TheRealPCB, well done! #PAKvSA

Great composure from Pakistan to win the game & the series at home. This will mean a lot to the players, management & especially the fans. Congratulations @TheRealPCB, well done! #PAKvSA

Pakistan will now square off against South Africa in a three-match T20 series starting on 11th February. Waqar Younis talked about how they will have to be wary about managing their fast bowlers’ workload given the busy schedule ahead.

“There is a lot of international cricket coming up after PSL as well, so we are considering all options (whether to rotate players or not), but no final decision has been made regarding which bowler will play how many matches. The good thing is that we have a big pool of fast bowlers, so we can rotate them as well.” said Younis.

The PSL starts on the 20th of February. Before that, Pakistan will be keen to do well in the upcoming T20 series against South Africa.

Younis Khan believes Mohammad Hafeez deserves the same status in Pakistani cricket as greats like Inzamam-ul-Haq, Waqar Younis, and Misbah-ul-Haq did. The Pakistan batting coach talked about giving Hafeez a tremendous send-off once he decides to retire.

Pakistan bowling coach Waqar Younis will miss the second Test against New Zealand starting January 2. The former pacer wishes to spend time with his family in Lahore, confirmed the Pakistan Cricket Board (PCB) in a media release.

Pakistan right-arm pacer Hasan Ali has revealed the advice he received from Pakistan’s bowling coach, Waqar Younis, during the lunch break on Day 5 of the 2nd Test vs South Africa.