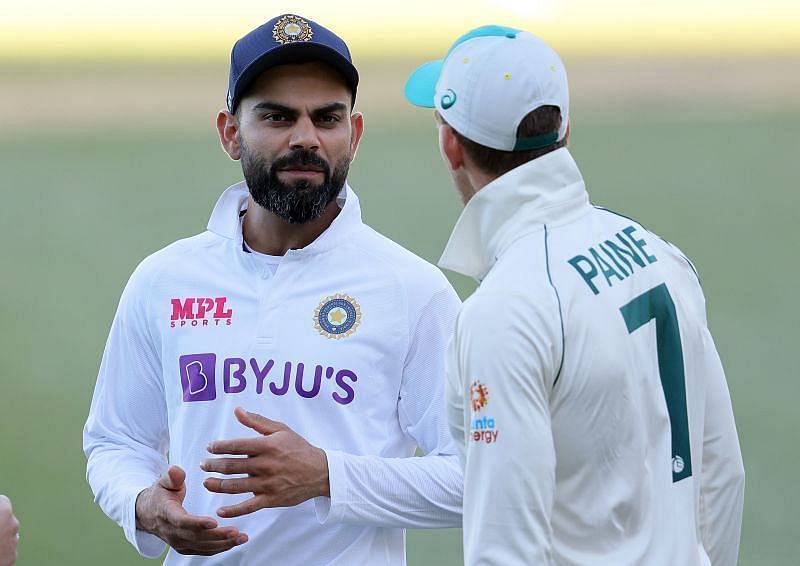 Indian captain Virat Kohli asserted that the Adelaide disaster of 36 all out will not be playing on the team’s mind when they step out at Motera for the pink-ball Test against England on Wednesday.

While India were bowled out for 36 in the Adelaide Test late last year, England too were rolled over for 58 in a Day-Night Test in Auckland back in March 2018.

Speaking to the media ahead of the Ahmedabad Test, Virat Kohli termed the two collapses “bizarre experiences for two quality sides” and affirmed that the Adelaide collapse is history. Virat Kohli said:

“No. According to me, no (Adelaide collapse will not be a factor at Motera). Both are bizarre experiences for two quality sides. If you ask England the same question – do you think you could be bowled out for 58 again? Their answer probably would be no. You understand that, on that particular day, things aren’t just meant to happen in a certain way. Whatever you try to do, it is out of your control. Nothing seems to go your way. That is exactly what happened to us at Adelaide as well. Barring that 45 minutes of bad cricket, we dominated that Test match.”

Virat Kohli added that, despite what happened in Adelaide, the team is very confident in terms of playing the pink ball. The Indian captain claimed that they dominated the Adelaide Test but for one bad session.

“Even in Australia, where the pitches were assisting their seamers, they were under the pump in the Adelaide game. But, that 45 minutes when we were blown away, left us with nothing to come back in the game. We understand that quite well. From the outside, things are not as detailed. In the change room, we try to understand what exactly went wrong that day. And you brush it aside, which the team did beautifully from the Melbourne Test and ended up making a great comeback,” said Virat Kohli.

Virat Kohli said that India have learned their lessons from the Adelaide loss and has moved on. According to the Team India captain:

“These (Adelaide-like collapses) are experiences for sure, not hindrances. Something that we learn from and move ahead. You keep improving as cricketers and understand, if it’s a difficult situation, how to apply yourself and get out of it.”

After posting 244 in their first innings in Adelaide, India held Australia to 191 in response. However, they folded up for 36 in the second innings, leaving Australia with a target of 90 runs to clinch the Test.

Australia won the game by eight wickets but India fought back to claim the series 2-1.

Virat Kohli downplayed the role of the toss after India beat England by 317 runs in the second Test in Chennai on Tuesday. 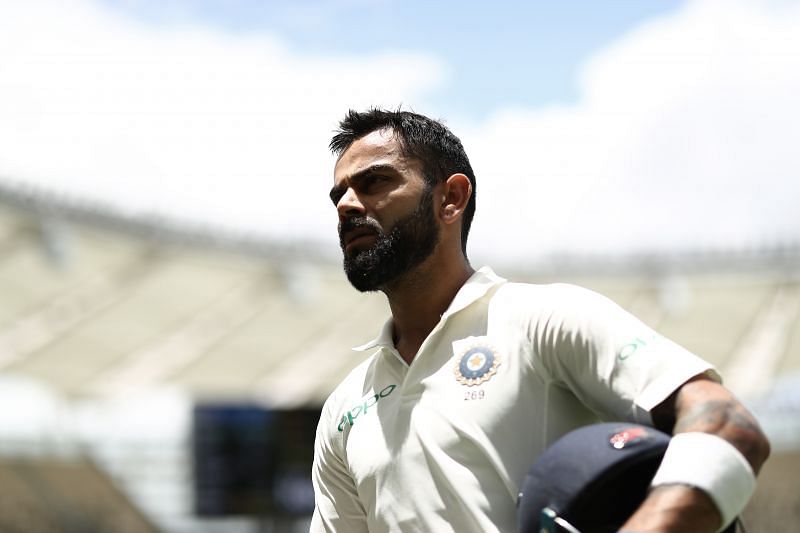 Indian skipper Virat Kohli recalled the first Test between India and Australia in 2014 at Adelaide and termed it as an extremely important encounter.

Indian skipper Virat Kohli accepted that the Indian batsmen failed to have the right mindset in their second innings collapse at Adelaide. However, he doesn’t think it is a huge wake-up call for the Men in Blue.