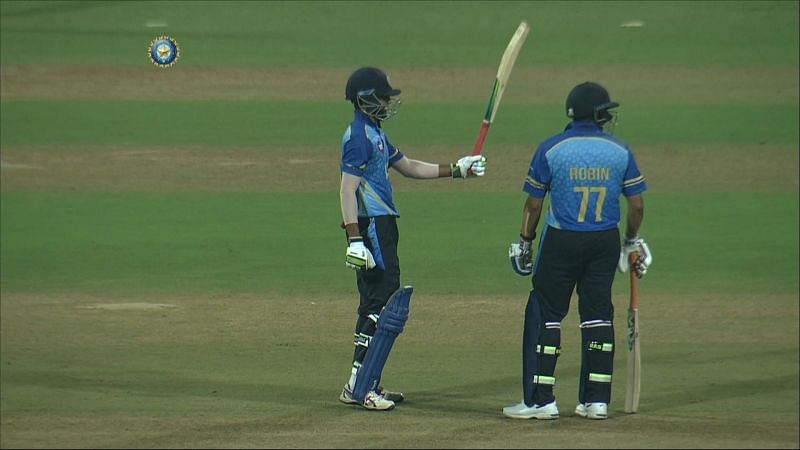 26-year-old Mohammed Azharuddeen made the world sit up and take notice with a swashbuckling hundred in the Syed Mushtaq Ali Trophy against Mumbai last month. Among the many eyeballs he managed to grab with that innings were those of the higher-ups at the Royal Challengers Bangalore (RCB).

The Bangalore-based franchise acted by buying Mohammed Azharuddeen at his base price of INR 20 lakh. In the process, the franchise helped the keeper-batsman from Kerala realise a dream: that of playing alongside Virat Kohli.

It only got better soon after the auction when he received a message from an unknown number.

“Two minutes after the auction, Virat bhai messaged me saying, ‘Welcome to RCB, all the best. Virat here.’ The message made me very emotional. It’s not something I could have even dreamt of, that he’d message,” Mohammed Azharuddeen told Sportskeeda in an exclusive interview.

The feeling of receiving that message can only be bettered, of course, when he is captained and mentored by a player that he looks up to as an icon of the game.

“It is something I’m very happy about. Virat bhai is someone I look at as a cricket icon. It has always been a dream of mine to play with Virat bhai. I’m very excited and very happy to be on the same team as him,” Mohammed Azharuddeen told us.

Mohammed Azharuddeen applied the finishing touches to Kerala’s chase against Odisha in their Vijay Hazare Trophy opener on Saturday. The right-hander scored an unbeaten 23, coming in at number 6 after Robin Uthappa had laid the foundation earlier in the pursuit.

The man from Kasaragod, however, opens in the shortest format of the game for his state team. It was at this position that Mohammed Azharuddeen, in fact, scored the aforementioned hundred against Mumbai, an unbeaten 54-ball 137, as Kerala chased down a mammoth 196 in under 16 overs.

And while he does prefer opening, the 26-year-old is the model team man, more than happy to play wherever the team needs him to. At the end of the day, the team is priority, be it Kerala or his IPL franchise.

“I am an opening batsman. I can give the team a good start, and if I get the start, I can carry on as well. At the same time, it is the team’s needs that matter the most. I will always look at the team’s requirements and be flexible as per what the team needs of me,” Mohammed Azharuddeen said.

It will be interesting to see where exactly RCB choose to slot Azharuddeen in the playing XI, should he play. While the Bengaluru-based franchise have released Aaron Finch, they did use the likes of Joshua Philippe and skipper Virat Kohli alongside young Devdutt Padikkal.

Azharuddeen’s ability to accelerate right from the word go should hold him in good stead to slot in as a finisher as well, if necessary. However, the opening partnership of Padikkal and Azharuddeen may just be a little too good to resist, given just what they have shown themselves to be capable of in the past. 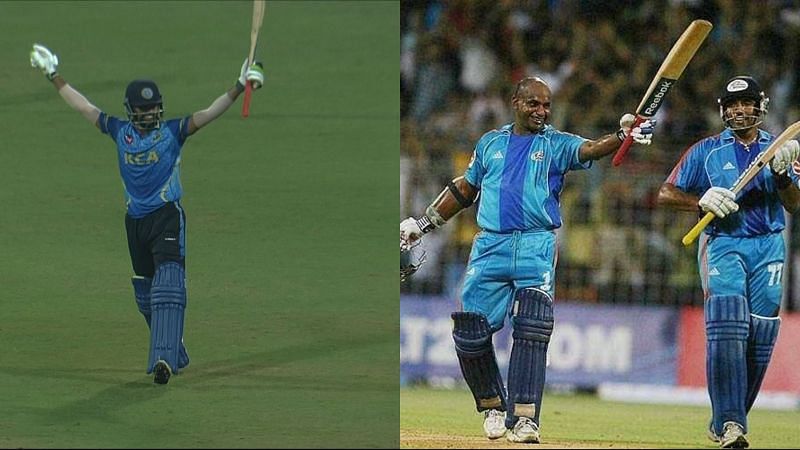 Mohammed Azharuddeen destroyed the Mumbai bowling attack in the Syed Mushtaq Ali Trophy on Wednesday (January 13). He scored 137* off just 54 deliveries to power Kerala to an 8-wicket victory. During his knock, Mohammed shattered Sri Lankan legend Sanath Jayasuriya‘s 12-year-old T20 record for the fastest ton at the Wankhede Stadium, when he reached his 100 in 37 balls. 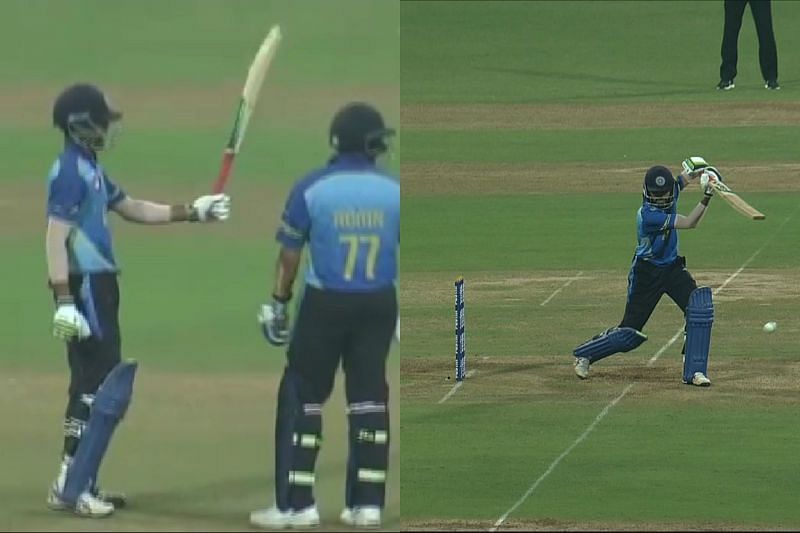 Mohammed Azharuddeen blew away the Mumbai bowling attack at the Wankhede Stadium in a Syed Mushtaq Ali Trophy match on Wednesday (January 13). Azharuddeen’s century powered the Kerala cricket team to an 8-wicket win over the hosts.

Royal Challengers Bangalore (RCB) skipper Virat Kohli believes the franchise managed to get what they wanted from the IPL 2021 auction to strengthen their side. 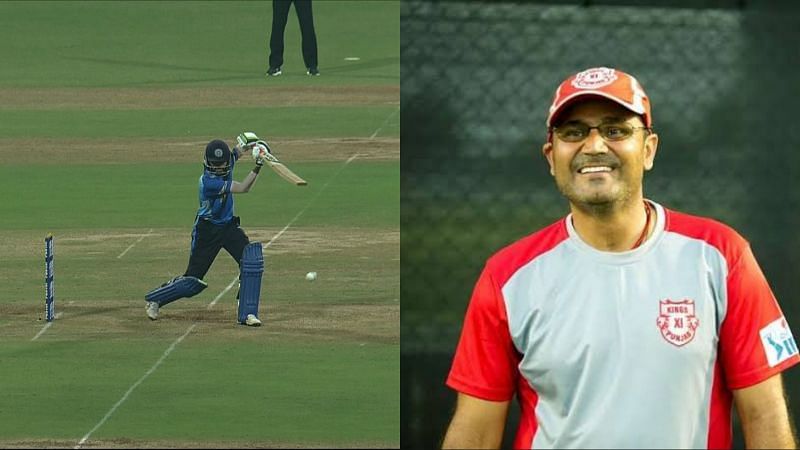 Mohammed Azharuddeen played a superb knock of 137 against the Mumbai cricket team in the 2021 Syed Mushtaq Ali Trophy on Wednesday night. The Kerala opener has received much appreciation from the cricket universe for his excellent performance. 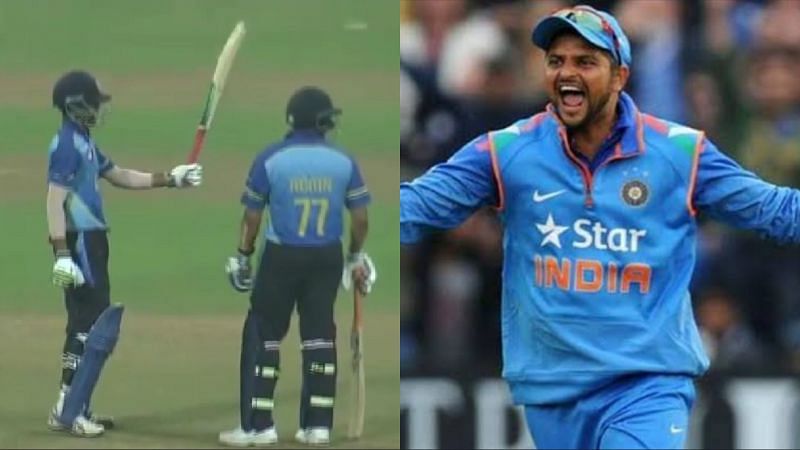 Suresh Raina heaped praise on Kerala’s rising star Mohammed Azharuddeen for his magnificent performance against Mumbai in the 2021 Syed Mushtaq Ali Trophy. The Kerala opener smacked an unbeaten 54-ball 137* and guided his team to an 8-wicket win at the Wankhede Stadium on Wednesday.