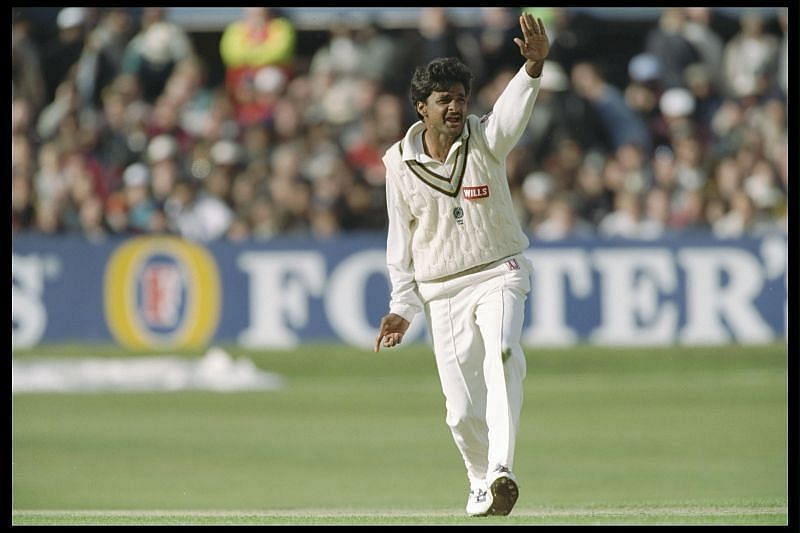 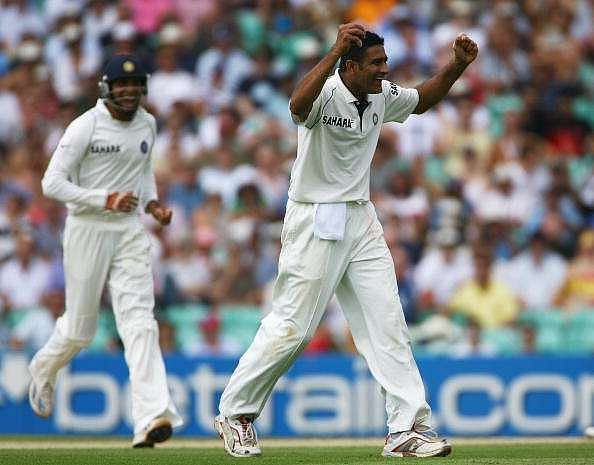 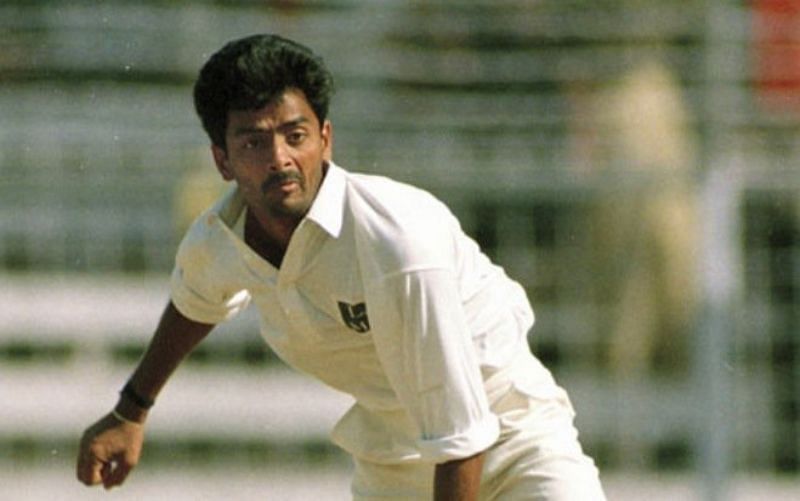 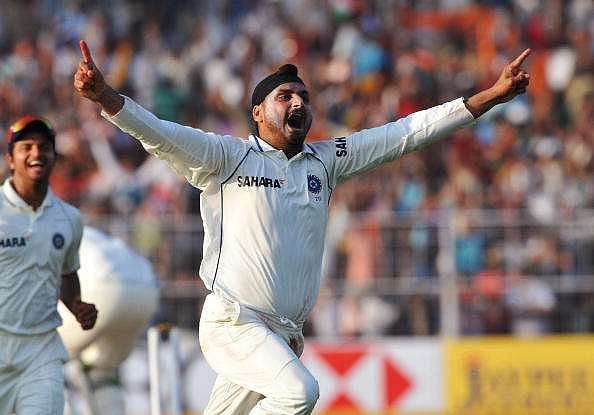 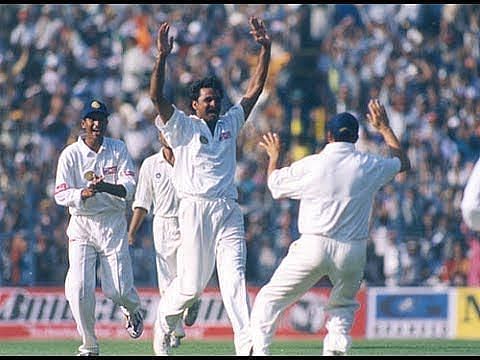 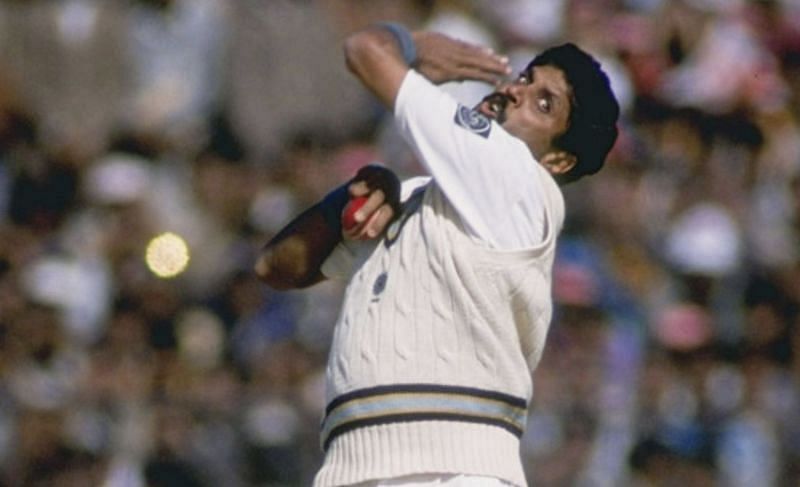 Team India and England are gearing up to face each other in the third Test of the four-match series at the Motera Stadium in Ahmedabad.

The series is tied at 1-1. England began on a high by claiming the first Test in Chennai by 227 runs, with Joe Root leading the way with a magnificent double century. The hosts hit back in the next match courtesy a professional all-round effort.

The Motera Test will be important for both sides keeping in view the World Test Championship (WTC). While Team India need to win the series by a 2-1 or 3-1 margin, England must clinch both the remaining Tests to qualify.

The fact that the Test will be a pink-ball encounter adds another interesting dimension to the scheme of things.

The Motera Stadium in Ahmedabad has produced some excellent bowling efforts by Indians over the years. We glance at the best ones.

By the turn of the millennium, England were beginning to re-emerge as a strong Test outfit under the able leadership of Nasser Hussain. They defeated Pakistan in Pakistan in 2000 and their performance in Ahmedabad a year later was proof of their growing stature.

England won the toss and batted first in the second Test of the three-Test series. Courtesy Craig White’s 121 and Marcus Trescothick’s 99, they posted an impressive 407 on the board.

For Team India, leg-spinner Anil Kumble put up a one-man show. The performance was different from his other five-fors at home, since the legendary bowler did not run through the England batting line-up.

He was made to work hard for his wickets, and bowled 51 overs in all. To his credit, Kumble kept at it and finished with commendable figures of 7 for 115.

He broke the 124-run opening stand by having Mark Butcher caught behind for 51. Soon, Kumble trapped Hussain lbw for 1 and had Michael Vaughan caught for 11.

Trescothick was looking good for a hundred but Kumble had hit caught by the keeper for 99. He picked up Andrew Flintoff for a duck and added a couple of lower-order scalps to compete his seven-for.

Team India responded with 291, with Sachin Tendulkar scoring 103 and VVS Laxman notching up 75. Harbhajan Singh picked up five wickets in England’s second innings, after which half-centuries from Shiv Sunder Das and Deep Dasgupta saw the hosts play out a draw.

Former left-arm spinner Venkatapathy Raju tasted moderate success in Test cricket. For a brief period, in the mid to early 90s, he was India’s best slow left-arm bowler at home.

Team India had been preparing turning tracks back then as well. Raju exploited the conditions brilliantly to claim 6 for 87 in Sri Lanka’s second innings, and bowl India to an innings victory. This was the third Test of the three-match series, and the performance saw Team India whitewash the Lankans 3-0.

Raju had claimed five wickets in the first innings as well to play the key role in dismantling the Lankans for 119. He dismissed Aravinda de Silva and Arjuna Ranatunga before wrapping up the tail.

Team India responded with an impressive 358 in their first innings courtesy a captain’s knock of 152 by Mohammad Azharuddin.

Facing a huge deficit, Sri Lanka batted with greater resolve in the second innings. However, once Raju got into the act, the visitors’ innings deteriorated quickly. The left-arm spinner outfoxed the well-set duo of Roshan Mahanama (60) and Hashan Tillakaratne (40).

He added the scalp of Ranatunga (29), and for the second time in the match, ran through the tail. Sri Lanka were all out for 222 as Team India registered a famous whitewash.

By the early 2000s, Harbhajan Singh and Kumble had become Team India’s spin twins. And despite his lack of experience, the Turbanator managed to outshine the senior spinner in the team on a few occasions.

Against Sri Lanka in 2005, in the third Test of the three-match series, Harbhajan ran through the visitors with figures of 7 for 62 in Lanka’s first innings.

Batting first, Team India had posted an impressive 398 on the board. Laxman scored a fluent 104 while all-rounder Irfan Pathan contributed 82 lower down the order.

After Pathan dismissed Sri Lankan opener Upul Tharanga for 2, Harbhajan ran through the top and middle order to push the visitors on the backfoot.

In reply to Ind’s 398, SL were bamboozled out of their wits by the magic of @harbhajan_singh‘s off breaks and @MohammadKaif complemented him well with 3 catches
Only Dilshan crossed 50 as SL were skittled out for 206 only
Bhajju Pa took 7/62 while Kumble took 2/87
Advantage India pic.twitter.com/1vsNx3DT60

In reply to Ind’s 398, SL were bamboozled out of their wits by the magic of @harbhajan_singh‘s off breaks and @MohammadKaif complemented him well with 3 catches
Only Dilshan crossed 50 as SL were skittled out for 206 only
Bhajju Pa took 7/62 while Kumble took 2/87
Advantage India pic.twitter.com/1vsNx3DT60

He dismissed the set Marvan Atapattu (40) and quickly sent back Mahela Jayawardene (0) and Thilan Samaraweera (1). And when Harbhajan cleaned up Kumar Sangakkara for 41, Sri Lanka had lost half their side for 105.

Tillakaratne Dilshan fought hard with 65, but his innings too was ended by the off-spinner as the Lankans were held to 206.

Yuvraj Singh’s second-innings 75 and useful contributions all round saw Team India set Sri Lanka an improbable 509 for victory. Kumble’s five-wicket haul made the visitos crumble to 249 all out as India won the Test by 259 runs.

Team India pacers claiming a five-wicket haul in the fourth innings of a Test in India doesn’t surprise anyone today. However, back in the 1990s, it was as rare as an Indian Test win abroad.

In the first Test of the three-match series against South Africa in 1996, the visitors needed only 170 to clinch victory. Team India were banking on their spin trio of Kumble, Sunil Joshi and Narendra Hirwani to deliver, considering South Africa’s well-known weakness against slow bowling.

Instead, it was fast bowler Javagal Srinath who wreaked havoc with sensational figures of 6 for 21 in 11.5 overs. Running in full steam, Team India’s pace spearhead dismantled South Africa, as skipper Sachin Tendulkar caught the Proteas off-guard with his off-beat tactic.

Srinath trapped Andrew Hudson lbw for a duck and had Darly Cullinan caught behind first-ball. South Africa were two down without a run on the board. He later rattled the middle order, sending back Dave Richardson (7) and Jonty Rhodes (0). Srinath then clean bowled Allan Donald (4) and Paul Adams (0).

South Africa were rolled over for 105 as Team India took a 1-0 lead with a famous 64-run triumph.

India and South Africa managed only 223 and 244 in their first innings respectively, making it a second-innings contest. When Team India were limited to 190 in their second innings, South Africa had the upper hand. They hadn’t accounted for Srinath, though.

Unarguably the greatest all-rounder that Team India has produced, Kapil Dev came up with a sensational bowling performance of 9 for 83 in the West Indies’ second innings in the Motera Test of 1983. The effort came against the famed Windies batting line-up comprising a number of greats.

After West Indies batted first and posted 281 courtesy Jeff Dujon’s 98, Team India only managed 241 in response. As had been the case often, Sunil Gavaskar top-scored with 90. For West Indies, Wayne Daniel stood out with figures of 5 for 39.

With the match on the line, Team India needed someone to put their hand up with the ball. Who else but skipper Kapil to lead the way! After Balwinder Sandhu dismissed Desmond Haynes for 1, Kapil sent back the other opener Gordon Greenidge, cleaning him up for 1.

He also dismissed a dangerous-looking Viv Richards for 20, and trapped both Larry Gomes (25) and Gus Logie (0) leg before. When Kapil sent back his opposite number Clive Lloyd for 33, West Indies had collapsed to 107 for 6.

Kapil kept chipping away at the wickets. However, an unlikely half-century from Michael Holding frustrated the Indians. The Indian captain eventually dismissed him for 58 but the damage was done.

Team India were set 242 for victory but inspired spells of bowling from Holding (4 for 30), Winston Davis (3 for 21) and Malcolm Marshall (2 for 23) trampled India. The hosts collapsed to 103 all out as Kapil’s magnificent effort went in vain.

India and England are all set to lock horns in a 4-Test series, which is spread across two venues in Chennai and Ahmedabad.

After falling to a humiliating 227-run loss in the first Test against England, India are back on the drawing board ahead of the second rubber that starts on Saturday (February 13) at the MA Chidambaram Stadium in Chennai. 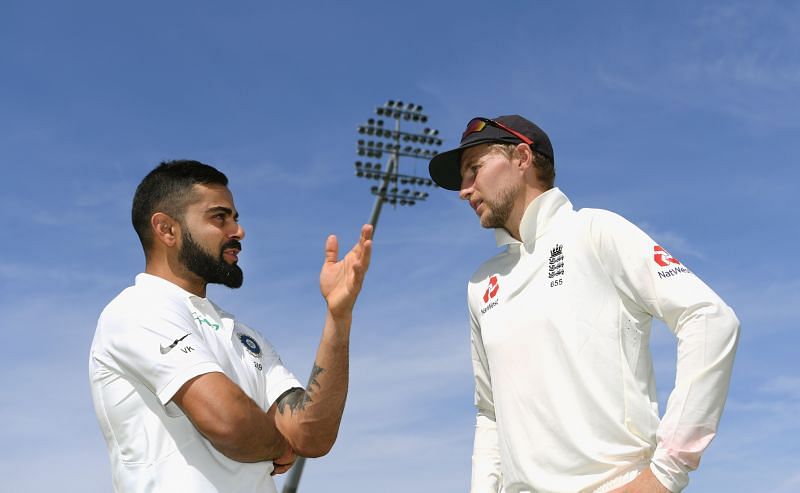 International cricket is all set to resume in India, following the COVID-19-enforced break. England are scheduled to play four Tests against Team India, with the first set to start in Chennai from February 5. 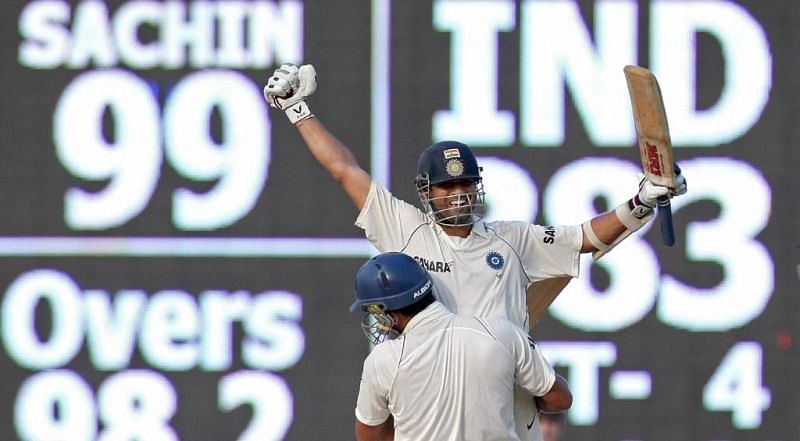 Following the amazing triumph Down Under, Team India are now preparing to face England in a four-Test series at home. The series will mark the return of international cricket to India after the COVID-19 outbreak.