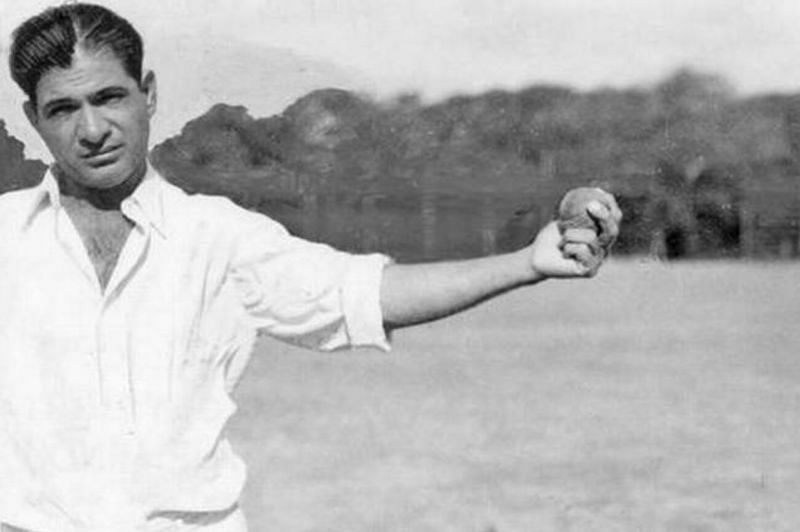 Twenty years and twenty-five Tests since the country started playing the game, India registered their first-ever win in international cricket. February 10, 1952, was etched in golden letters in the annals of Indian cricket. It marked the beginning of numerous incredible feats for a nation obsessed with the sport.

Heading into the fifth year as an independent nation, beating the Englishmen in their own game was something young India had longed for decades.

The big guns of England cricket – Len Hutton, Peter May, Denis Compton and Alec Bedser – had opted out of the India tour. Lancashire’s Nigel Howard was appointed England’s captain, and he would also go on to make his Test debut in the series.

It wasn’t the first time in India’s two-decade-long cricketing chronicles that they found themselves on the back foot after playing well. Selection errors and strategic blunders resulted in a defeat in the fourth Test at Kanpur. England had ensured that they wouldn’t lose the series.

Madras (now Chennai) was the host for the final Test. It was a milestone for India when Vijay Hazare walked out for the toss. India were playing their 25th Test. They had lost 11 and drew 13.

Three years earlier, a Vijay Hazare heroic almost saw India seal off a Test against West Indies at Brabourne Stadium in Bombay (now Mumbai). The Lala Amarnath-led India side fell short of the target by six runs as the Test ended in a draw and India lost the series 0-1.

Chennai and Hazare were destined for history.

Derbyshire’s Donald Carr was leading England due to Howard’s illness. It was only his second Test. The news from the India camp wasn’t positive. Hemachandra Adhikari was ruled out with a wrist injury and Polly Umrigar would walk into the side.

Carr won the toss and elected to bat.

England would soon find themselves tangled in a web spun by Vinoo Mankad, one of the finest all-rounders of that generation.

Mulvantrai Himmatlal ‘Vinoo’ Mankad had lost some of his best years due to the Second World War. He was 29 when he made his Test debut in 1946. The England tour saw him complete the double of 1,000 runs and 100 wickets in all First-Class games. No one has achieved it since.

The sport was Mankad’s livelihood as he was India’s first professional cricketer. He was the poster boy and an icon of the young nation that lived its aspirations through Mankad’s all-round exploits.

The Indian outfit displayed much better fielding in Chennai. England had managed 224 for five at the end of Day One with Vinoo Mankad claiming four wickets. The following day was a forced rest day due to the death of King George VI.

When play commenced, Mankad was at his lethal best. England could add just 42 before losing their next five. Aided by excellent glovework by wicketkeeper Probir Sen, Mankad produced 8 for 55 to bowl out England for 266.

Coimbatarao Doraikannu Gopinath, then 21, was playing his third Test. Chennai was his home ground. He went on to share a 93-run stand with Umrigar in less than an hour and a half.

On the 69th anniversary of the win, Gopinath, the only surviving member of that Indian team recalled the moments from that Test.

“When I got out, I had made only 35 runs. But I was delighted because my favourite shots were the cover-drive and square-cut, and every time I hit a four playing those strokes, my home crowd erupted. Polly Umrigar and I had a partnership of 93. In forcing the pace, I got out. But I was okay with it because I was following my captain’s instructions.”

“Umrigar’s innings just went on and on, and I said to myself: ‘Why did I play like that!’ (Laughs.) I could’ve taken my time and scored a few more runs. But didn’t matter in the end because we won the match and that’s what we all cherish now.”

On a weary wicket, with 191 runs behind, England had an unviable task at hand. Vinoo Mankad continued from where he left off in the first innings and found an able companion in fellow spinner Ghulam Ahmed.

From 117 for three, England collapsed to 183 all out, giving India their first taste of win in international cricket and that too an innings victory.

Indian fans were understandably ecstatic. What about the players?

“We won the match, went back to the dressing room and everybody said ‘well done’. After that, we all went back home!” adds the 90-year-old Gopinath.

Over the next seven decades, India have notched up another 158 Test wins.

Ironically, on the 69th anniversary week of this remarkable feat, a much-stronger Indian side lost a Test against England at the same venue in Chennai. 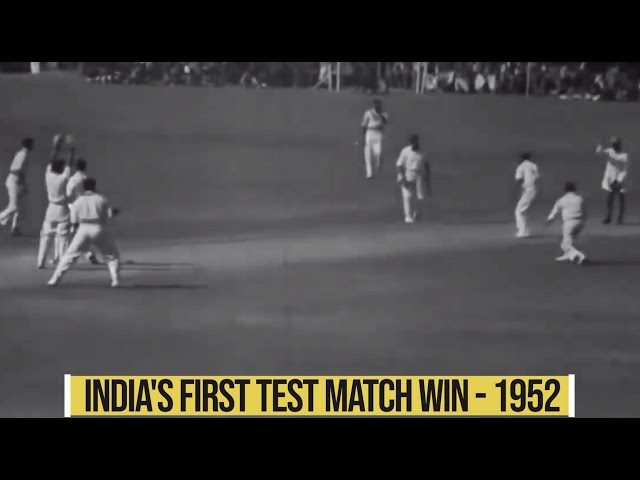 #SKTales #Cricket #INDvsENG Know the Cricketer who got India’s First Test Win ever, Vinoo Mankad | It was here that after 20 years and 24… 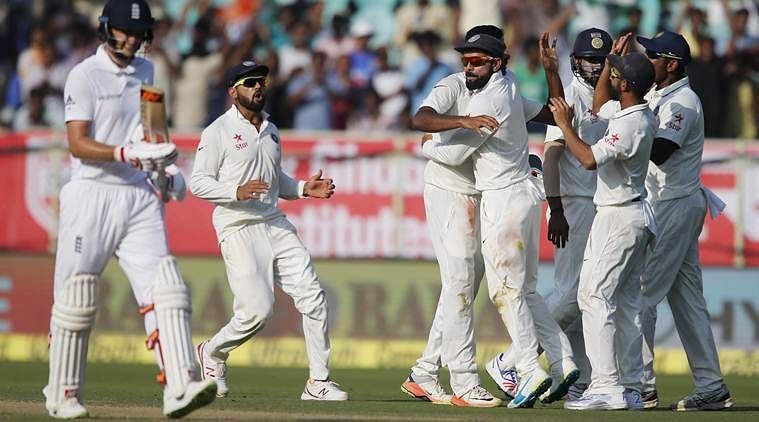 The England versus India Test battle is all set to begin when both the teams take the field on August 1 for the 1st of the 5 match Test series. The series promises to be an evenly contested one as both the teams have their own set of positives as well as some unanswered questions which might come to bother them as the series progresses. With India vying for the tag of best visiting side in the world, a series win in England would be a perfect start to the quest. 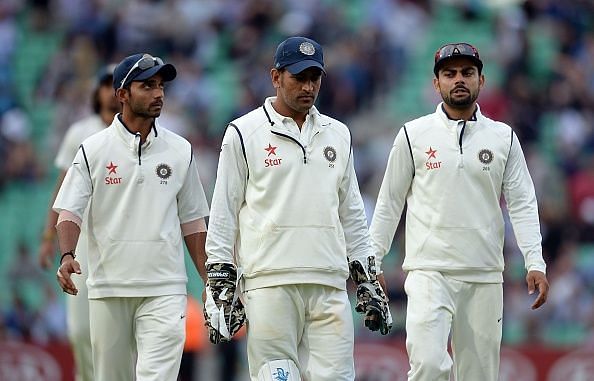 There’s always a sense of anticipation around a full-fledged Indian tour of England. Every cricket aficionado gears up for the healthy contest between the two juggernauts of the sport, so as to relish the riveting competition that thrives between them. 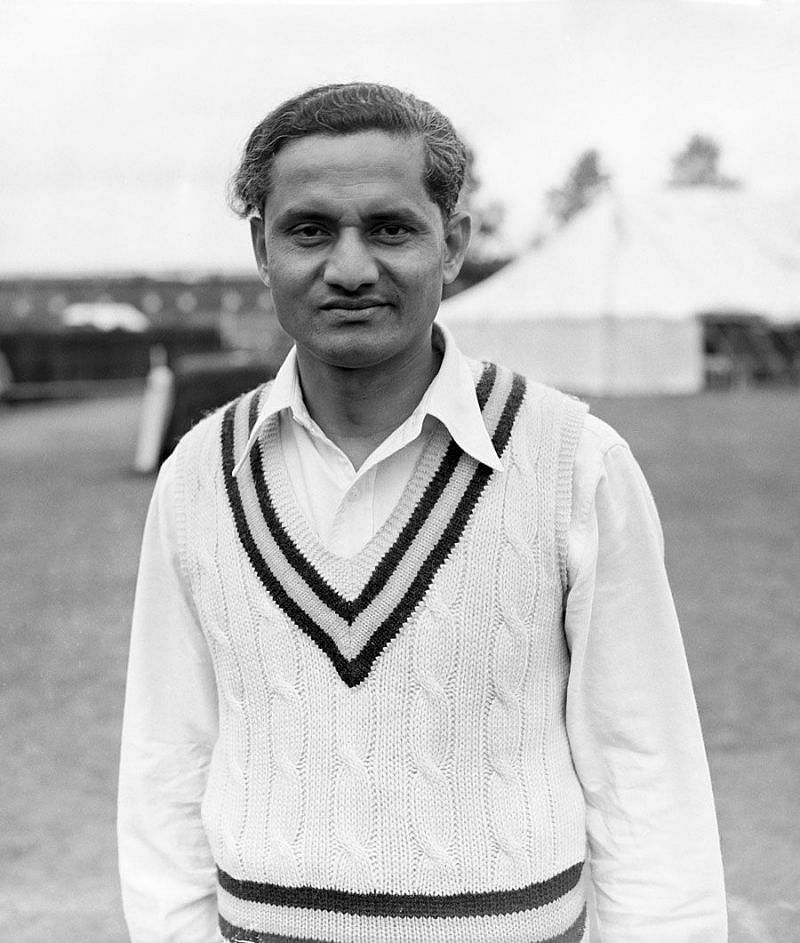 Team India are currently touring England to play three-match T20I series, three-match ODI series and five-match Test series, between July and September 2018. India won the T20I series 2-1 and lost the ODI series 1-2. The India Cricket Team are currently playing the 3rd Test of their five-match Test series, in which England have taken a 2-0 lead against them. In the 1st Test, India lost to England by 31 runs at Edgbaston and in the 2nd Test, England beat India by an innings and 159 runs at the ‘Home of Cricket’, Lord’s.