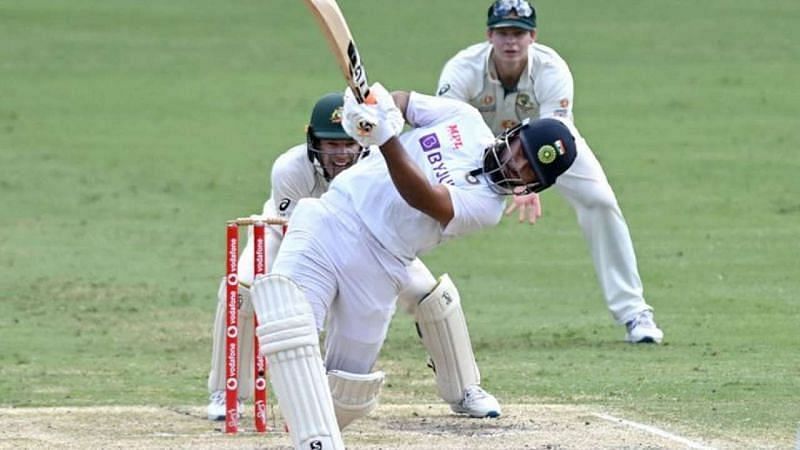 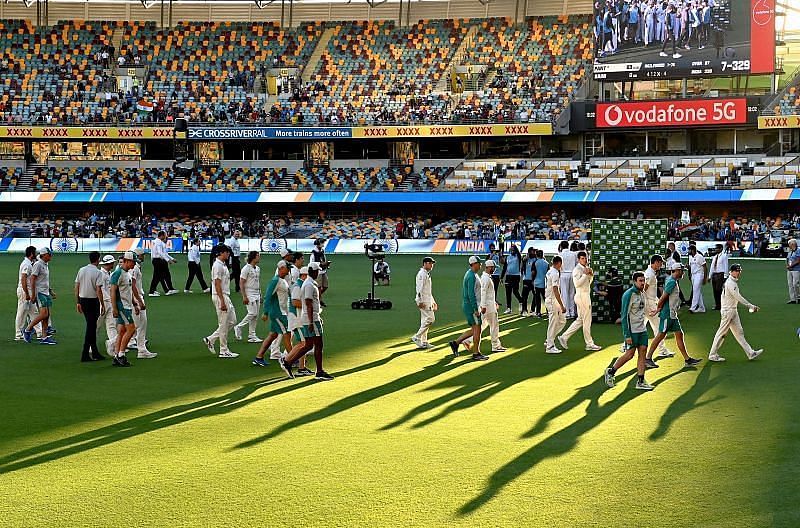 India, led by stand-in captain Ajinkya Rahane, belied the odds to win a win a third-straight Border-Gavaskar trophy after pulling off a daunting 328-run fifth-day chase at The Gabba.

Also HUGE congratulations to @BCCI beating @cricketcomau in their own backyard. A stunning comeback after the capitulation at Adelaide and a triumph in the face of the various adversities of the last few weeks😁👏🏏

Also HUGE congratulations to @BCCI beating @cricketcomau in their own backyard. A stunning comeback after the capitulation at Adelaide and a triumph in the face of the various adversities of the last few weeks😁👏🏏

Speaking in his role as an ambassador for Betfair, Graeme Swann stated he felt that almost every neural cricket fan was supporting India in Brisbane after everything the visitors had overcome in the series.

“In terms of all-time series wins, what India have achieved is right up there. After that first Test match when they were bowled out for 36, to lose the skipper, to have the allegations of racist abuse, the sledging, the frontline seam bowlers, their best spinner – to go through all that and still win is utterly stunning,” said Graeme Swann.

Swann, who took 255 Test wickets for England during his illustrious career, also blasted the Australians for their poor sportsmanship throughout the series, saying in this regard:

“And best of all, it (the Indian victory) made a real mockery of Tim Paine telling the Indians how much he was looking forward to getting them up to Brisbane. There was a bit of schadenfreude going around watching Australia lose that Test match. I thought India responded to that aggro very well.”

Before the tour got underway, it had already been confirmed that regular Team India captain Virat Kohli would miss the final three matches of the series to attend the birth of his first child.

Even with Kohli in the side, India spectacularly imploded in the first Test in Adelaide. Losing the match by eight wickets, Team India had earlier limped to an embarrassing 36 all out.

When Rahane took the reins for the second Test at the MCG, India looked like a different side though. The new skipper led from the front with a ‘Man of the Match’ performance as India levelled the series at one apiece.

A heroic rearguard action on the final day of the third Test from the Indian side, which included a magnificient 97 from Rishabh Pant, meant that they left the SCG with a draw.

The visitors now had a chance of winning the series in the fourth and final Test at The Gabba. But few thought that was possible as Australia had not lost a Test match in Brisbane since 1988. Moreover, India did not have six first-choice players for the decider.

However, when Rishabh Pant hit the winning runs deep into the final session of game to win the match, much of the cricketing world was left astounded, Graeme Swann included.

“The stump microphones did the talking and then India had the last laugh at the Gabba because they’ve gone up there and beaten them where Australia assumed they’d win. Humility is a big thing in sport, and showing an arrogant lack of it, even if it was meant just for intimidation, means that everyone else in the cricketing world would’ve been rooting for India at the Gabba,” continued Graeme Swann.

India will play host to England for a four-match series starting next month. Joe Root’s men will then return the favour in the summer when India visit England for a five-match affair.

However, Graeme Swann believes it could be a tough series for England as India would be pumped up after their historic triumph Down Under.

“This is the strongest Indian team I’ve seen in years. The fact that Rishabh Pant is the fastest Indian keeper to 1,000 runs is a huge deal for India. These guys have got talent to burn but the expectation and the pressure have weighed them down, and a lot of guys have fallen by the wayside because of it,” observed Graeme Swann.

India became the number one Test team in the world following their victory Down Under. Graeme Swann believes that makes India’s upcoming duel with England an even more important series than The Ashes, saying in this regard:

“I’m glad India have gone level with New Zealand at No.1 in the world now because people might actually give deference to the fact that England’s tour there is more important in the whole cricketing picture than the Ashes,” stated Graeme Swann.

Graeme Swann also argued that some of the more junior members of the Indian side may have beneffitted from the brief absence of Virat Kohli from the Test arena.

“In India, they’ve always had this “Big Three” of MS Dhoni, Rohit Sharma and Virat Kohli, and a lot of them do live in Kohli’s shadow. It feels a bit like you have to perform superhuman feats to get noticed. Then all of a sudden Kohli’s not playing, and they are getting more chance to take centre stage and they’ve absolutely revelled in it,” reasoned Graeme Swann.

Regardless of Graeme Swann’s observations, England are likely to have a tough series against India.

The first Test of the series – which kicks off in just a few weeks time – is set to feature Virat Kohli, which would make beating the hosts a much tougher proposition. 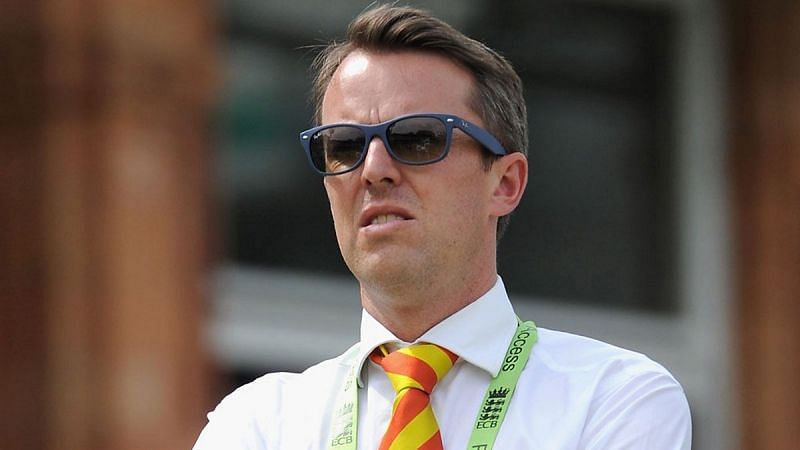 Former England off-spinner Graeme Swann has responded to Gautam Gambhir’s comments earlier this week. The ex-Indian opener said he would be surprised if England managed to win a single Test match during their tour of India.

India’s Ravichandran Ashwin and Afghanistan’s Rashid Khan have received due praise from one of their former counterparts in the spin department. Englishman Graeme Swann, who is currently one among the Sky Sports’ panel of experts in the ongoing Specsavers Test series between India and England, rated the Indian offie as the best spinner in Tests, while lauding Rashid Khan’s efforts as supreme in the T20 department.

Former England spinner Graeme Swann is of the opinion that the Indian team boasting a pace battery consisting of the likes of Jasprit Bumrah, Mohammad Shami and Ishant Sharma are capable of bowling out any team for not many runs on the board. 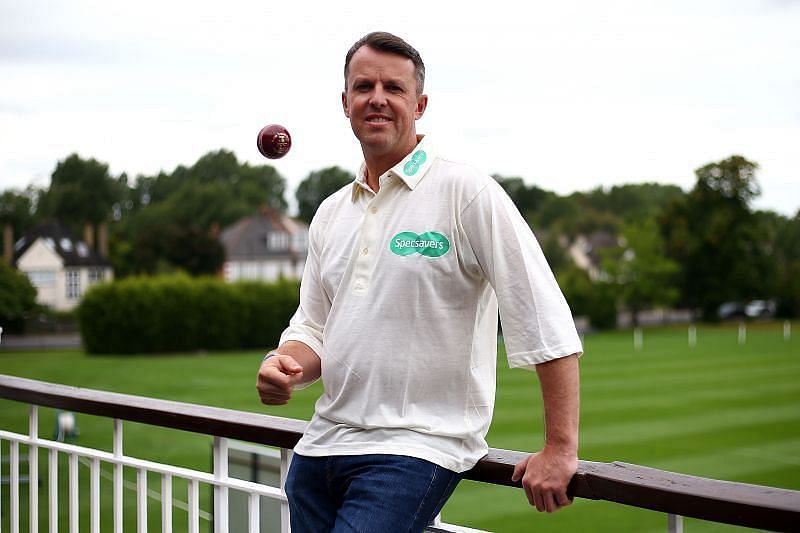 In the midst of the fourth edition of the action-packed Abu Dhabi T10 tournament, former England off-spinner Graeme Swann has revealed which members of Team India he would most like to see play the shortest format of the game.

Former England spinner Graeme Swann feels England would do better to keep their Ashes obsession aside and concentrate on the upcoming Test series against India.