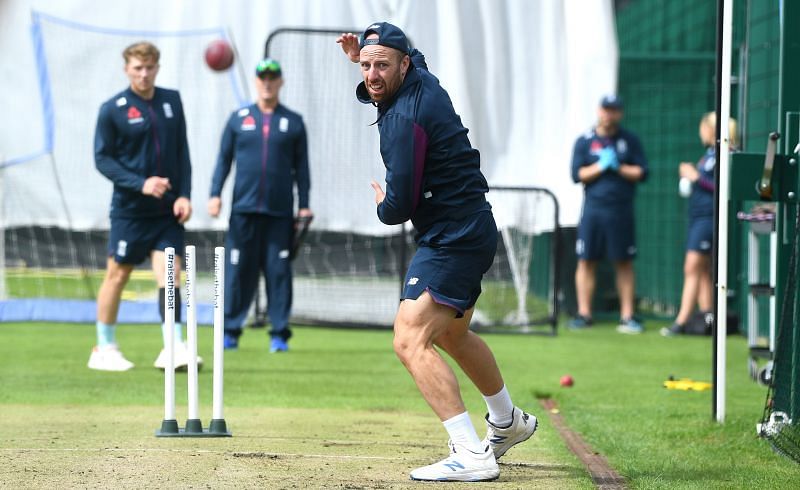 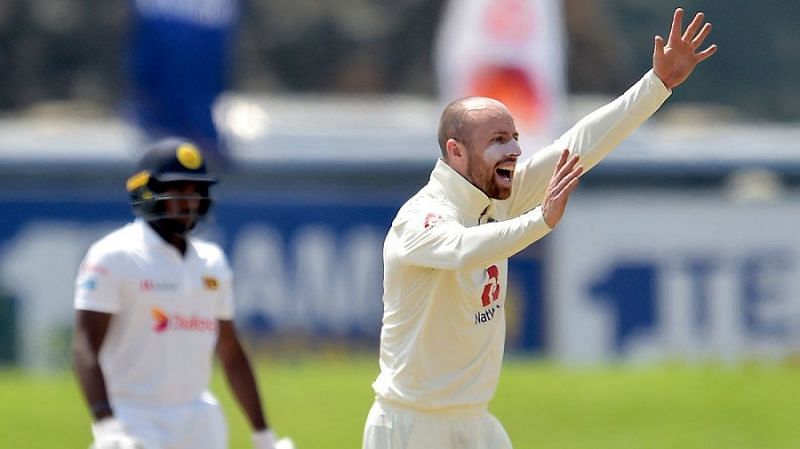 Former England left-arm spinner Ashley Giles tormented batsmen by bowling over the wicket with leg-side traps on the 2001-02 tour of India, and Jack Leach hinted that the visitors might deploy similar tactics in the upcoming four-Test series. But he clarified that he will stick to bowling round the wicket.

Even though England had lost the three-Test series 0-1, Giles attracted widespread accolades for his astute tactics. In the second Test at Ahmedabad, he returned impressive figures of 5 for 67 to skittle India out for a paltry 291.

Justifying his stand of not following in Giles’ footsteps, Jack Leach said his action is more suited to reaping rewards while bowling round the wicket.

“That’s something we have talked about in Sri Lanka, definitely changing our angles and being adaptable with it. Speaking to Gylo [Ashley Giles], something that he found very helpful bowling over the wicket. For him, for his action as well,” Jack Leach said during a virtual press conference on Monday (February 1).

“But I prefer to bowl round the wicket, I feel like I’ve got more dismissals in play. And I won’t want to change something just because someone else did it. It’s about sticking to your strengths and doing that. It might be something we can use at some point for sure,” he added.

England and India will lock horns in the first two Tests at the MA Chidambaram Stadium in Chennai starting Friday (February 5), before relocating base to the newly-constructed Sardar Patel Stadium in Ahmedabad for the next two matches.

Jack Leach was one of the central figures behind England whitewashing Sri Lanka 2-0 away last month. Speaking about preparations for his maiden tour of India, Leach said he will follow video analyses of India’s batsmen and bank on his Sri Lanka exposure.

“We have been watching a little bit of analysis on the Indian batters and kind of get to know how they play. And I think they will cause certain problems, but I had that experience in Sri Lanka as well with guys like Angelo Mathews I’ve found tough to bowl at. So I guess playing in Sri Lanka and playing on those wickets is a good experience to kind of draw on,” Jack Leach, who picked up 10 wickets at an average of 35.50 in the two Sri Lanka Tests, reasoned.

“Yeah, I think it’s mainly about sticking to what I do well and knowing that I’ve had the experience of working against some very good batters in the world. So I don’t know want to complicate things too much, [but] obviously be aware of their strengths,” he added.

Players from both sides have completed their mandatory six-day quarantine and tested negative for COVID-19 thrice. While Virat Kohli’s side had their first outdoor session today evening, England will begin training tomorrow. 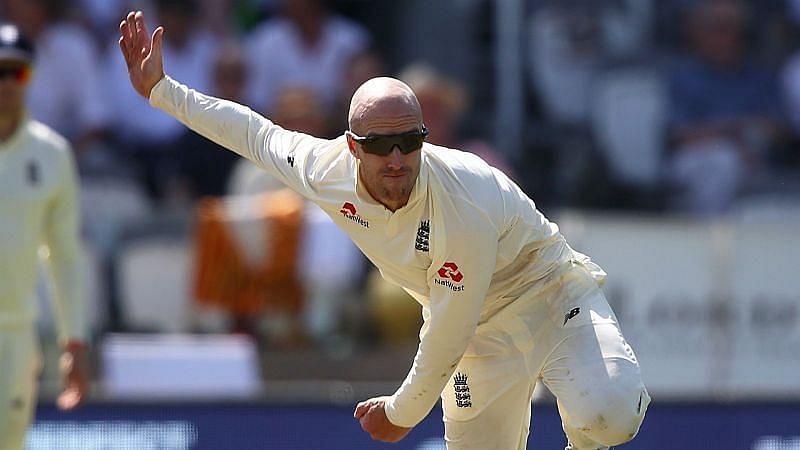 Graeme Swann believes 12-Test-old Jack Leach will be the key bowler for Joe Root’s side in India. One of England’s most successful spinners, Graeme Swann, also advised the English bowlers to play the patient game against India’s batsmen. 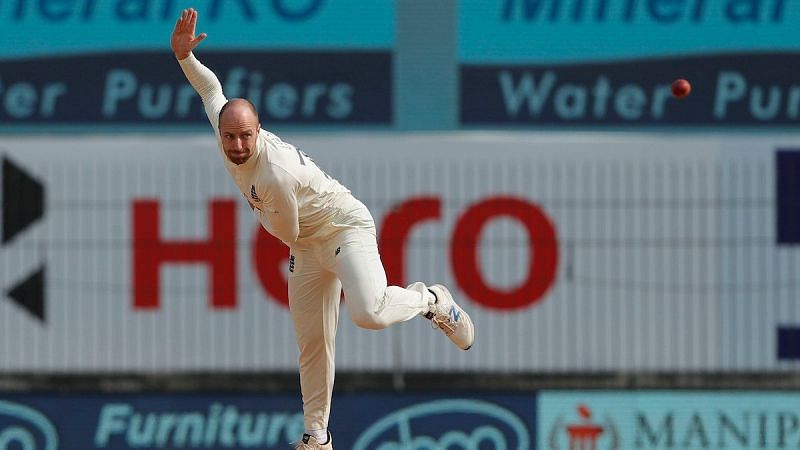 Jack Leach admitted he didn’t enjoy being targeted by Rishabh Pant in the 1st innings of the England Test. The left-arm spinner conceded that he was reminded of the IPL after being hit for a few sixes by Pant.