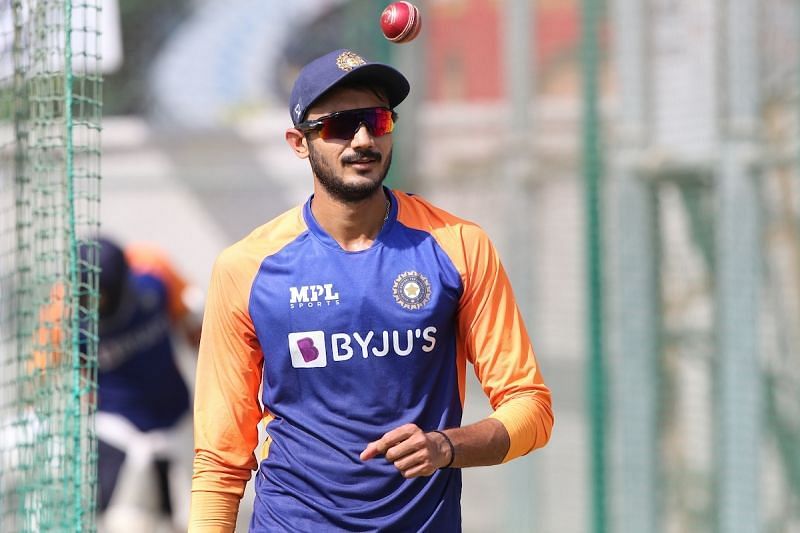 With the third Test ending inside two days, Team India players got some extra rest days. They are now preparing for the final Test in Ahmedabad, which begins on March 4.

“#TeamIndia members gearing up for the fourth and final Test against England.”

Rohit Sharma and Virat Kohli can be seen having a hit with the bat while left-arm spinner Axar Patel is working on his bowling skills. Vice-captain Ajinkya Rahane has also been captured looking to improve his fielding skills.

Team India go into the last Test with a 2-1 lead following their 10-wicket triumph in Ahmedabad.

The loss in the pink-ball Test means England have been eliminated from the World Test Championship (WTC) final race. For India, a win or a draw in the final Test will see them qualify.

Even though a couple of days have passed since the premature end of the pink-ball Test, the controversy over the pitch refuses to end.

While Team India members have continued to defend the surface, a number of former England cricketers have hit out at India over the pitch preparations.

Responding to a query from a journalist over the surface used in Ahmedabad, seasoned off-spinner Ravichandran Ashwin launched a stubborn defense at a recent press conference. He shot back:

“What makes a good surface? Who defines this? Seam on the first day and then bat well and then spin on the last two days? Come on! Who makes all these rules, we need to get over it and not talk about whatever picture you want to paint. If you are asking if it is a good Test surface, I don’t see any of the players coming from England having an issue with the surface. They want to improve, they look like they want to have a contest.”

Meanwhile, former England cricketer David Lloyd wants ICC to look into the matter. Lloyd wrote in his column for the Daily Mail:

“I’m really not bothered who wins when it’s a lottery like this. It’s just not a contest. Yes, techniques have been poor but if this pitch is acceptable to the ICC and there’s more of this there will be huge ramifications for world Test cricket.”

Former England spinner Monty Panesar even stated that India should be docked points if a similar pitch is prepared for the final Test.

Nathan Lyon has said that he would like to bring the curator of the India-England Ahmedabad Test to Sydney Cricket Ground (SCG).

Even as the debate over the Ahmedabad pitch continues, former Australia captain Ian Chappell believes England’s batsmen panicked against the Indian spinners.

Ajinkya Rahane doesn’t expect the Ahmedabad pitch to change too much for the fourth and final Test against England. The Indian vice-captain predicted that the surface would once again assist the spinners when the two teams take to the field on March 4.