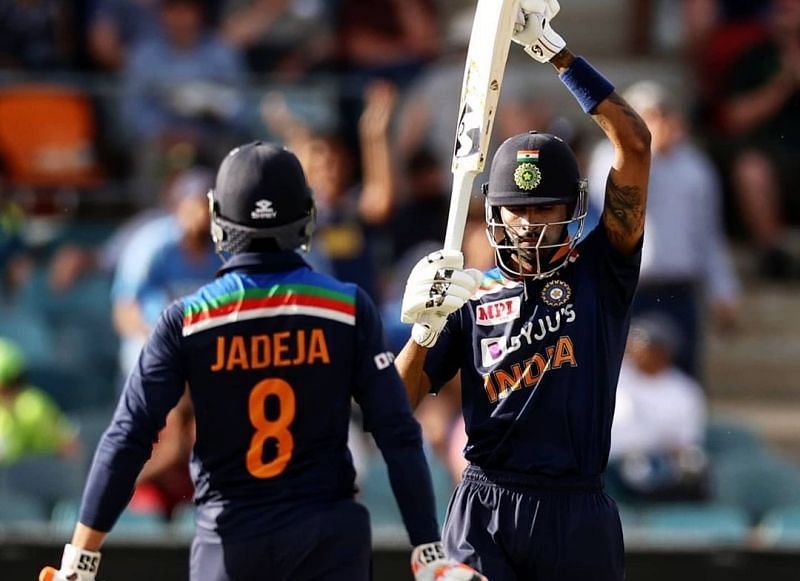 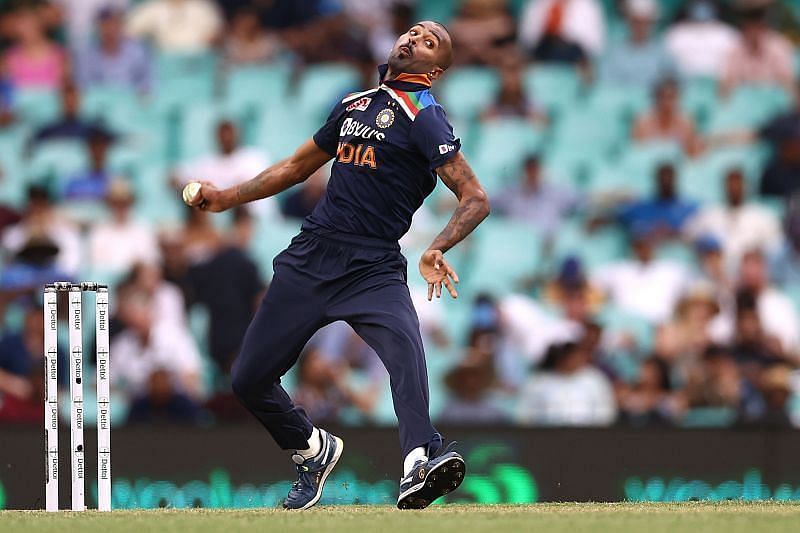 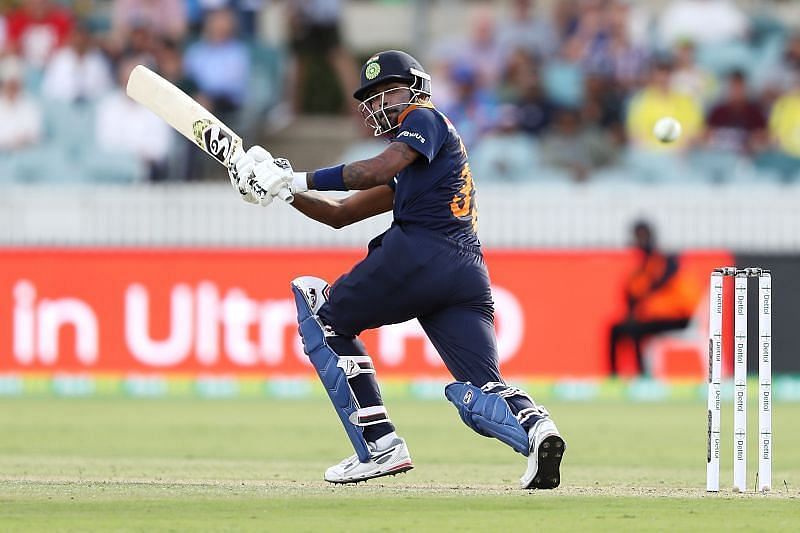 To err is human. But redemption has a sort of heroic feel to it. It is often the story of being through proverbial hell and back. We will all go through it in life at some point or the other. Most, though, will not undergo it in the public eye like Team India’s talented Hardik Pandya.

Back in January 2019, Hardik Pandya, until then of the most promising all-rounders in Indian cricket, found himself at the center of his international career’s biggest controversy thus far. Both Pandya and KL Rahul, currently vice-captain of the limited-overs side in Australia, were suspended and asked to return from Australia where they were to feature in a one-day series.

Hardik Pandya had made some outrageous comments about women on a popular TV chat show. While Rahul did not make any such shocking statements, his act of reacting cheekily to Hardik Pandya’s transgression was viewed as an endorsement of the former’s views.

The hard-hitting batsman issued an apology on Twitter as part of a damage control exercise, explaining that he had got a bit carried away.

“After reflecting on my comments on Koffee with Karan, I would like to apologise to everyone concerned who I may have hurt in any way,” Hardik Pandya said on Twitter.

“Honestly, I got a bit carried away with the nature of the show. In no way did I mean to disrespect or hurt anyone’s sentiments. Respect,” he added.

Meanwhile, in Australia, Indian captain Virat Kohli was also forced to issue a statement, and clear the team’s stance on the issue, ahead of the ODI series against the Aussies.

“From the Indian cricket team’s point of view, this changes nothing in our beliefs in the change room, it does nothing to the spirit we have have been able to create,” Kohli said.

“Definitely it has to hit hard, they (Hardik, Rahul) will definitely understand the things that have not gone right,” Kohli added in rather stern words.

The controversy blew up to such an extent that the participation of the duo in the 2019 World Cup looked uncertain. Luckily, for Hardik Pandya and Rahul, the erring duo was let off with a warning, having ‘learned from their mistakes’, even as an inquiry was set up to look into the matter. The decision meant both Hardik Pandya and Rahul were available for World Cup selection.

When it rains, it pours. The back injury that Hardik Pandya had picked up during the 2018 Asia Cup in September 2018, resurfaced during the final T20I against South Africa in Bengaluru a year later.

He underwent surgery for the lower-back injury in London and was likely to be out of action for the next two to three months. After numerous speculations over his participation in IPL 2019, he recovered in time. Hardik Pandya played a stellar role in Mumbai Indians’ record fourth title triumph, scoring 402 runs in 14 matches at an incredible strike rate of 191.42, and 14 wickets at a strike rate of 18.21.

At the start of 2020, Hardik Pandya stunned fans, announcing his sudden engagement to Serbian model and actor Natasa Stankovic. In his typical colorful style, Hardik popped the question on a yacht during his New Year getaway with Natasa in Dubai.

Natasa shared the video on Instagram, in which the cricketer is seen going down on one knee and putting a ring on her finger. The duo then cut a cake with ‘HP loves NATS’ written on it. “Forever yes @hardikpandya93,” she captioned the post.

The news of Hardik Pandya’s engagement was yet to sink in when the medium pacer announced in June 2020 that he was going to be a father soon. Since he became a father, Hardik Pandya has been a different person. The 27-year himself admitted that fatherhood has changed him for good

“The feeling (of being a father) is obviously different. When you have a kid, you automatically become calmer. You think about life in a different way. I think my perspective towards my family has changed, and I have changed as a person. And, I think the change has come for the better,” the all-rounder, who is playing as a specialist batsman Down Under, revealed after his knock of 90 in the first ODI at Sydney.

Even after winning the man of the match for his stupendous 92 not out at Canberra, which helped India avoid a 0-3 whitewash, Hardik Pandya reiterated that he preferred being called a ‘father’ than a rockstar.

“I am fine if Jadeja keeps that role (rockstar of the team). I am a father now, so I would like to rather be called a dad now,” the big-hitting batsman said of Ravindra Jadeja, with whom he featured in a momentum-changing sixth wicket partnership of 150 at Canberra.

Hardik Pandya’s new-found calmness as a person has also been reflected in his batting. Unlike in the past, when it was all about going hammer and tongs for the talented batsman, he has displayed greater awareness of game situations, both at Sydney and Canberra. Placing a price tag on his wicket, he has chosen his strokes with precision, befitting of a senior pro.

The swagger with which the 27-year-old youngster would charge out to the middle has also been replaced by the confident walk of a thinking cricketer. All the theatrics that made him a fan favorite are slowly disappearing. But the Indian team shouldn’t mind one bit. They would willingly swap Hardik Pandya’s style for substance on any given day.

On a lighter note, with Hardik Pandya vacating the hot seat, the mantle of Team India’s showman is up for grabs! 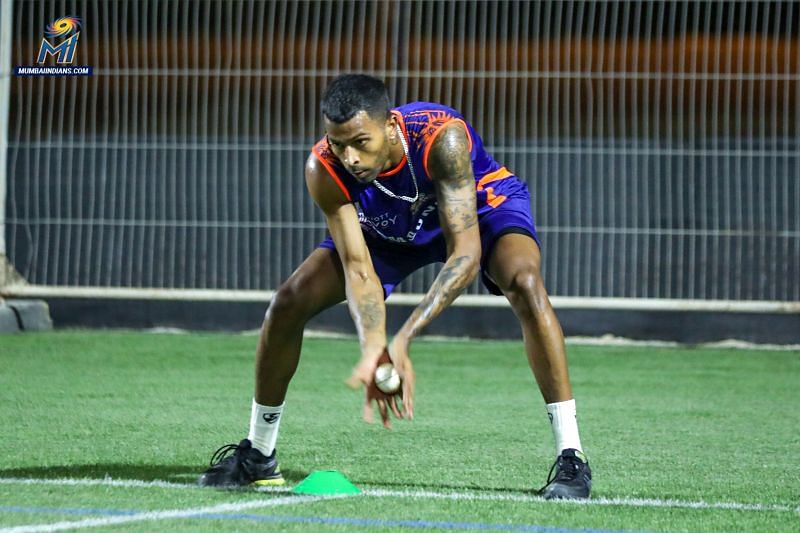 Mumbai Indians all-rounder Hardik Pandya is ‘more excited than nervous’ to resume playing cricket after being on the sidelines for the past one year. He said cricketers should just focus on IPL 2020 and not get distracted by whatever is happening around.

After a fantastic ending to 2020, Hardik Pandya hit the grounds in the New Year to ‘hustle’ ahead of a hectic year. Pandya will likely return to the cricket field during the Indian cricket team’s upcoming home series versus England.