Here’s the good news: SpaceX landed a giant Starship for the first time Wednesday (March 3), after reaching an altitude of 6.2 miles (10 kilometers). The bad news: It exploded 8 minutes later.

After two similar tests ended with Starships SN8 and SN9 failing to slow down enough before landing and exploding on impact, SpaceX tried a new technique for the landing of SN10. All three rocket engines at the bottom of the 160-foot-tall (49 meters), 30-foot-wide (9 m) machine ignited as the rocket righted itself before landing; the rocket also was able to slow down enough to make a soft landing. On SpaceX’s YouTube feed, John Insprucker, the company’s principal integration engineer, declared the landing a success and closed the stream.

He emphasized, as SpaceX often does, that the success of the test is determined by data collected, not a perfect landing.

It was Starship’s most impressive achievement to date, and immediately demonstrated how far the project — intended to one day reach the moon and Mars — has come even in the last few months of work in Boca Chica, Texas.

But as the dust cleared, it became clear that SN10 had crunched a bit on impact, sitting on the pad with a pronounced, awkward lean. A fire broke out at the base, and video streams from both NASA Spaceflight and Lab Padre showed a robotic fire extinguisher unsuccessfully battling the flames.

Eight minutes after touchdown, about 14 minutes and 45 seconds after takeoff, there was a powerful explosion somewhere inside the rocket, which uses combustible methane as propellant. The heavy metal structure was hurled into the air a second time by the blast.

And just when we thought the fun was over, SN10 took to the skies for a second time today! 😂 Great view from @LabPadre. pic.twitter.com/amX4nR91X5March 3, 2021

As of this writing, it’s still not clear precisely what caused the explosion. 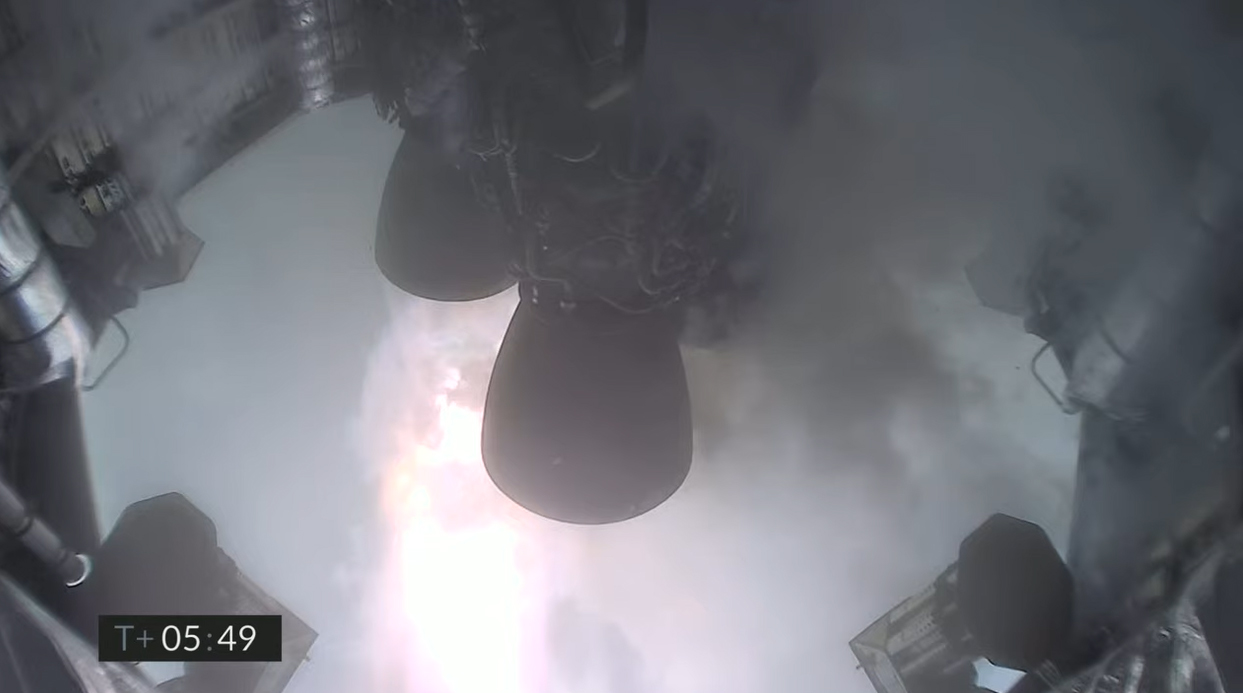 Skywatchers in the Pacific Northwest saw an unexpected display of pyrotechnics overhead on Thursday night (March 25).

NASA conducted its second major test of its powerful new moon rocket, and this time it only caught on fire a little bit.