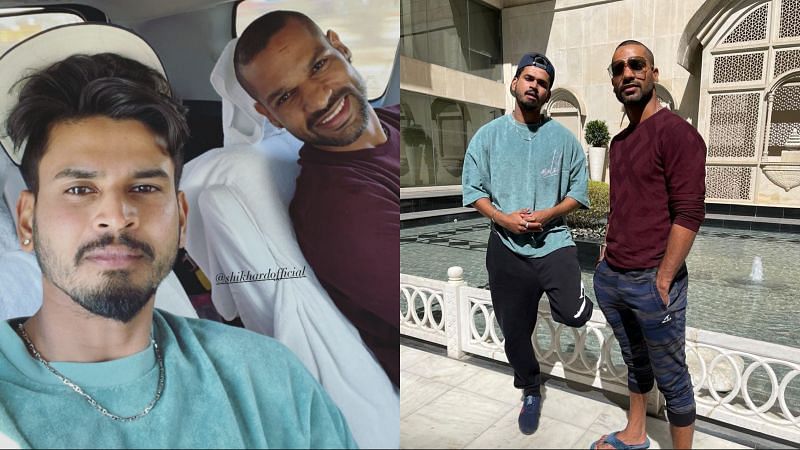 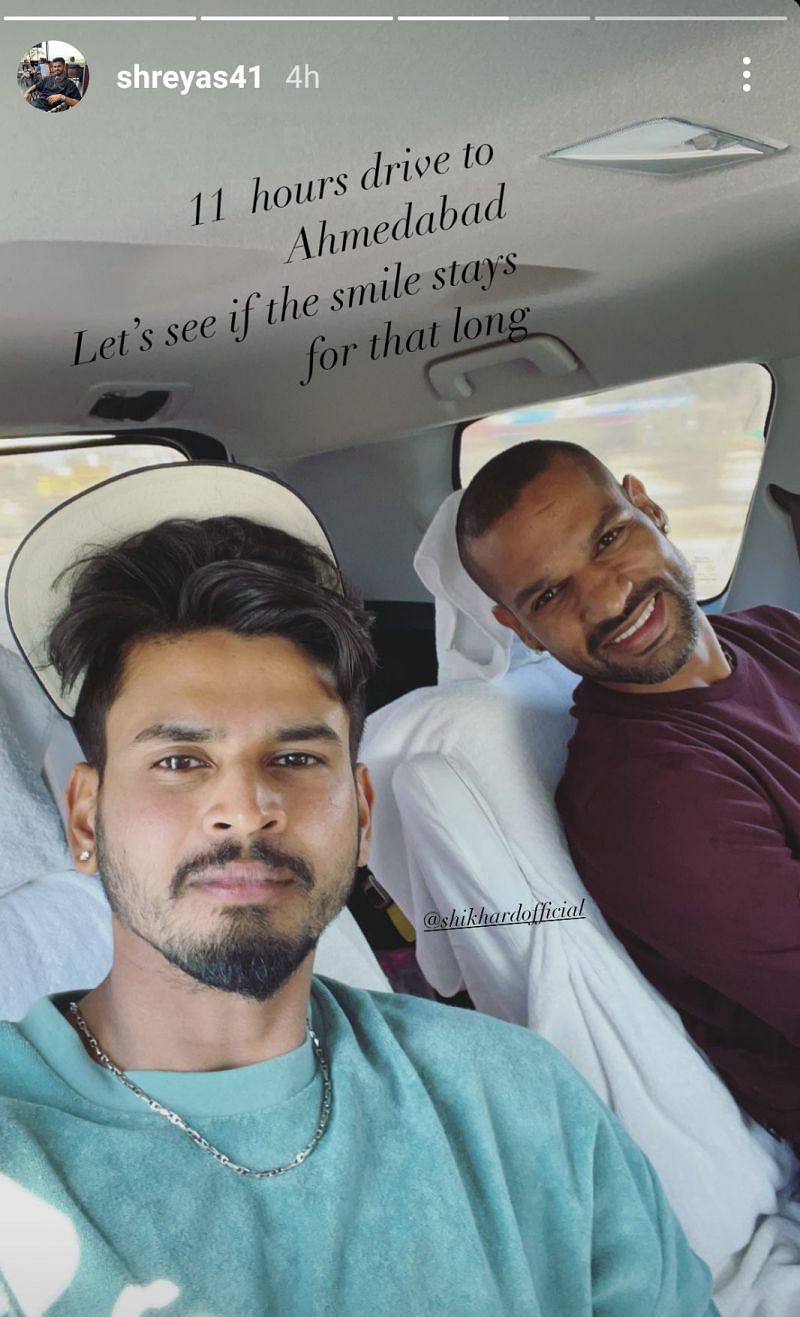 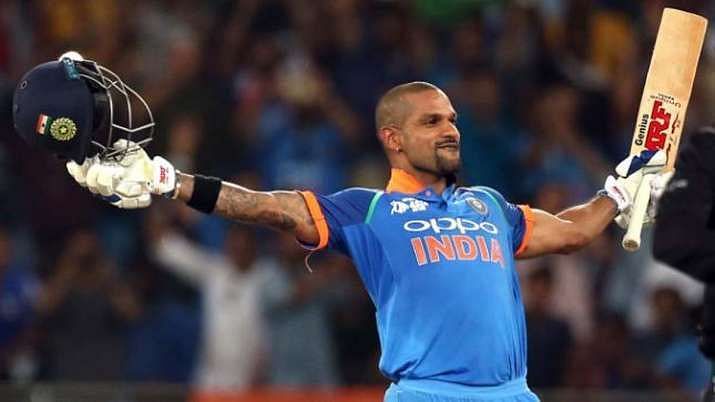 Shikhar Dhawan and Shreyas Iyer took an 11-hour road trip to Ahmedabad to join the Indian cricket team ahead of the five T20Is against England. Both Dhawan and Iyer were in Jaipur, playing for Delhi and Mumbai, respectively, in the Vijay Hazare Trophy 2021.

Mumbai and Delhi secured the top two spots in the Elite Group D points table to progress to the next round. Shikhar Dhawan and Shreyas Iyer will not be available for the knockouts as they will play for the Indian cricket team in the England T20Is.

Shreyas Iyer posted a story on Instagram to update fans about his road trip with Shikhar Dhawan.

“11 hours drive to Ahmedabad. Let’s see if the smile stays for that long,” Shreyas Iyer captioned the selfie.

Earlier this week, Shardul Thakur took a road trip to join the Mumbai cricket team in Vijay Hazare Trophy 2021. Thakur was a part of the Indian Test squad, but the BCCI released him before the pink-ball Test in Ahmedabad.

The cricketers have preferred taking road trips to avoid quarantine. If they use a train or a flight to travel, they will have to isolate themselves and return COVID negative to enter the other team’s bio-bubble.

Shikhar Dhawan and Shreyas Iyer play together for the Delhi Capitals in the IPL. They have batted in the middle order multiple times in their careers. Hence, there is an excellent bonding between the two cricketers, and the same was visible on social media today.

Both Iyer and Dhawan posted a photo from their road trip. In his post’s caption, Dhawan mentioned that he felt great to be back with the Indian cricket team after almost three months. Even Shreyas Iyer had been away from the international arena during Team India’s Test series against Australia and England.

“Playing it cool with Mr Iyer. Great to be back with Team India,” Shikhar Dhawan wrote. 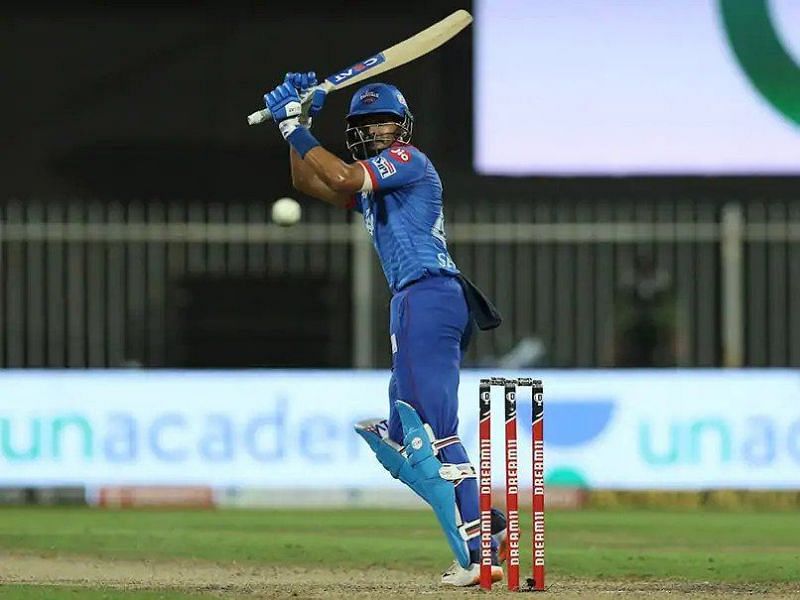 Delhi Capitals skipper Shreyas Iyer believes that the franchise fell about 10 runs short while setting a total in the first innings, which led to their defeat at the hands of Kings XI Punjab on Tuesday.

Delhi Capitals skipper Shreyas Iyer was over the moon as his team beat the Surisers Hyderabad by 17 runs in Qualifier 2 of IPL 2020. With this win, DC have made it to the first-ever final in their IPL history.

Shreyas Iyer has stated that captaining a team of the Delhi Capitals’ stature gives him a lot of pride. He had taken the responsibility of captaincy for the first time in 2018 when the franchise was called Delhi Daredevils, and Gautam Gambhir had stepped down from captaincy halfway through the tournament.

The Delhi Capitals (DC) come into the 13th edition of the Indian Premier League (IPL 2020) as firm favourites, which is a position that they’ve very rarely found themselves in in the past.