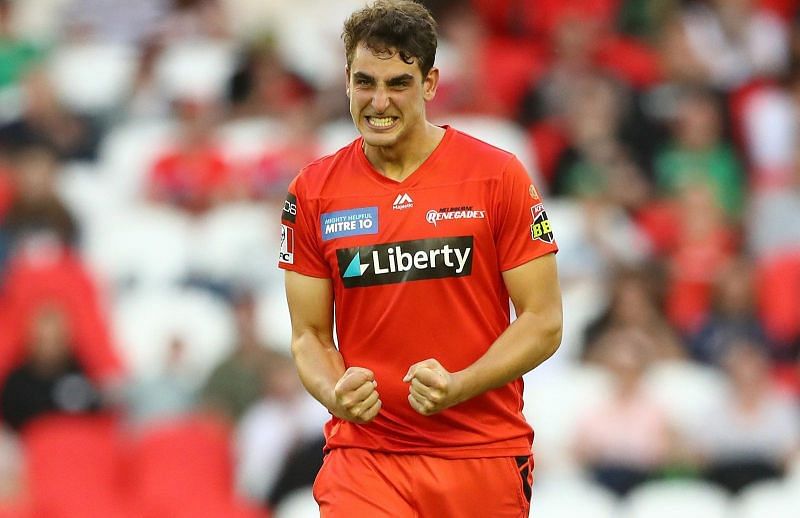 Shane Warne has backed Melbourne Renegades‘ spinner Peter Hatzoglou to attract attention when the IPL auction gets underway next month. The Australian said that Peter Hatzoglou’s bowling style makes him an attractive proposition on Indian wickets.

The Renegades star has been one of Big Bash’s breakout stars this season. Peter Hatzgolou has gone from strength to strength after being picked as a local replacement, and his latest performance took him to 9th place in this year’s wicket-taking charts. He now has 16 wickets from 12 games this season.

Shane Warne was in awe of Peter Hatzoglou’s performances this season, as he spoke on Fox Cricket about the 22-year-old’s IPL prospects.

“I think there would be a lot of interest in Hatzoglou around the world. Especially in the IPL and tournaments like that. I bet you he gets picked up in the IPL, the way he’s bowled. A lot of the franchises over there will look at him and go ‘Wow, he could be a real handful in India’”

Peter Hatzoglou finishes with 2-34 for the Renegades, claiming two big wickets in his final over. #BBL10 pic.twitter.com/qLauVchu5J

Peter Hatzoglou finishes with 2-34 for the Renegades, claiming two big wickets in his final over. #BBL10 pic.twitter.com/qLauVchu5J

Peter Hatzoglou’s rise has been meteoric, to say the least. A few years ago he was playing third-grade premier cricket for Melbourne University and now he is the talk of the town. A leggie known for bowling at pace, Shane Warne is left impressed with Hatzoglou’s bowling style.

“I’ve been impressed with this guy. I think the way he bowls, the way he bowls it into the pitch, he gives it a fearful fizz in his hand before he bowls. He’s not a big spinner of the ball, but he does bowl out the back of the hand so he does bowl leg breaks. He can get the occasional one to straighten. He’s looking to bowl the ball fast, into the pitch, and hit the top of the stumps.”

Australian spinners haven’t really performed in the IPL. But Shane Warne believes Peter Hatzoglou could change that come IPL 2021. The fact that he is difficult to score off could work to his advantage, feels Shane Warne.

Melbourne Renegades fan favourite Peter Hatzoglou is attracting attention from clubs at home and abroad after becoming one of the breakout stars of the BBL season: https://t.co/mvDvrK7Z0V#BBL10 | @martinsmith9994 pic.twitter.com/FTjURcggDs

Melbourne Renegades fan favourite Peter Hatzoglou is attracting attention from clubs at home and abroad after becoming one of the breakout stars of the BBL season: https://t.co/mvDvrK7Z0V#BBL10 | @martinsmith9994 pic.twitter.com/FTjURcggDs

Shane Warne wasn’t the only former cricketer left impressed by Peter Hatzoglou. IPL veteran Michael Hussey agreed with Shane Warne, explaining how batsmen may struggle to score against the man who has the same number of BBL wickets as Rashid Khan this season.

“He would be hard to face because he doesn’t give it any air. You can’t skip down the pitch to him and use your feet. For a right-hander, he’s angling in all the time so it’s hard to get your arms free to swing him out of the park as well.” 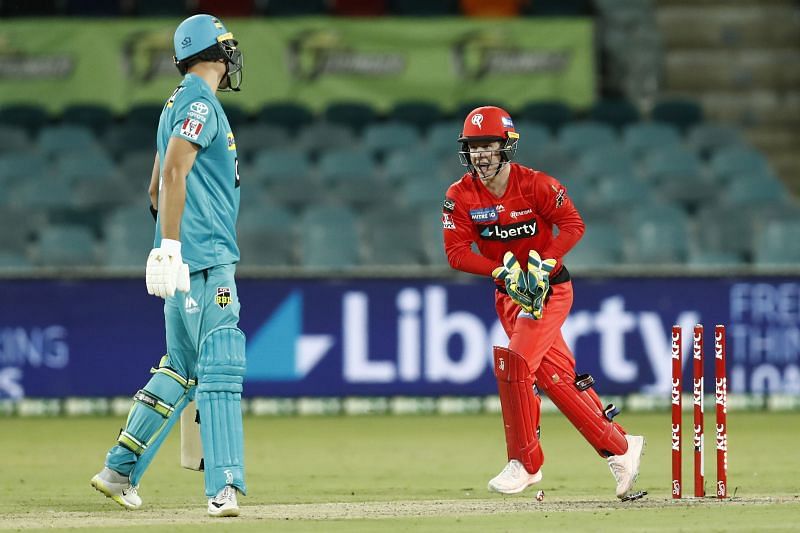 Brisbane Heat continued their decent run as they defeated Melbourne Renegades by five wickets in the season’s 39th BBL encounter. Chris Lynn’s 50 and a cameo by Joe Burns helped the Heat chase down Melbourne Renegades’ modest target of 150 in 18.4 overs.

The 2nd round of the BBL SuperCoach Fantasy League has come to an end with the game between the Melbourne Stars and the Perth Scorchers being washed out. The round saw some exhilarating games such as the one between the Brisbane Heat and the Sydney Thunder in which Daniel Sams played an innings of a lifetime to take his side to victory.

The Perth Scorchers clashed with the Melbourne Renegades at the Blundstone Arena in Hobart in their first encounter of the 2020-21 BBL season. The Melbourne-based outfit secured a comfortable win by 7 wickets as they chased the Perth Scorchers’ total of 130 runs in 16.3 overs.

Melbourne Stars piled more misery on their derby rivals, Melbourne Renegades as Glenn Maxwell and his team emerged victorious by six wickets in the BBL encounter on Sunday. The Stars have now climbed to the third spot on the BBL points table with back-to-back wins.

Melbourne Renegades showed they still have some fight left as they registered their second win of the BBL season by defeating the Adelaide Strikers. Chasing a challenging total of 178, Mohammad Nabi scored a superb unbeaten 71* to guide his team home. With this win, the Renegades halted their seven games losing streak in the BBL.