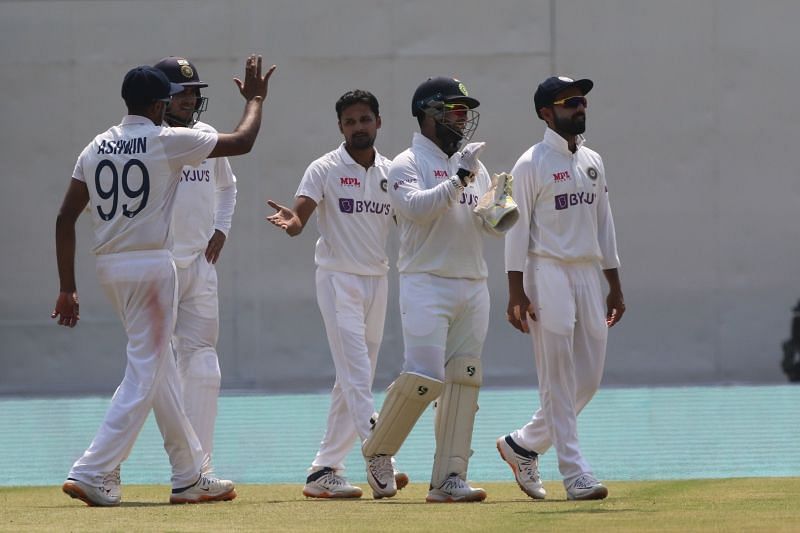 Root hardly put a foot wrong during his brilliant 218. Having hit 19 fours and two sixes in his 536-minute stay, his magnificent innings came to an end when he was trapped lbw by Shahbaz Nadeem. Speaking at the end of the second day’s play, the left-arm spinner admitted:

“Joe Root is really a good player and looking at the recent outing he has been in red hot form. He is sweeping very well so if you are bowling to him, you have to come up with plans like a bowl at stumps and not pitch the ball outside the line of the stumps.”

The 31-year-old added that Root made life difficult for the spinners by sweeping, and explained that bowlers need to be patient in such situations. Shahbaz Nadeem further said:

“Every spinner faces some problem when the batsmen start sweeping the ball but at the same time, you have to stick with your line and length. Wait for your time, wait for the batsmen to make a mistake.”

Apart from Root, England all-rounder Ben Stokes also played an impressive knock. He scored 82 from 118 after deciding to be aggressive. Shahbaz Nadeem conceded that Stokes forced him to change his line. The left-arm spinner stated:

“I feel I was trying to bowl on the rough outside the off stumps but he was trying to counter-attack me by laying reverse sweep. Yeah, he did change my line and length.”

In a surprise move, Shahbaz Nadeem was picked over the experienced Kuldeep Yadav in the playing XI for the first Test. The bowler, however, claimed that he was mentally prepared for the game. Shahbaz Nadeem informed:

“I was in the stand-in squad and had got a hint a day before the first that I might get a chance to feature in the playing XI. So I was mentally prepared for the game.”

Root’s double hundred and Stokes’ 82 saw England end Day 2 in a commanding position, at 555 for 8. During his knock, Root became the first cricketer in history to score a double hundred in his 100th Test.