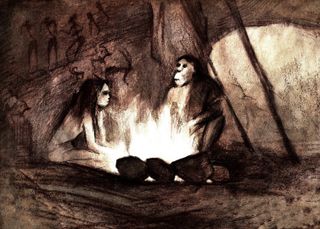 Sesame seed-size brains created from a mix of human and Neanderthal genes lived briefly in petri dishes in a University of California, San Diego laboratory, offering tantalizing clues as to how the organs have evolved over millennia.

Scientists have long wondered how human beings evolved to have such big, complex brains. One way to figure that out is by comparing modern genes involved in brain development with those found in our ancient cousins. Though scientists have found plenty of fossilized remains from Neanderthals — cousins of modern humans that died out about 37,000 years ago — they have yet to find a preserved Neanderthal brain. To bridge that gap in knowledge, a research team grew tiny, unconscious “minibrains” in petri dishes. Some of the brains were grown using standard human genes, and others were altered using the gene-editing tool CRISPR to have a brain development gene taken from Neanderthal remains.

It’s not the first time tiny brains have been grown for research, as Live Science has reported, but it is the first time anyone has cultivated a hybrid of the human organ with an ancient human cousin.

Specifically, the researchers replaced the human NOVA1 gene in some of the stem cells used to grow the minibrains with a NOVA1 gene pieced together from genetic remnants in the bones of long-dead Neanderthals. NOVA1, researchers know, plays a role in brain development.

The difference between the completely human brain and the human-Neanderthal hybrid was immediately obvious, Alysson Muotri, a neuroscientist at UCSD who led the project, told Nature.

Moutri and her team chose NOVA1 for their experiment because it plays a role in forming the connections between nerves, and because damage to this gene can lead to neurological disorders — making it a key target of study for researchers hoping to understand the brain.

Neanderthal NOVA1 genes are also relatively easy to synthesize. Only one letter in their genetic code is different from the human variant.

The paper was published Feb. 12 in the journal Science.

Disembodied human tear glands, grown in petri dishes in a laboratory in the Netherlands, have the ability to cry — and the scientists who created them have already grafted them into the eyes of living mice.

Using lab-grown mini-brains, scientists have figured out why humans have bigger brains than those of apes.

Over the course of the Pleistocene epoch, between 2.6 million years ago and 11,700 years ago, the brains of humans and their relatives grew. Now, scientists from Tel Aviv University have a new hypothesis as to why: As the largest animals on the landscape disappeared, the scientists propose, human brains had to grow to enable the hunting of smaller, swifter prey. 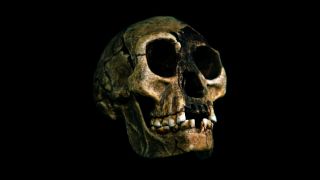 The extinct human lineage nicknamed “the hobbit” may not be a distant relative of modern humans as previously thought. Instead, hobbits may be members of the mysterious close relatives of modern humans known as Denisovans, and may have interbred with ancestors of modern humans on the islands of Southeast Asia, researchers say.

New facial reconstructions of two early humans, famously known as Lucy and the Taung child, show how these two individuals may have looked when they lived in Africa millions of years ago.