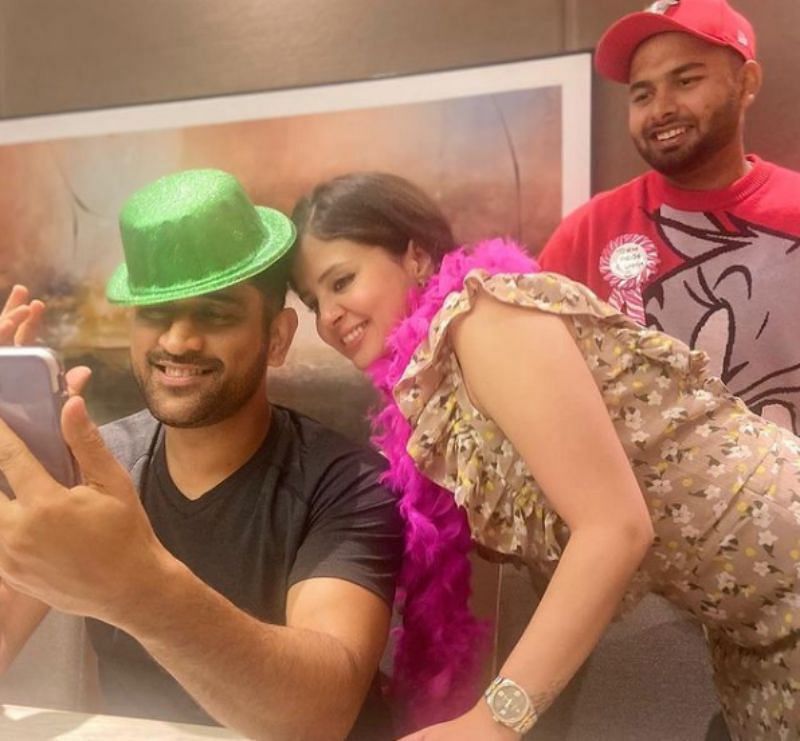 Rishabh Pant has become an overnight hero following his exploits with the bat Down Under. On Tuesday, MS Dhoni’s wife Sakshi shared an endearing picture with MS Dhoni and Rishabh Pant and her in one frame.

Dhoni is spotted wearing a green hat with a mobile in hand, and all the three are seen smiling mischievously. Incidentally, Rishabh Pant is seen wearing the same red T-shirt, which he was wearing in a picture he posted a social media a couple of days back with the caption:

“How many of you have watched this cartoon (Tom) on my T-shirt.”

Rishabh Pant was India’s leading run-getter in the Test series Down Under. He amassed 274 runs at an average of over 68 with two half-centuries. He hammered 97 at the SCG to give Australia a real scare despite the hosts having over 400 to defend.

At the Gabba, Rishabh Pant went one step ahead and took India all the way in a record chase of 328 with a magnificent 89 not out. He also hitting the winning runs.

With the euphoria of the Australia win gradually subsiding, India are preparing for the four-match home Test series against England which starts on February 5.

The 23-year-old played down all comparisons with Dhoni when asked by reporters about the same after returning to India from Australia. He was quoted as saying:

During the Gabba Test, Rishabh Pant overtook Dhoni to become the fastest Indian wicket-keeper batsman to cross the 1000-run mark in Test matches. The left-hander reached the landmark in 27 innings. Dhoni took 32 innings to reach the same milestone.

Farokh Engineer (36 innings), Wriddhiman Saha (37 innings), Nayan Mongia (39 innings), Syed Kirmani (45 innings) and Kiran More (50 innings) are the other Indian wicket-keepers with over 1000 runs in the longer format of the game.

While Rishabh Pant may be struggling to pin down his place in the Indian team at the moment, former India all-rounder Madan Lal believes he deserves more opportunities. Speaking to Sportskeeda’s Indranil Basu in an exclusive chat, Madan Lal said that although Rishabh Pant was struggling at the moment, you are not likely to find another player with his match-winning abilities. 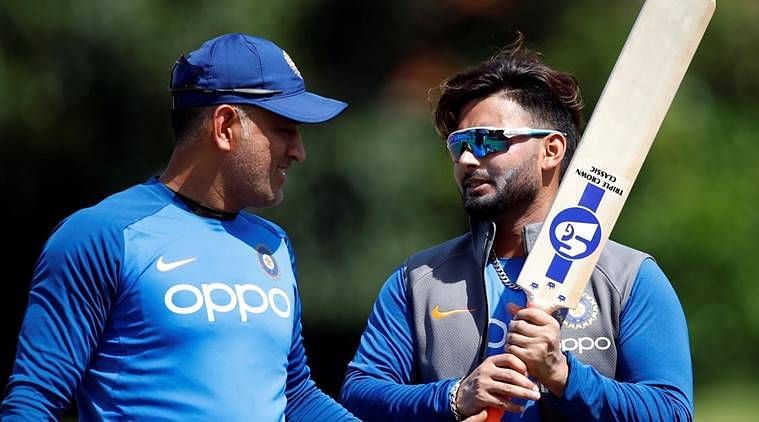 Former India fast bowler Ashish Nehra believes that Rishabh Pant at 22 years of age has more natural talent than former India skipper MS Dhoni had at 23. Rishabh Pant has been constantly criticized for his poor shot selection and inconsistency in India colours.