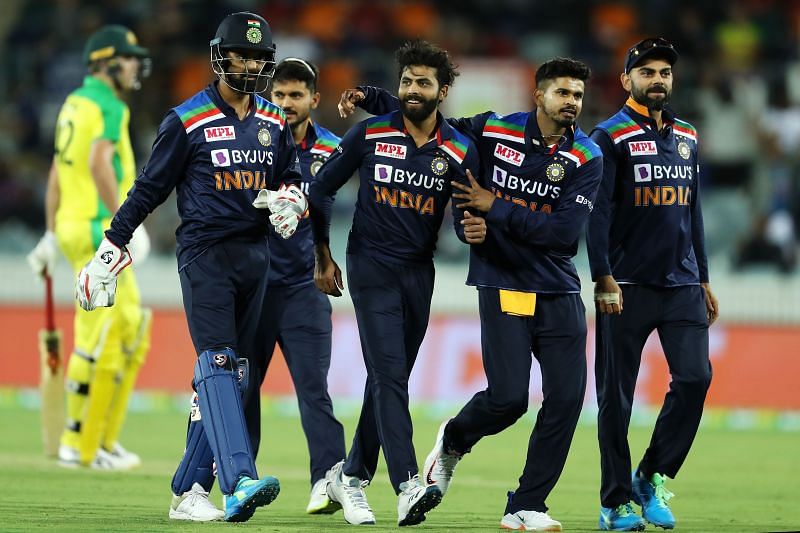 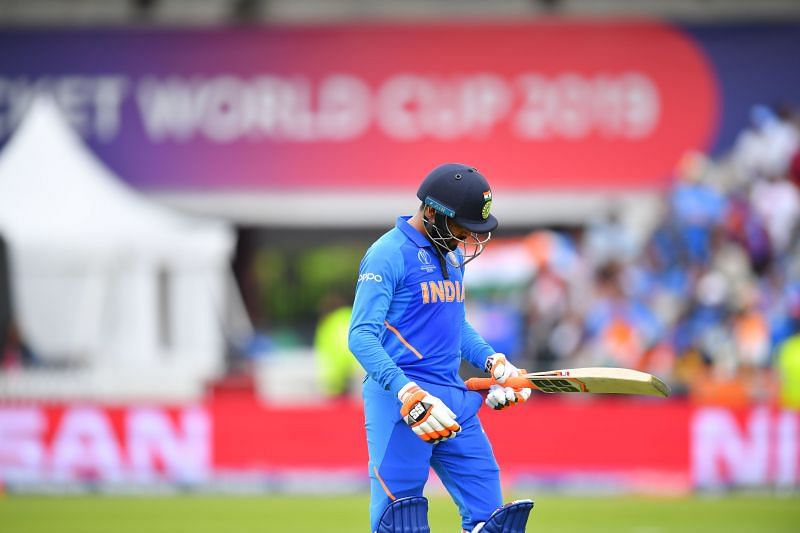 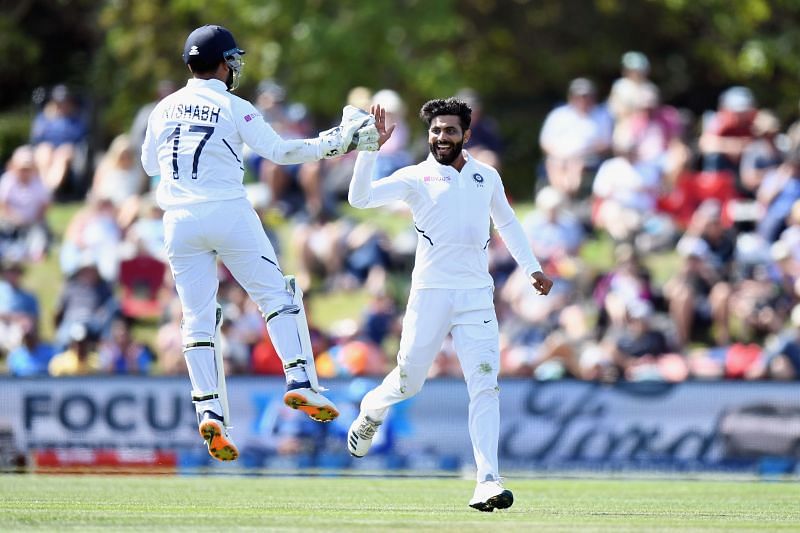 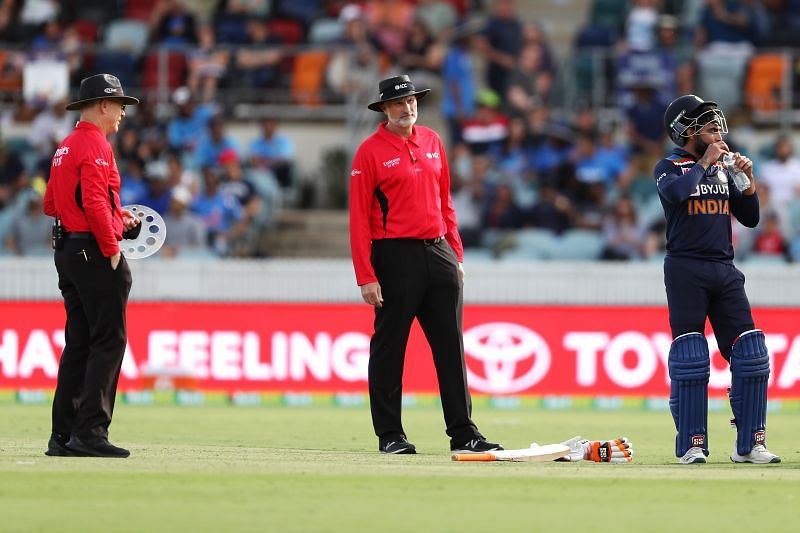 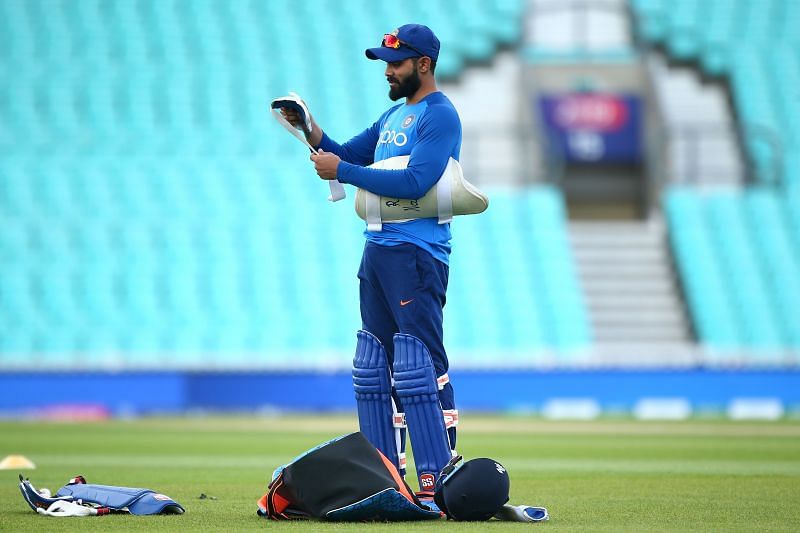 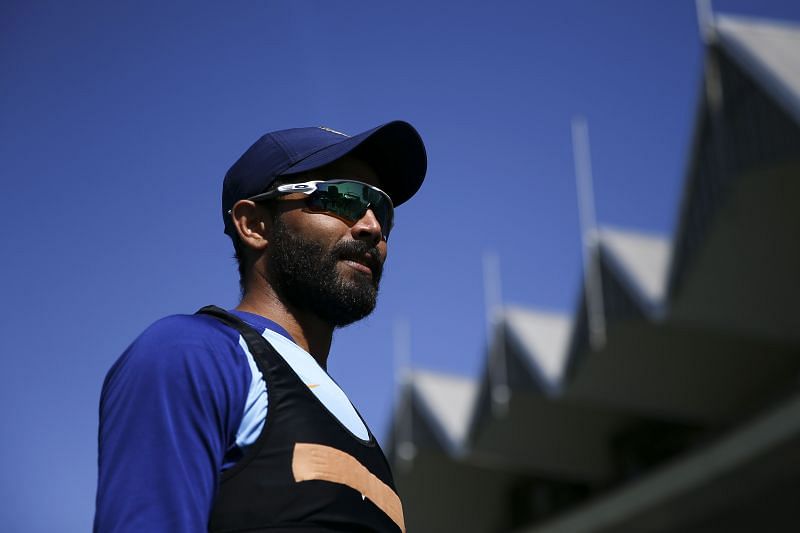 In July 2019, former Indian cricketer Sanjay Manjrekar brewed up an almighty storm when he termed Ravindra Jadeja a ‘bits and pieces’ cricketer and one that would not ideally feature in any side picked by him. More damningly, Sanjay Manjrekar opined how he would, under almost all circumstances, opt for either a specialist batsman or a bowler, at Ravindra Jadeja’s expense.

To put things into context, these statements came in the aftermath of India’s chastening defeat to England in the league stages of the 2019 ICC Cricket World Cup – a reverse in which Ravindra Jadeja hadn’t featured but had made his presence count courtesy a sensational catch at the long on boundary.

Post the loss to the eventual champions, India shuffled their pack and forewent the ploy of attacking through two wrist spinners, with them then preferring Ravindra Jadeja.

Yet, the clamours to cast Ravindra Jadeja aside refused to quieten, until the all-rounder produced that performance against New Zealand in the semi-final. To begin, Ravindra Jadeja effectively ensured India kept the Kiwis to a manageable total, with the Chennai Super Kings player contributing to an excellent catch and an even more special run-out.

The best though, was reserved for the second innings, when Ravindra Jadeja nearly clawed India back from the jaws of defeat and scripted an improbable victory. However, even after those pyrotechnics, the southpaw’s place in the Indian white-ball set up has remained under a scanner – something that has perhaps embodied his graph in international cricket.

Back in 2012, Ravindra Jadeja made his Test debut on the back of a string of stellar Ranji Trophy showings. To put things into perspective, Ravindra Jadeja had scored consecutive triple hundreds in the Ranji Trophy. And, incidentally, that was his third triple ton in first-class cricket.

Yet, plenty quizzed whether he was a bowler who could bat or a batsman who could bowl.

Prior to his Test bow, Ravindra Jadeja had caused a few ripples in the white-ball scenery, without ever establishing himself as an all-rounder that boasted the potential to turn games on their head.

And, among all those struggles, the question that remained constant revolved around his primary suit, considering that he wasn’t looked upon as a genuine all-rounder.

In fact, his indifferent form for India in ODIs and T20Is represented a slight anomaly, considering he had been earmarked as a cricketer that was tailor-made for limited-overs cricket – a ‘three-dimensional’ cricketer.

Increasingly, at least in red-ball cricket, he has been able to cement his place as an ace spinner that is capable of providing handy runs lower down the order – essentially carving an identity for himself.

And, more recently, the southpaw has begun stamping his authority as an all-rounder possessing the ability to influence matches in limited-overs cricket too, meaning that the ‘bits and pieces’ he has provided, have formed vital cogs of the Indian machinery.

A few days ago, at the Manuka Oval, with India staring down the barrel, Ravindra Jadeja, in the company of Hardik Pandya, launched a stunning assault. In fact, the cavalry he unleashed didn’t just take the Australians aback, it also accorded India the requisite head of steam to turn the tables on the hosts, after two dreadful games at the SCG.

A couple of nights later, Ravindra Jadeja repeated the dose, with him bludgeoning India past the 160-run mark, despite the tourists being precariously placed at 114/6 after 16.5 overs.

However, the encouraging aspect across both those essays was the confidence, the composure and the conviction Ravindra Jadeja displayed when pacing his innings.

In the 3rd ODI, he soaked in the pressure at the start, built a solid platform alongside Hardik Pandya, and then razed the Australians into the Canberra turf. On that very night, he popped up with a brilliant catch to dismiss Cameron Green, whereas he also accounted for Aaron Finch, with the Aussie skipper batting on 75, at the time.

In the T20I, he portrayed his belligerent intentions a lot earlier, thereby forcing the hosts into undertaking half-baked ideas and plans that they ordinarily might have kept in the cold storage.

Most impressively though, throughout his recent forays in white-ball international cricket, Ravindra Jadeja has highlighted his propensity to stand tall in adversity and treat arduous circumstances as a friend, rather than a foe.

Additionally, there are plenty of other facets that might endear the all-rounder to India’s white-ball setup, in the long term. For starters, there aren’t many better fielders in world cricket. And, of all the top-drawer fielders plying their trade, not many boast the talent to win contests through their sheer ability across the turf.

While there seems to be plenty of concern regarding his tendency to not pick wickets frequently, there could be a role that he could be shoehorned into.

On tracks that assist spin, there is simply no question about Ravindra Jadeja’s credentials as a match-winner. On more unfavorable surfaces, he could be used to tie the batsmen down, in order to enable those around him to be wicket-taking options.

For that to happen though, there needs to be an understanding that Ravindra Jadeja can’t turn into a bowler that runs through batting line-ups. Rather, he needs to be treated as a spinner that lets others flourish, courtesy his proclivity to keep things tight and force the opposition batsmen into mistakes.

As far as his batting qualifications are concerned, well, Ravindra Jadeja could actually metamorphose into the left-handed batting option India have been crying out for.

To put things into perspective, the all-rounder’s average in first-class cricket isn’t too shabby (47.14 to be precise) and while that potential hadn’t necessarily translated into tangible displays in limited-overs cricket, there have been signs lately that Ravindra Jadeja might’ve turned a corner.

With him in the mix, India could even address the issue of a lack of a sixth bowler, considering Ravindra Jadeja could double up as a specialist batsman. After all, he has the skills, he has the pedigree and more recently, he has shown that he has the stomach to fight and to flatten all odds on his way to success.

In fact, it is rather intriguing that post his sublime knock in the 3rd ODI, Ravindra Jadeja indicated how MS Dhoni had moulded the former’s thinking and how the great man had taught him to back his abilities and click into over-drive when the bowlers were under as much duress as the batsmen.

A few years earlier, Ravindra Jadeja might’ve wilted under pressure or even, put pressure on his partner and triggered a capitulation. The Ravindra Jadeja of 2020 though, ensures that he takes up the entire burden and then plays to his strengths, when the stakes are at its crest.

Without sounding too absurd, there have been glimmers of Ravindra Jadeja adapting to the ideals of the ‘MS Dhoni school of finishing an innings’. And, largely, those essays by MS Dhoni turned out fairly decently for India, didn’t they?

Thus, there seems to be plenty of evidence that Ravindra Jadeja could indeed become the reliable all-format all-rounder that outfits require to ensure world domination.

For quite a while, there seemed an uncertainty around what Ravindra Jadeja could really offer and it wouldn’t be ludicrous to hint that the southpaw himself might have been unaware of his true merits.

Yet, as countless individuals would testify, sport is perhaps the greatest teacher and it has taught Ravindra Jadeja how to maximize the precocious talent at his disposal.

And, as far as the ‘bits and pieces’ of his cricketing ability are concerned, well, they have just morphed into indispensable components of India’s limited-overs ecosystem.

After all, that was what he was destined for, all those years ago, wasn’t he? And, even though it has taken time to come to fruition, one reckons India would be naïve to not make the most of it now, wouldn’t they? 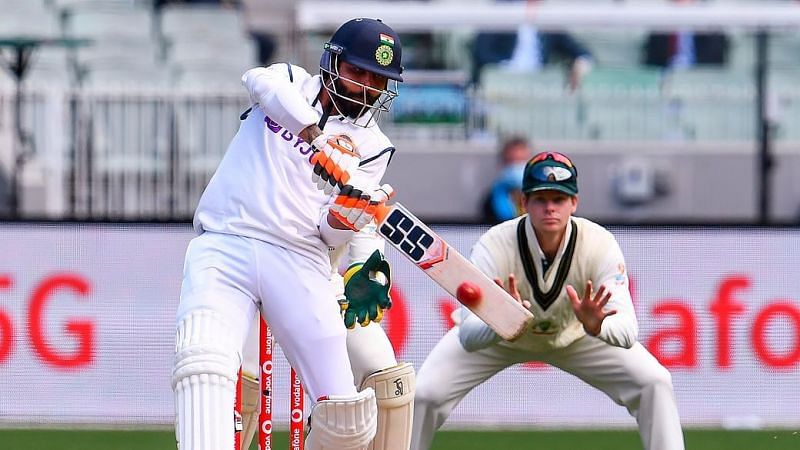 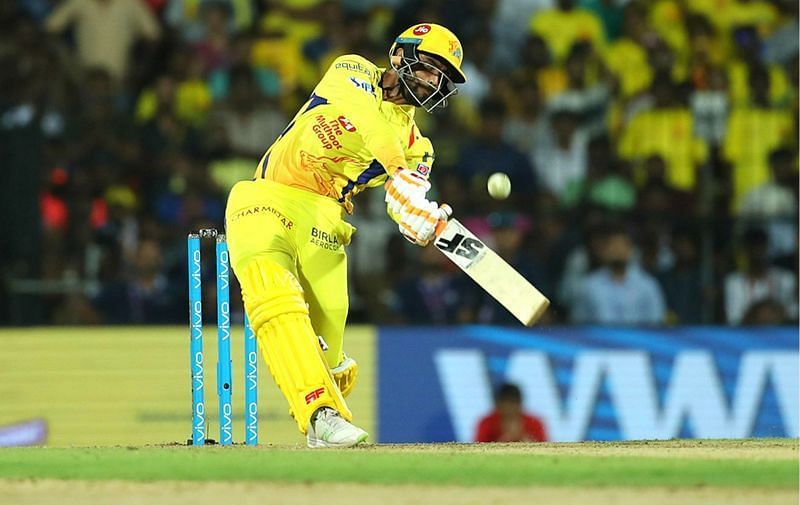 The commencement of the 13th edition of the Indian Premier League (IPL) is not too far away now with bitter rivals Chennai Super Kings (CSK) and Mumbai Indians (MI) gearing up for the tournament-opener on September 19th. 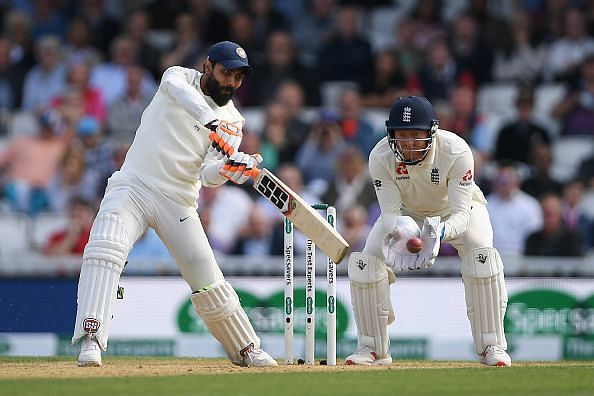 When Ravindra Jadeja came on the international scene, nobody was quite sure whether he is more of a batsman or more of a bowler. After all, he was the man with three triple hundreds in first-class cricket and a bowler who repeatedly delivered with the ball during the IPL. 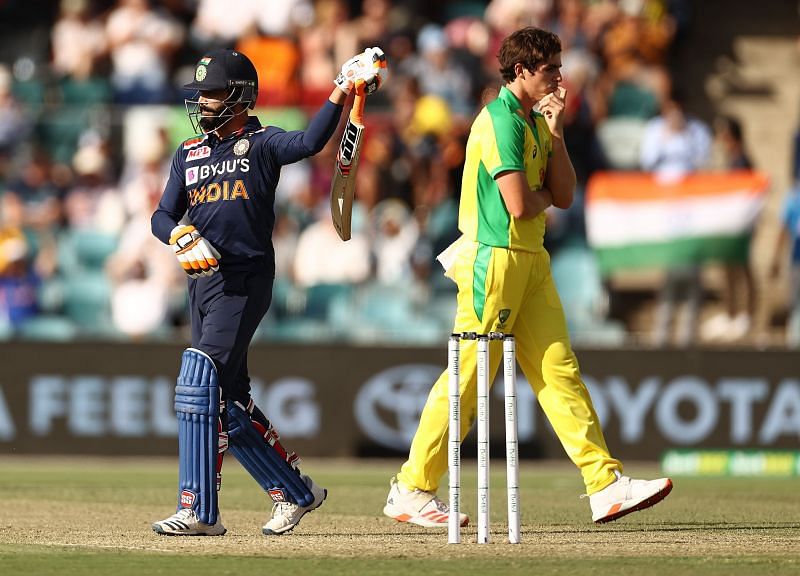 India all-rounder Ravindra Jadeja recently revealed that he first performed his trademark sword celebration after scoring a half-century during a Test match at Lord’s in 2014, and has continued doing so ever since.