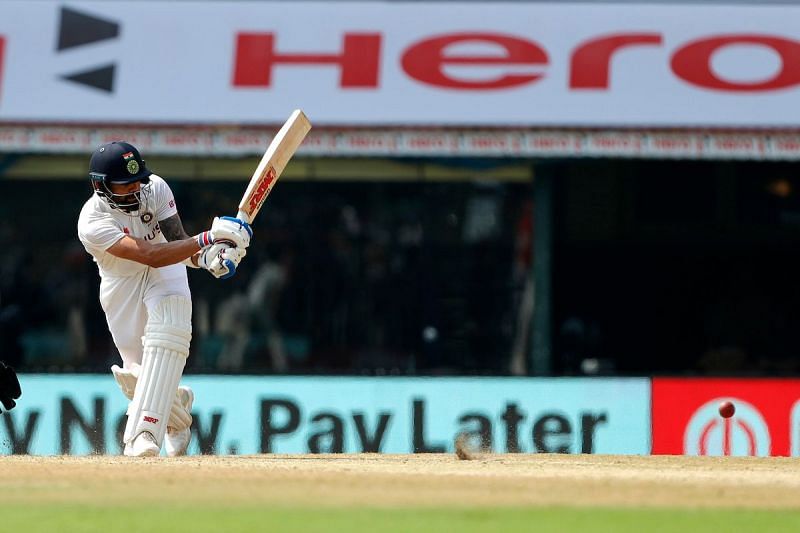 Ramiz Raja has lavished praise on Indian skipper Virat Kohli, comparing him to a Rolls Royce.

The former Pakistan cricketer admitted he was India’s best batsman during their 317-run win against England.

While Rohit Sharma (161) and Ravichandran Ashwin (106) notched up glorious tons on a turning Chepauk track, it was Virat Kohli’s 2nd innings masterclass which attracted all the attention.

The batsman altered his batting style to adapt to the conditions, bouncing back from a rare duck in the first innings to score a gritty 62.

Speaking on his YouTube channel, Ramiz Raja heaped praise on Virat Kohli, crediting the Indian skipper for making the difference with his bat.

“The batting was outstanding. When your opener scores above 160, you can’t really question the pitch. And the way Ashwin batted in the second innings using his common sense was superb. But the man who batted the best in the match was Virat Kohli. His footwork exemplary, concentration was very good on a difficult track. It felt like a Rolls Royce was batting in the middle.”

Virat Kohli has resisted playing the drive today against the spinners, a shot that is his most productive stroke in Tests. He’s curbed his natural game to thrive on this pitch today.

Virat Kohli has resisted playing the drive today against the spinners, a shot that is his most productive stroke in Tests. He’s curbed his natural game to thrive on this pitch today.

What was special about Virat Kohli’s 2nd innings knock was how he scored his runs.

After being bowled through the gate by Moeen Ali in the first innings, Virat Kohli made immediate adjustments to his game.

One of those was being extra cautious with his stroke play, with Kohli coming out to bat when the scoreboard read 55/2.

He took 20 balls to get off the mark but didn’t let the precarious situation affect his concentration.

India’s No.4 toned down on his attacking instincts, playing the ball close to his body. The same was evident in his false shot percentage, which was lower than normal.

The approach paid dividends, with Virat Kohli and Ravichandran Ashwin’s 96-run partnership taking them from 106/6 to past 200.

A half century that came under tough circumstances and challenging conditions, @imVkohli was at his best scoring a brilliant half century.

A half century that came under tough circumstances and challenging conditions, @imVkohli was at his best scoring a brilliant half century.

Another factor behind India’s comprehensive victory was their all-round performance.

Axar Patel came in and had a memorable debut, picking up a 5-wicket haul in the second innings. Mohammed Siraj replaced Jasprit Bumrah and had his moments, while the Indian batsmen chipped in as well.

Ramiz Raja applauded the hosts for their all-round performance as he forecast a series win for India.

“India went ahead of the perfect team. They did not shy away from making bold selections. Axar Patel picked up five wickets on debut, Ravichandran Ashwin scored a century, picked up wickets, the catching was brilliant from India. Overall, it was a complete performance from India. They had lost the first Test, needed to make a turnaround and they did it. My gut feeling says England will be battered in the rest of the series. India are now in form,” he said.

Virat Kohli has acknowledged that facing spinners on a rank turner in Chennai was a unique challenge. The Indian skipper also expounded on how he changed his batting style to better counter England’s spinners in the second innings.

Gautam Gambhir has stated that Virat Kohli put on a masterclass with his batting against spin in India’s second innings of the ongoing Chennai Test.

Virat Kohli credited Rohit Sharma for being the game-changer during the recently-concluded India-England Test series. The Indian skipper said that Rohit Sharma’s 161 in the second Test in Chennai turned around India’s fortunes in the series.

Joe Root gave a crucial fitness update after suffering cramps at the end of Day 1. The England skipper also thanked Virat Kohli for helping him stretch on the field.