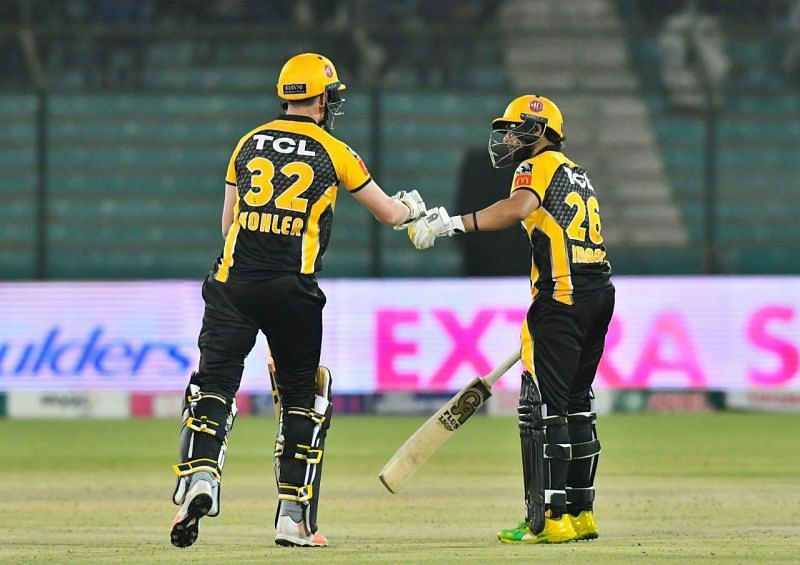 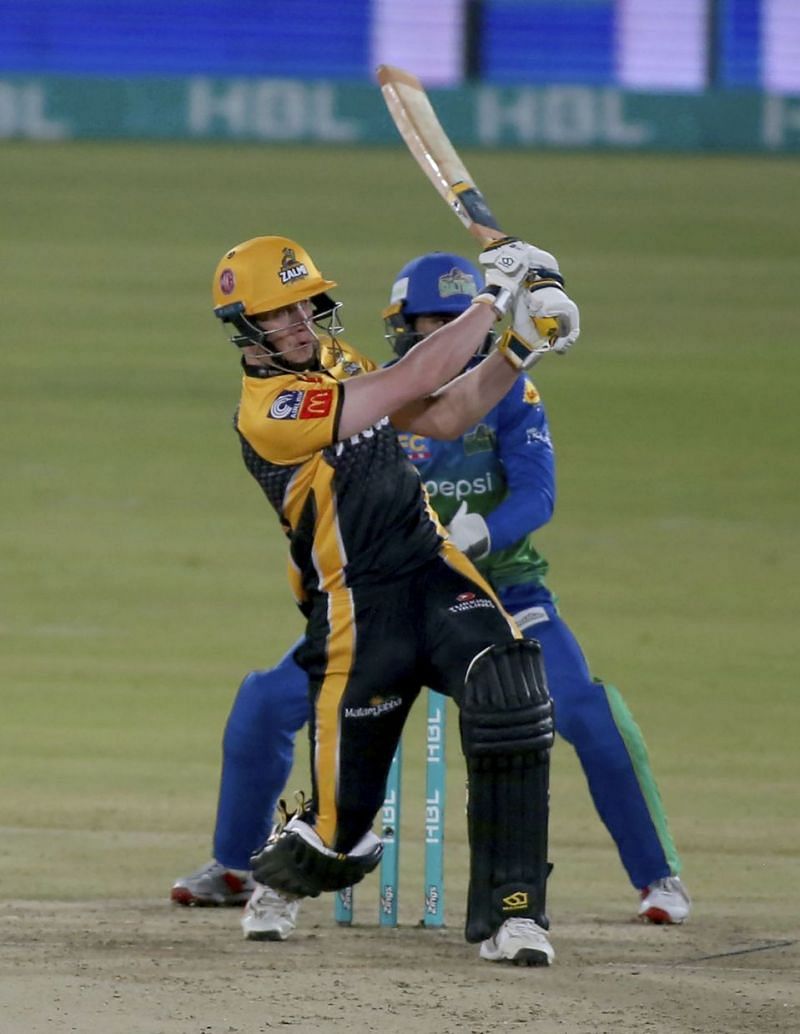 Peshawar Zalmi got their first win of the PSL 2021 after successfully chasing down an imposing 194-run target set by Multan Sultans with six wickets to spare. Zalmi’s win ensured chasing sides’ perfect record in the 2021 PSL so far remains intact.

On the other hand, Multan are now in the midst of a six-match winless streak in the PSL and captain Mohammad Rizwan would be thinking of ways to arrest this slide.

At the halfway stage of the match, Rizwan could be forgiven for thinking that he and his batsmen had done enough to ensure they stem the rot. After Chris Lynn was dismissed early yet again, Pakistan’s in-form wicketkeeper found an able ally in James Vince.

The duo scored at more than 9 runs per over with Rizwan being the early aggressor even as Vince unleashed some glorious shots to settle down at the other end.

However, there was no respite for the Peshawar bowlers. Sohaib Maqsood joined Vince in the middle and started smashing from the word go to form another big partnership.

Having hit four fours and two sixes during his 21-ball 36 runs innings, Maqsood got out on the last ball of the 17th over. England pacer Saqib Mahmood broke the 71-run alliance.

The runs never stopped coming though as Vince looked on course for a century.

The 29-year-old Englishman was in sublime touch, sending the Zalmi bowlers on a leather hunt before getting out in the penultimate over of the innings for a masterful 55-ball 84.

Coming in to bowl the last over of the innings, Mohammad Imran wrested a bit of momentum back for his team by giving away just 7 runs and ensuring Multan do not cross the 200-run barrier.

Regardless of the brilliant last over by Imran, conquering a target of 194 runs is not an easy task. A big effort from Peshawar’s top order was the need of the hour, and they delivered.

The opening duo of Imam ul Haq and Kamran Akmal came out all guns blazing, taking on the experienced Sohail Tanvir and smashing 15 runs off his bowling in just the third over.

Imam and Akmal amassed 56 runs inside the powerplay, and Peshawar never looked back. After the latter departed for a breezy 24-ball 37, Tom Kohler-Cadmore joined the left-handed Imam.

The 26-year-old English batsman got off to a quick start and took a special liking to Shahid Afridi’s fastish leg-spin, hitting him for three boundaries in the first six balls he faced from the Pakistan legend.

Along with Imam, Cadmore added 77 runs off just 52 balls before the former was unfortunately run out for a well-made 48 (39 balls).

At the fall of Imam’s wicket, Sherfaine Rutherford came out and played a blink-and-you-miss-it cameo, smashing 15 runs off just 6 balls.

Multan did make a mini-comeback when Shahnawaz Dhani struck twice in one over to send Rutherford and Tom Kohler-Cadmore (53 off 32 balls) packing.

The wicket of Cadmore came at the wrong time for Peshawar as he was looking well set after bringing up his fifty with a six.

Give it up for the kingdom!

Give it up for the kingdom!

But with only 34 runs to get off three overs, Haider Ali’s blitzkrieg 8-ball-24 ensured the top-order’s effort did not go to waste.

Brought in as a replacement for Liam Livingstone, English batsman Tom Kohler-Cadmore anchored Peshawar’s chase with a 32-ball 53, which included six fours and a six.

For his half-century which helped Peshawar Zalmi defeat Multan Sultans by 6 wickets, Tom Kohler-Cadmore was declared the ‘Man of the Match’ in yesterday’s PSL game.

Islamabad United made it three out of three for the chasing sides in the 2021 Pakistan Super League.

Shaheen Afridi, Mohammad Hafeez and Rashid Khan were the heroes as Lahore Qalandars registered a hard fought 4-wicket win over Peshawar Zalmi in the second match of the PSL 2021.