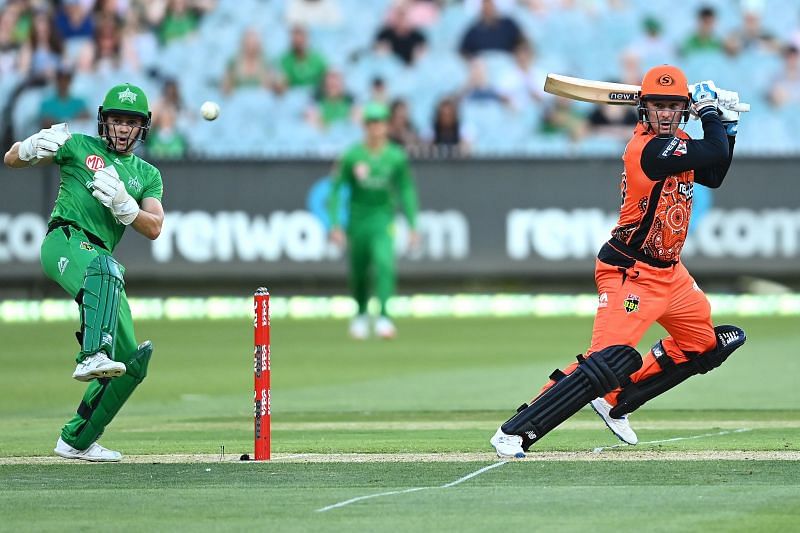 Melbourne Stars suffered their third successive loss in the BBL as Perth Scorchers defeated them by 11 runs.

The Scorchers had put up 182-4 in their 20 overs after some impressive batting from Colin Munro and Jason Roy.

In reply, Melbourne Stars were always behind the eight ball after a sluggish start. They eventually fell short, even after a valiant innings of 70 from Nick Larkin.

The win has now taken Perth Scorchers atop the BBL points table.

Melbourne Stars got off to a slow start, and they lost Marcus Stoinis for 14 as he was caught at long-on by Andrew Tye.

Seb Gotch (18 off 20), who struggled to get going, was run out as he tried to take two but lost his footing.

Fawad Ahmed then picked the big wicket of Glenn Maxwell for a duck as the Australian star got caught at mid-wicket.

After eight overs, the Stars were going just over run-a-ball at 50-3.

Perth Scorchers also secured the BBL boost point as they were ahead of the Melbourne Stars at the halfway stage.

Nick Larkin and Nic Maddinson put on a partnership of 62 after that, but the asking rate kept going up.

Maddinson then departed for 18 as Jhye Richardson picked his first wicket of the day.

Nic Larkin waged a lone battle, but he didn’t find enough support from the other end. The batsman was eventually dismissed in the 18th over while attempting a ramp shot.

Hilton Cartwright provided some entertainment with 40 needed off the last two overs as he scored an unbeaten 23 off 13.

But the Scorchers always had enough runs in the bank and emerged victorious by 11 runs.

Put in to bat first in this BBL tie, Perth Scorchers were off to an impressive start.

Bowling in the powerplay, Adam Zampa was taken for 19 runs by Jason Roy and Liam Livingstone in the third over.

Subsequently, Melbourne Stars pulled things back a bit in terms of run-rate.

Liam Livingstone struggled a bit and was finally dismissed for 24, which ended the 83 runs opening stand. After ten overs, the Scorchers reached 85-1.

Nathan Coulter-Nile then got the important wicket of Jason Roy, who played well for his 54 which was laced with seven boundaries.

After 14 overs, Perth Scorchers were 110-2 as the Melbourne Stars got some tight overs in. The BBL Power Surge was taken in the next over with Colin Munro and Josh Inglis at the crease.

Adam Zampa kept it tight in the first BBL Power Surge over, but Inglis and Munro cut loose in the next over from Coulter-Nile.

The Australian seamer conceded 20 runs including two sixes which shifted the momentum back in favour of the Scorchers.

The last four overs yielded 44 runs as Colin Munro remained not out on 46. Mitchell Marsh failed with the bat as he was caught at long-on off the bowling of Adam Zampa.

However, captain Ashton Turner provided the finishing touches to the Scorchers’ innings as he finished with 18* off nine balls to get his side to 182-4 in 20 overs.

The Melbourne Stars will look to preserve their 100% record as they take on the Perth Scorchers in what promises to be another cracking contest in the 2020 BBL. 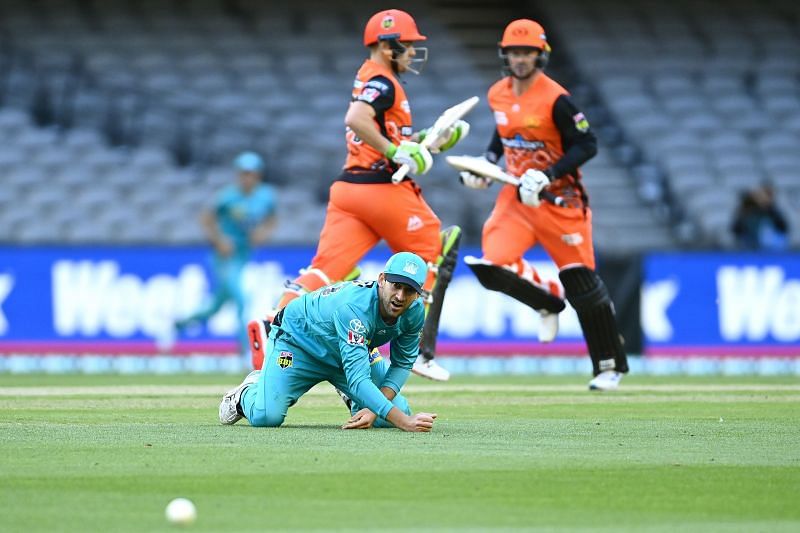 Perth Scorchers got the better of Brisbane Heat by 59 runs in the latest BBL encounter. The Scorchers have now won five of their last six BBL games, and they are building up steam just at the right time.