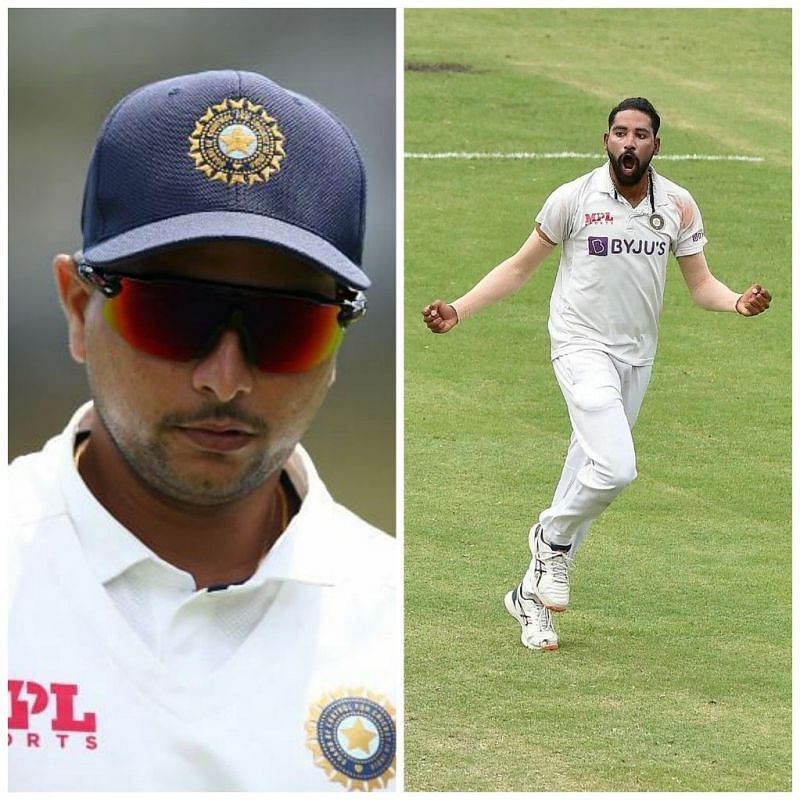 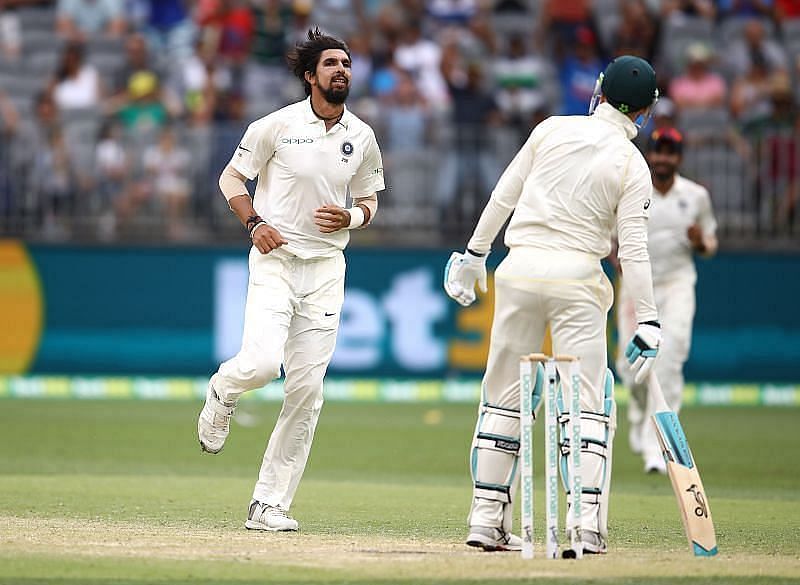 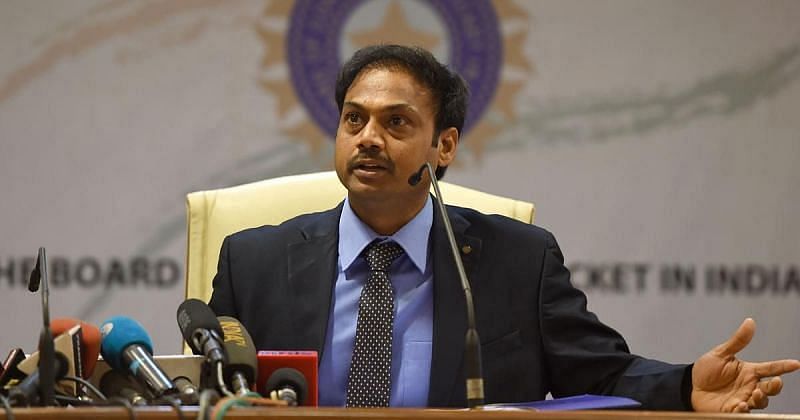 After an eventful six-week hiatus, Virat Kohli has returned to captain India‘s Test side. Unfortunately, so have the selection woes and public lampooning of his decisions.

Both before and after India’s debilitating 227-run loss to England in Chennai, questions have been raised about India’s choices for the playing eleven.

For one, Kuldeep Yadav looked like a front-runner to feature in the side, considering hints regarding the same by Ajinkya Rahane, bowling coach Bharat Arun and Yadav himself.

Instead, India went with 2 off-spinners and a left-arm orthodox bowler.

Secondly, Mohammed Siraj, India’s hero in the euphoric Gaba Test, made way for Ishant Sharma despite the latter’s scarce red-ball exposure of late.

As always, the scrutiny on these decisions took an unwarranted veer as well.

A few reports suggested favoritism in the Indian team while others alluded to some players’ personal animosity with the captain.

However, former chief selector and venerable expert of Indian cricket, MSK Prasad, has rubbished these claims.

In an exclusive chat with Sportskeeda, Prasad expounded on the rationale behind India’s decision to exclude Kuldeep Yadav.

“Personal issues definitely won’t matter. I don’t think Virat will be thinking on those lines. Virat or the team management would have had different plans about the selection. Washington Sundar did extremely well in his last Test match. They must have thought of having an extra batsman who can bowl.

“With regard to Nadeem, the stats show that England had a little tough time against left-arm spinners in Sri Lanka. Though they won the two Test matches, the left-arm spinners got a lot of wickets. So that’s the reason why they would have preferred Nadeem. My personal choice would have definitely been Kuldeep but the reason for Nadeem’s inclusion might be this,” said MSK Prasad.

The novice pair of Washington Sundar and Shabaz Nadeem emerged as a glaring weakness in the bowling attack.

The duo failed to put any pressure on the England batsmen and returned exorbitant economy-rates in both innings.

Ridiculous decision by #India not to play @imkuldeep18 !!! If he isn’t going to play at home with the injuries they have when is he going to play !!! #INDvENG

Ridiculous decision by #India not to play @imkuldeep18 !!! If he isn’t going to play at home with the injuries they have when is he going to play !!! #INDvENG

The all-rounder from Chennai, however, showed his batting class with a fighting 85 not-out in the first innings.

Making a comeback in the Test side after more than a year, Ishant Sharma took some time to get going in Chennai but looked in fine touch after the first few overs.

Sharma picked up two wickets in the first innings, both with adept control of the reverse swing.

The third scalp, coming in the second innings, allowed him to set foot in the 300-wickets club, thereby becoming only the third Indian seamer to reach the landmark.

MSK Prasad defended the veteran pacer’s inclusion over Siraj. He attributed the decision to Sharma’s extensive experience and India’s well-known policy of backing senior players when they return from injuries.

MSK Prasad also said Siraj could get a chance in the XI if the management decides to pick three seamers.

This could well be the case in the third Test, which will be played with the pink ball in Ahmedabad.

“I think Ishant bowled his heart out. See, you need to give respect to the senior bowler first. In fact, Siraj and Shardul came into the squad because of the absence of Ishant and Shami. Whenever a senior player gets injured and after recovery when he comes back, he generally gets the priority over a youngster. That’s the unwritten norm.

“More importantly, we are playing an important series at home. Ishant has got so much experience behind him with 97 Tests prior to this Test so obviously the decision to play Ishant is not a mistake. Siraj would have only figured if they had thought of having 3 seamers in the playing eleven,” said MSK Prasad.

By shattering India’s four-year-long streak at home and bringing them to the brink of losing out on a spot in the World Test Championship final, England have given Virat Kohli’s men a wake-up call like no other.

MSK Prasad believes that India will make every effort to bounce back from here. But for that to happen, Prasad added, India will need a ‘clear plan’ like the visitors.

“History reveals that whenever the Indian team is pushed to the corner, we come back strong. So probably, this loss in the first Test match will keep everyone on the toes. I don’t think they will leave any stone unturned with regards to their efforts. There were definitely shortcomings in all three departments in the first Test match. I am sure they’re going to plug-in them and this will be a different Indian team.

“Unfortunately, toss has become very vital, like in the last Test. England has come with a clear plan of batting long. They played two complete days and that’s where they won the game,” said MSK Prasad.

The former selector further added that Kuldeep Yadav deserves a place in the second Test because of the variety the chinaman brings to the table.

Prasad also pointed out the scope of improvement in India’s fielding.

“We need to come up with something different in the second Test with regard to the bowling attack because we are again playing in Chennai. We need Kuldeep also, sheerly because he will add variety to the bowling attack. We need to strengthen ourselves in fielding and catching departments also because on wickets like Chennai you hardly get an opportunity and you need to be ready to grab half-chances otherwise you pay a heavy price for it.

“There’s no doubt that the Indian team would have been deeply hurt after losing the first Test especially coming after such a wonderful series victory in Australia. But this will only push them to give their best in the remaining matches,” Prasad signed off.

With all-rounder Axar Patel‘s return to full-fitness, Virat Kohli will again find himself on the spot for a tricky decision.

Assuming Kuldeep Yadav gets the nod on Saturday, India will have to leave out Washington Sundar, who has scored two fifties in as many games, for Patel.

It will also be interesting to see how Yadav performs when given the chance, considering the incessant spotlight he has found himself in recently.

Whatever might be the case, there’s a lot at stake in this match.

Will Kohli the captain rise to the occasion and save his mired team? Will he get enough support from the likes of Rohit Sharma and Ajinkya Rahane? Or will England come even better prepared and deal the hosts the knockout punch?

Only time will tell.

Michael Vaughan has lashed out at the Indian team management for ignoring Kuldeep Yadav once again. Ahead of the first India vs England Test, many believed Yadav would receive an opportunity to play in the spin-friendly conditions. But he continued to be on the sidelines.

Deep Dasgupta believes Team India should provide some clarity regarding Kuldeep Yadav‘s situation. The 26-year-old’s exclusion from the first Test against England once again raised eyebrows despite the hosts going in with three spinners. 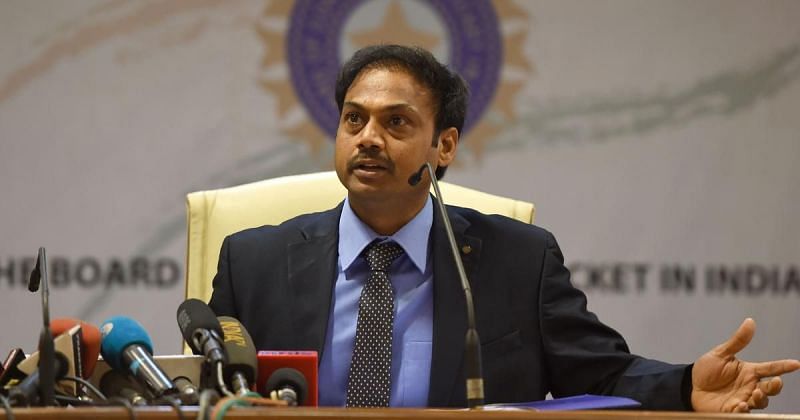 Former chairman of the selection committee of the Board of Control for Cricket in India (BCCI) MSK Prasad has often been criticised for multiple decisions. The former India wicket-keeper has now picked the three toughest decisions he made during his tenure as chief selector.

Former wicketkeeper Kiran More believes India must look to bring in left-arm wrist-spinner Kuldeep Yadav for the second Test against England to strengthen their bowling department.