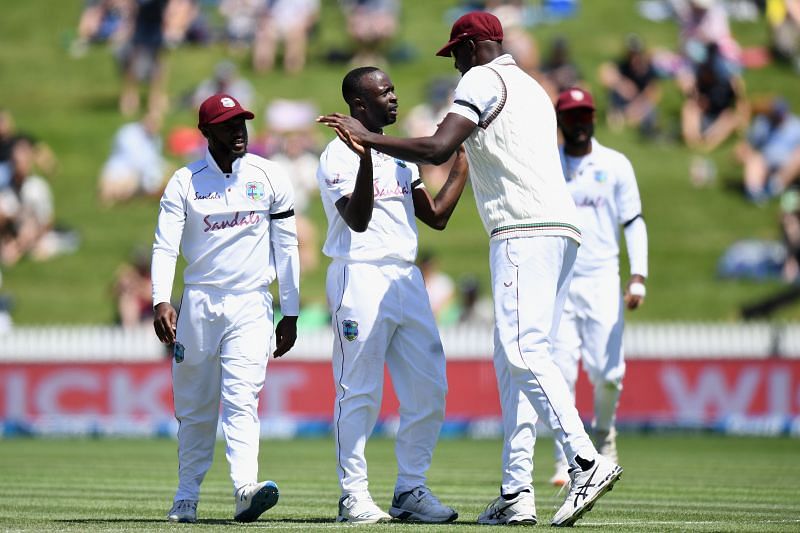 Kemar Roach will return home owing to his father’s death while Shane Dowrich will be unavailable for personal reasons. The Cricket West Indies selection panel confirmed the same on Tuesday.

22-year-old Joshua DaSilva is likely to make his debut at Wellington, having been named as Shane Dowrich’s replacement.

Shane Dowrich picked up a hand injury during the first Test and didn’t bat in either innings as West Indies went down. Left-arm fast bowler Preston McSween has been named as a standby.

In more injury woes for West Indies, Shimron Hetmyer is under ‘concussion protocols’ as he was struck on the head in the second T20I. In addition, Keemo Paul is undergoing treatment for a groin injury.

“They are both being closely monitored by the team’s medical staff and decisions on their availability will be made at a later date.”

A lethargic West Indies succumbed to an innings and 134-run defeat in the first Test against New Zealand at Hamilton.

After New Zealand posted a mammoth 519 for 7 declared in the first innings, courtesy skipper Kane Williamson’s career-best 251 and Tom Latham’s 86, West Indies folded up for a paltry 138 in response.

The Test ended before lunch on the fourth day. Williamson’s 251 lifted him to No.2 on the ICC Test batting rankings placing him alongside another modern-day legend, Virat Kohli.

The Cricket West Indies (CWI) selection panel on Wednesday released a 14-man Test squad, and list of 11 reserves, for the tour of England scheduled to start next month on July 8th.

Fast bowler Shannon Gabriel, who has recovered from ankle surgery, has been drafted into the 15-man West Indies squad for the Test series against England beginning on July 8 in Southampton.