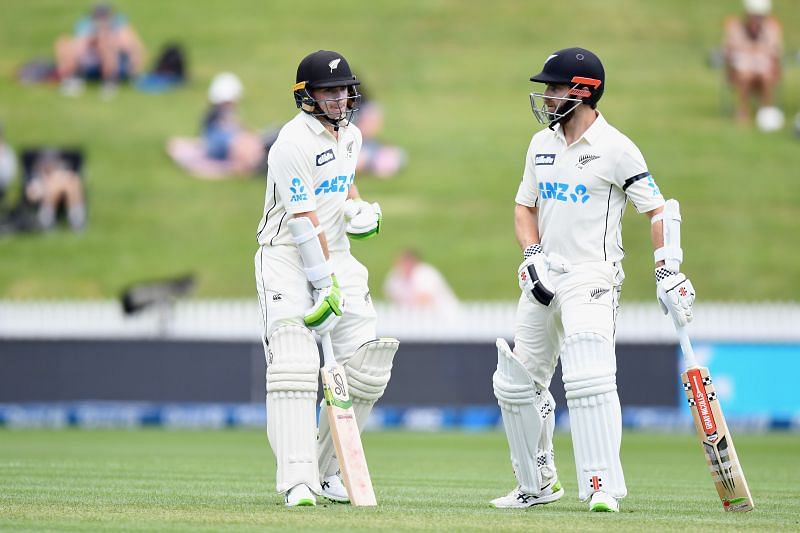 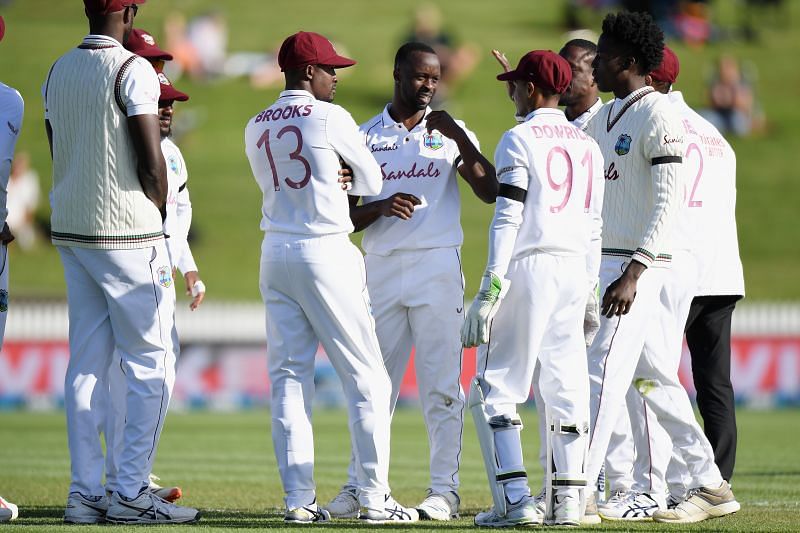 Captain Kane Williamson and Tom Latham put on 154 runs for the second wicket to put New Zealand firmly in control of the first Test at Seddon Park in Hamilton.

The hosts reached 243 for 2 at stumps on the opening day of the 2-match Test series. Kane Williamson is batting on 97 off 219 balls, with former Kiwi skipper Ross Taylor unbeaten on a 61-ball 31.

This was after West Indies captain Jason Holder won the toss and put the hosts in to bat on a green top. It seemed like the Windies’ decision was justified when Shannon Gabriel (1 for 62) caught debutant Will Young (5 off 11) plumb in front to reduce the Kiwis to 14 for 1 in the fourth over.

What followed was a perfect blend of caution with aggression, as opener Tom Latham and skipper Kane Williamson joined hands to wrest the momentum in favour of the hosts. Both of them were circumspect initially before giving due punishment to the bad deliveries.

After seeing off the threat of the four-pronged pace attack of Kemar Roach, Gabriel, Holder and Alzarri Joseph in the first session, the duo looked more in command of things post lunch. Latham brought up his 18th Test fifty in the 29th over by pulling a bouncer from Roach to the boundary behind square.

The Windies speedsters did beat them on quite a few occasions, but both Williamson and Latham did well to leave regularly and not flash their blade in the corridor of uncertainty.

It seemed a desperate move from Holder to deploy spin in the 50th over after all the pacers failed to threaten. Kane Williamson rocked back and cut away the first ball off Roston Chase to bring up his 33rd Test half-century off 134 balls.

However, the joy was short-lived. Tom Latham (86 off 184 balls) played a lazy drive away from his body to see Roach’s (1 for 53) ball catch an inside edge off his bat and cannon onto the stumps. The 154-run stand lasted 308 deliveries.

The Jason Holder-led side put up an improved bowling display in the post-tea session. Balls were fuller and at the stumps, but they still couldn’t deter the experienced duo of Kane Williamson and Ross Taylor.

While all eyes will be on whether Kane Williamson can complete his 22nd Test hundred tomorrow, West Indies would aim to do what they failed at today – exploit the early morning conditions and pitch.

New Zealand skipper Kane Williamson’s stupendous 251 in the first Test against West Indies has seen him jump two places to No. 2 in the ICC Test batting rankings. Kane Williamson joins another modern-day legend Virat Kohli, who has hung on to his No. 2 spot with 886 points.