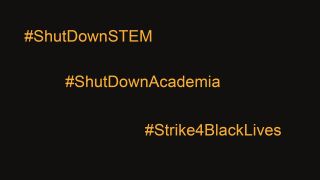 I learned a striking, disappointing fact yesterday: Harvard University’s astronomy department has graduated 425 Ph.D.s since 1925. How many of those degrees were awarded to Black astronomers? One.

There are too many of these same statistics across the U.S. to think this is just a blip. The Harvard astronomer, David Charbonneau, who tweeted that statistic also wrote, “There is no way to look at that fact and think we are not racist, that astronomy isn’t racist, that it’s ok because everyone was doing it.” These are the very institutions that Live Science depends on and interacts with to bring amazing scientific discoveries to our readers. Acknowledgement of these numbers (and the discomfort they bring to me and I think many other white individuals) has come only after the latest killing of a Black person at the hands of a police officer. Protests and demonstrations and strikes spurred by the killing of George Floyd by a now-former Minneapolis police officer have led to a lot of reflection by many industries, including now science and academia.

Live Science will stand in support of Black scientists today by participating in #ShutDownSTEM and #Strike4BlackLives. Not only do we write about institutions whose modus operandi is entrenched in racism, but we cover STEM (science, technology, engineering and mathematics) and have become a resource for kids curious about the world, kids whose skin color should not impact whether they follow a path in science and how far they get; we also write about human nature and history, all of which I’d argue have instilled a normalcy to systemic racism.

Live Science has a role to play. We are making a commitment to taking actions to help eradicate anti-Black racism in academia and STEM, including in the world of science journalism.

Our hope today is to take the first steps and then to carry out our plan moving forward. We’d love to open a dialog with our readers, our sources and anyone curious about the world and interested in making the sciences more equitable. Please feel free to email me at [email protected]. 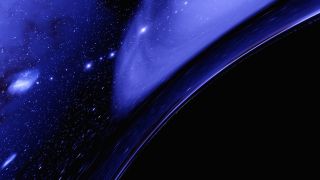