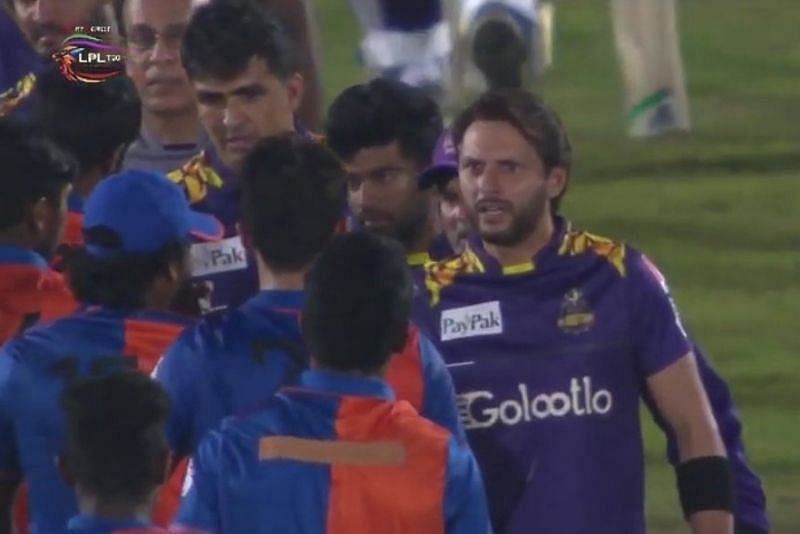 Galle Gladiators left-arm pacer Mohammad Amir has finally opened up about his squabble with Kandy Tuskers pacer Naveen-ul-Haq in Match six of the ongoing Lanka Premier League (LPL) 2020. Naveen-ul-Haq was seen having a go at Amir during the end of Galle Gladiators’ innings.

In an interview with PakPassion.net, Amir played down the incident, stating that it happened in the heat of the moment. He also recalled his younger days, when he too used to get fired up.

“He [Naveen-ul-Haq] is a youngster and will learn soon as this happens when you are new to cricket; Even when I started off, I had this habit of getting into trouble with every other batsman. This is cricket and things happen in the heat of the moment – its nothing personal to be honest,” Amir said.

Amir added that he has changed as a person with experience, and has learned that it is better to focus on one’s bowling than sledging.

“If you look at me nowadays, I am very friendly with everyone; I don’t sledge batsmen; One should focus on their bowling and all aggression should be left for the time when you take a wicket; Expressing aggression without a reason is of no use as a bowler, it simply wastes your energy which is best used in getting the batsman out. That’s what I said, it would have been better if he had been putting his energy to get me out,” he explained.

At the end of the match, Galle Gladiators skipper Shahid Afridi was visibly upset with Naveen-ul-Haq over the on-field incident, and gave the Kandy Tuskers bowler a piece of his mind.

“Shahid Bhai (Afridi) was trying to make him understand that these aren’t the type of ethics we should have, that he should not behave like that with his seniors, that he should be a gentleman; This is cricket and you get hit for 4s and 6s but you can also get wickets,” Amir further stated.

The Galle Gladiators lost the game against Kandy Tuskers by 25 runs, and their fortunes haven’t improved since. Galle Gladiators have lost all four of their matches so far, and are placed at the bottom of the points table.

Also, their skipper Afridi returned to Pakistan for personal reasons and is unlikely to take further part in LPL 2020, according to reports.

Galle Gladiators captain Shahid Afridi was not too impressed with Kandy Tuskers’ pacer Naveen-ul-Haq’s antics after the latter was involved in an altercation with left-arm pacer Mohammad Amir during the sixth match of the inaugural edition of the Lanka Premier League (LPL) at Hambantota on Monday.

Galle Gladiators captain Shahid Afridi has issued a clarification on his incident with Kandy Tuskers pacer Naveen-ul-Haq, which took place after Monday’s LPL 2020 game. A video of the former Pakistan skipper giving an earful to the Afghanistan bowler after the conclusion of the match between the two sides went viral on social media.

Galle Gladiators, one of the five franchises taking part in the inaugural Lankan Premier League (LPL 2020), have released their full squad.

Galle Gladiators have received a significant setback as their captain Shahid Afridi will soon leave the island country to attend a personal emergency at home. The all-rounder announced his decision to return to Pakistan via a tweet.

Colombo Kings and Galle Gladiators will face off in match number four of the Lanka Premier League, LPL 2020, at Hambantota on Saturday. Both teams head into the game having experienced contrasting fortunes in their respective opening matches.