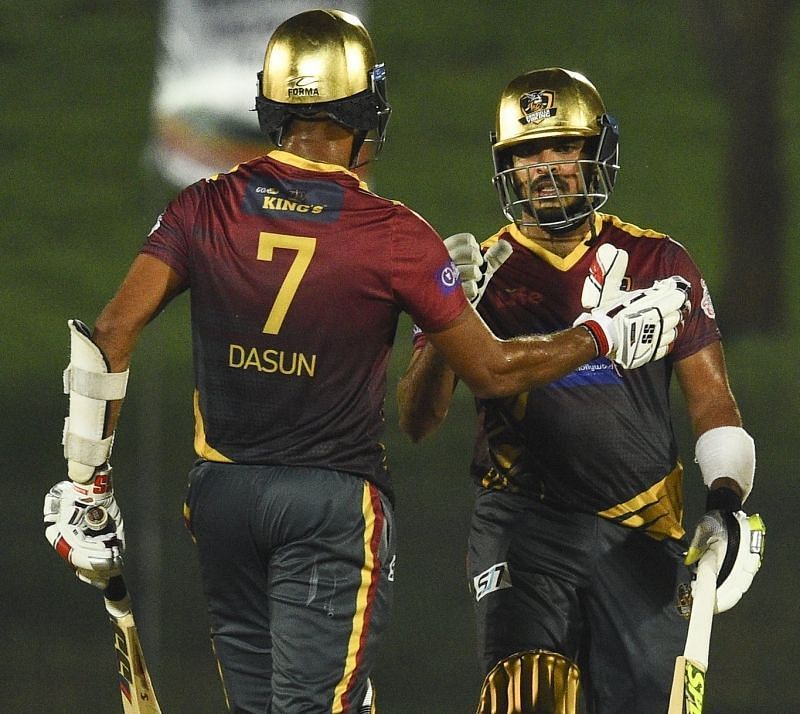 Kasun Rajitha stood out with figures of 2 for 16 while Malinda Pushpakumara claimed 2 for 28 as Kandy Tuskers failed to find any traction in the match.

Angelo Perera led the chase of 157 for Dambulla Viiking with a stroke-filled 67 from 49 balls. He slammed five fours and three sixes to put Dambulla Viiking in command. With the openers not firing, and the experienced Samit Patel also falling cheaply, Angelo Perera took it upon himself to play the knock that mattered.

Having taken back-to-back fours off Seekkuge Prasanna in the 11th over, he proceeded to flick Nuwan Pradeep for a maximum. He raced to his fifty off 32 balls, and featured in a crucial 79-run stand for the fourth wicket with in-form skipper Dasun Shanaka, who contributed 33 from 23.

Angelo Perera and Shanaka both perished in successive overs to give Kandy Tuskers some hope. A four and a six from Samiullah Shinwari and Anwar Ali, respectively, off Naveen-ul-Haq in the penultimate over settled the matter.

The experienced Munaf Patel gave Kandy Tuskers an early wicket by having Niroshan Dickwella caught behind in the first over. Upul Tharanga (19) then holed out to long-off against Gunaratne. And when Patel failed in his attempt to take on Prasanna, Kandy Tuskers were back in the game at 56 for 3. Angelo Perera, though, knocked them out of the contest with some enterprising stroke-play.

Having lost Rahmanullah Gurbaz for 15, Kandy Tuskers found themselves in a position of great strength thanks to an impressive stand of 58 between skipper Kusal Perera and Kusal Mendis. However, just like in past matches, Kandy Tuskers threw away the advantage.

Perera was looking in good touch when he slogged Ramesh Mendis to deep midwicket having made 41 from 34. Kandy Tuskers were well placed at 91 for 1 in the 12th over before Perera gave his wicket away. From that point on, it was all Dambulla Viiking.

Brendan Taylor perished for 13 to Pushpakumara, looking for the big hit. Seekuge Prasanna put the bowler on a hat-trick, slog-sweeping the left-arm spinner straight to deep midwicket.

Kusal Mendis tried to keep one end going for Kandy Tuskers. He was eventually dismissed for a 45-ball 55 as the innings fell apart. Despite a couple of good hits from Asela Gunaratne, Kandy Tuskers fell short of a competitive total.

Kusal Mendis held the innings together for Kandy Tuskers with a mature half-century. His 55 gave the franchise something to bowl at. Rajitha and Pushpakumara stood out with the ball for Dambulla Viiking claiming two crucial wickets each.

The man-of-the-match award, though, went to Angelo Perera, who rescued the side from a tricky position and put them on the path to victory. Without his crucial contribution, Dambulla Viiking could have found the going tough in the chase.

Dambulla Viiking held their nerves to register a four-run win on the D/L method against Kandy Tuskers, in the third match of Lanka Premier League, LPL 2020 on Saturday. 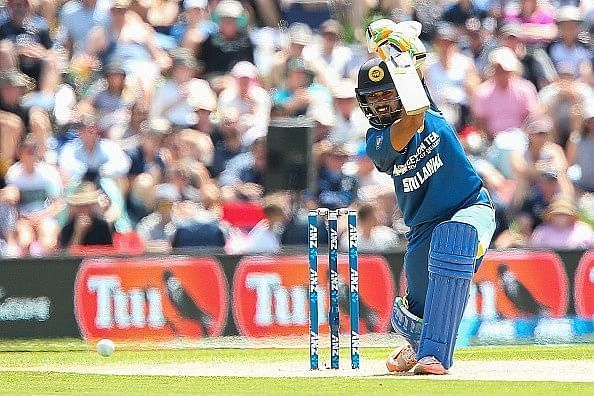 Kandy Tuskers under Kusal Perera will lock horns with Dasun Shanaka’s Dambulla Viiking in the 3rd game of the Lanka Premier League (LPL 2020) today at 3:30 pm.