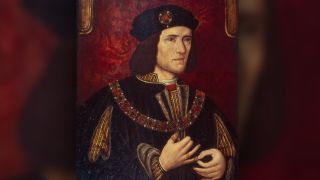 A portrait of Richard III, King of England from 1483 until his death in 1485.
(Image credit: Getty Images )

Richard III was crowned King of England in 1483, and many have long suspected that he gained the throne through the cold-blooded assassination of two young nephews who stood in his way — Edward V, age 12, and Richard, Duke of York, age 9. After King Edward IV’s death, Richard III seized power and imprisoned the youngsters in the Tower of London. “They were never seen alive again,” according to the United Kingdom’s Historic Royal Palaces (HRP) website.

Rumors abounded that Richard ordered the princes’ deaths, and the discovery of a previously unknown “inside source” strengthens the most damning account of the monarch’s guilt, Tim Thornton, a professor of history in the Department of History, English, Linguistics and Music at the University of Huddersfield in England, wrote in a new study.

The dramatic story of the so-called Princes in the Tower — “probably the greatest mystery in British history” — took place against a backdrop of tremendous political turmoil and civil war in England, known as the War of the Roses, Thornton told Live Science in an email. From 1455 to 1485, two rival branches of the Plantagenet dynasty — which included four families, or houses — fought for the British throne. Edward IV led the House of York (represented by a white rose) against the House of Lancaster (symbolized by a red rose), led by his cousin, King Henry VI.

Edward eventually gained the upper hand and became king; Henry’s son and heir was killed in battle in 1471, and Henry died later that year during his imprisonment in the Tower, according to HRP. But while the House of York was now in control, more blood would soon be spilled when Richard (the last king of the House of York and the last Plantagenet) made his own bid for the crown, Thornton reported on Dec. 28, 2020 in The Journal of the Historical Association.

With Edward’s death, Richard was named Lord Protector of Edward’s heir. In Richard’s first acts of protection, he convinced Parliament to declare the dead king’s sons illegitimate; he executed young Edward’s attendants and supporters; he placed the prince in the Tower “for his protection”; and he ordered young Richard’s incarceration. Public sightings of the boys ceased, with some assuming the worst — that the princes had been murdered.

“After Richard III was defeated and killed at Bosworth in August 1485, writers increasingly linked him to the death of the princes,” Thornton said. But these accounts were grounded in speculation, and many details about the princes’ fates remained elusive, such as when and how they died (accusations included drowning, poison, suffocation, starvation and “some unknown manner of violent destruction,” Thornton reported).

Was Richard truly a murderous mastermind? Some historians have argued that the king had no reason to order the princes’ deaths, saying that such tales were vicious propaganda perpetuated by his enemies. But this position ignores clear motive and suspicious circumstances, such as the boys’ coincidental disappearance at the time that Richard seized the throne, “when, directly or indirectly, he had the opportunity and likely the motive to remove a potential focus of opposition to his power,” Thornton said. “But this is indirect evidence, and has, till now, left plenty of space for challenge over the central account of the murder.”

One of the most compelling works to argue the king’s culpability is Sir Thomas More’s “History of King Richard the Third.” Published after More’s execution by King Henry VIII in 1535, it outlined “a coherent and detailed narrative of the murders, of personnel involved and orders given,” Thornton wrote in the study. More provided “precise circumstantial detail” describing the king’s appointment of Sir James Tyrell, a member of King Richard’s inner circle, to end the princes’ lives.

Tyrell then assigned his horsekeeper, John Dighton, and a Tower guard named Miles Forest to commit the deadly act, Thornton reported. According to More, Dighton and Forest entered the princes’ bedchamber late at night and smothered the sleeping boys with their pillows and featherbed.

In the centuries that followed, More’s book “rapidly became the dominant account of Richard’s seizure of the throne and fate of the princes,” even inspiring William Shakespeare’s depiction of King Richard as a craven, bloodthirsty tyrant in the play “Richard III,” Thornton said in the email. But More never disclosed who told him about these grisly details.

Now, Thornton’s study suggests the source of this information: the sons of one of the killers.

Little is known about Dighton and Forest, and both were dead when More began writing his account of the alleged murders. However, Forest had two sons — Edward and Miles — who were still alive at the time. What’s more, both men were favored members of King Henry VIII’s court throughout the early decades of the 16th century, and that would have placed them in the same social circles as More, Thornton discovered.

“More had direct access to the sons of a man who was in the Tower with the princes in 1483, and who More says was the chief murderer,” he explained. The new revelation provides a plausible source for More’s claims that King Richard III gave the original order for the princes’ execution, Thornton said.

“This evidence opens up the strong possibility that Edward and Miles junior were the channel for information about the murders,” which was given to them by their father or mother, Thornton wrote in the study. “Far from being purely propaganda or a much later embroidery of earlier vague stories, More’s account therefore potentially drew on very immediate access to members of the family of one of the alleged murderers,” he said.

Anyone watching Netflix’s latest hit show, “Bridgerton,” knows that the matchmaking Queen Charlotte had a penchant for Pomeranian pups. And in fact, this fondness was true of the real-life Queen Charlotte. She brought them with her when she moved from Pomerania in central Europe to the United Kingdom to marry King George III in 1761. Her love of the lap dog was then passed down through the royal generations. Her son, King George IV also liked the breed and Queen Victoria owned dachshunds, pugs and Pomeranians.

Egyptian pharaoh Seqenenre Taa II may have died on the battlefield, overwhelmed by attackers armed with daggers, axes and spears.