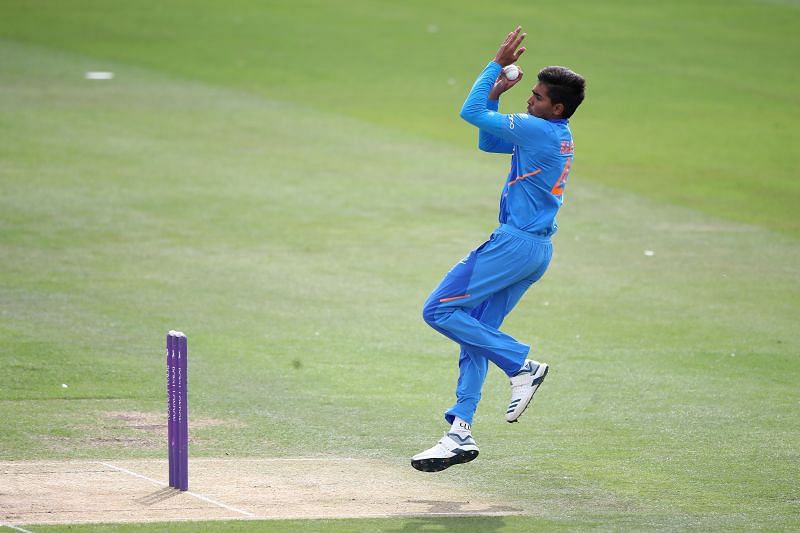 Kartik Tyagi has stated that Ajinkya Rahane acknowledging his efforts after India’s Test series win in Australia will remain a very proud moment for him. The seamer, who toured Down Under only as a net bowler, didn’t play a single international game on Australian soil. But he feels his game improved a lot by being around the Indian dressing room.

Kartik Tyagi would certainly hope of representing India in the future. However, for now, he doesn’t have any qualms about playing a supporting role. In a chat with The Indian Express, the fast-bowler said:

“The main thing was we went to Australia, and we beat Australia. I was present there. When he (Rahane) mentioned my name, it was a very proud moment. To be part of that team was a dream. And I hope that in the future, I will also be able to bowl India to wins in matches.”

Kartik Tyagi revealed that he picked the brains of Jasprit Bumrah and learnt a lot by watching the likes of Pat Cummins and Mohammed Siraj.

“How to plan for a session, how to set fields, how to bowl to a field. I learnt so much by watching, listening and talking. I spoke to everyone I could. Talking to (Jasprit) Bumrah, watching Pat Cummins bowl or Mohammed Siraj making his debut was a great experience,” the pacer added.

Tyagi further said in this regard:

“(I learnt) The importance of being patient and sticking to the plan. Two of the best teams in the world are playing Test cricket, you are present, watching and listening and seeing so many things. I could not have asked for more. How the team discussed all the plans and then how it played out in the ground, was so inspirational.”

Tyagi was in bio bubble for close to five months. He made his debut in the IPL for Rajasthan Royals and was drafted in as a net bowler for the Australian tour. Given the injury issues to India’s fast bowlers, Kartik Tyagi was in with a slight chance to play for India, but the team management went in with T Natarajan for the final Test.

India currently have a plethora of pace bowlers in their rank, and Kartik Tyagi will need to work his socks off to play for the senior team. However, the youngster has time on his hand as he is still just 20. The former India Under-19 international has only played two first-class games in his career.

There is no doubt that the fast bowler would have learnt a lot during the Australia tour. His pace is his biggest asset. Will Pucovski missed the first two Tests due to a concussion he suffered in the tour game against India A. It was Kartik Tyagi who hit the batsman with a snorter of a bouncer.

19-year-old India U19 fast bowler Kartik Tyagi stated that he would never be able to forget the contribution of former Indian batsman Suresh Raina to his career. Kartik Tyagi was an important new-ball bowler for India in the 2020 U19 World Cup. He was instrumental in India reaching the final of the showpiece event where they eventually lost to Bangladesh.

Young fast bowler Kartik Tyagi has revealed that he was petrified when he hit both Will Pucovski and Mayank Agarwal during the recently-concluded India’s tour of Australia.

Former India pacer Ajit Agarkar has picked Kartik Tyagi as one of the emerging pacers to watch out for in the future, considering the skills he displayed for the Rajasthan Royals in IPL 2020.

Every season in the IPL, we get to see some new youngsters who come and perform better than many other players. We have seen players like Hardik Pandya, Jasprit Bumrah, and Yuzvendra Chahal who were youngsters at one stage are now dominating the IPL. 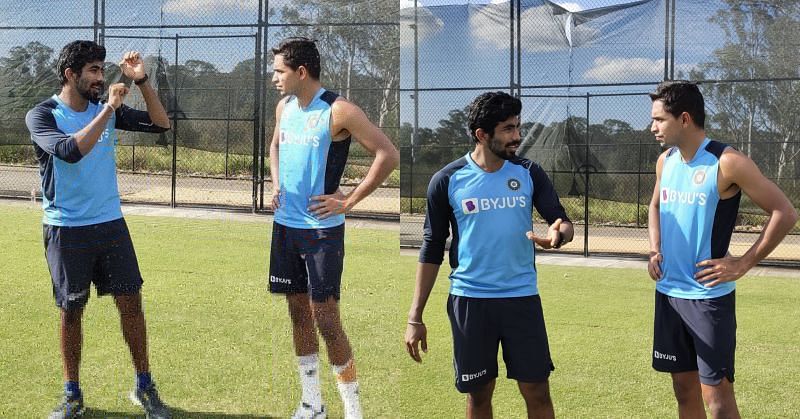 Jasprit Bumrah has quickly become one of the best fast bowlers in the world. His unique action and lethal yorkers have established the Ahmedabad-based bowler as the best all-format pacer in Indian cricket at the moment.