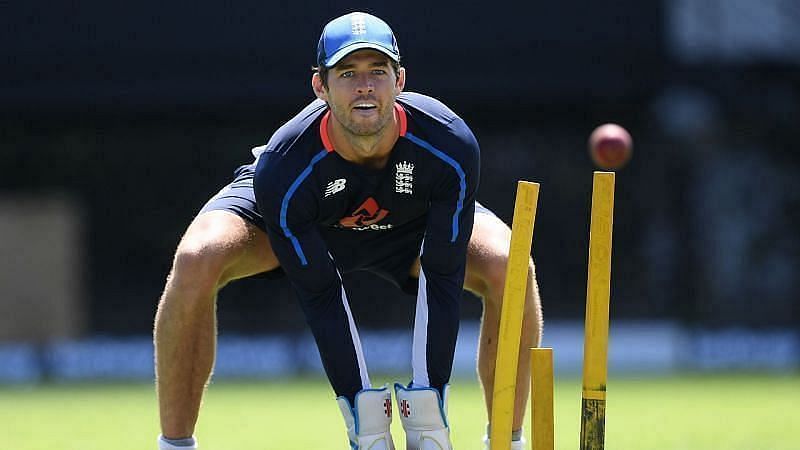 The 27-year-old is not looking too far ahead of himself and is just trying to focus on the challenges ahead.

Jos Buttler kept wickets in both the Tests of the recently concluded series in Sri Lanka. However, a new workload-management policy means that Buttler will fly off home after the first Test in India.

Thus, Ben Foakes will get the rare opportunity to play three Tests on one of the toughest assignments for his team.

Talking in a press conference, Foakes acknowledged his place in the pecking order.

“It’s still very much the case that Jos is No 1. He’s been amazing and he’s a world-class player. I’m just looking at these three games as a chance to do as well as possible and enjoy the experience of playing for England,” said Foakes.

The Surrey wicketkeeper also has brilliant first-class numbers – 5701 runs from 111 games at an average of 38.78.

In his maiden series, against Sri Lanka in 2018, Ben Foakes top-scored for his team with 277 runs from six innings at an average of just under 70.

This included a century on debut and a player of the series award for his performance.

However, on the next tour to West Indies, the opposition bowlers exposed the chink in his armor against short bowling and he was dropped after just two Tests.

Reflecting on the same, Ben Foakes said he needs to be at peace with sitting out every now and then.

“I did expect to play for longer after the way I started in Sri Lanka. I guess it’s tricky to control your emotions in that sense. I got pretty high with all the things going on and then it was taken away because I didn’t get runs in the West Indies. It’s a difficult thing to get your head around. But I know competition among the keepers is so high that not playing is something I have to be at peace with. When I do get chances now, I just have to embrace them,” said Foakes.

The Test series between India and England will kickstart in Chennai on February 5th.

England’s flamboyant gloveman Jos Buttler has opened up on the struggle and the fun of wicketkeeping on spin-favoring pitches.