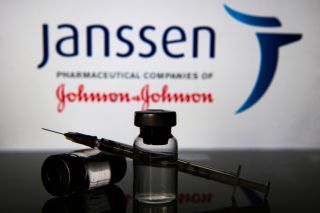 In a large, phase 3 clinical trial that spanned eight countries and included more than 43,700 participants, Johnson and Johnson’s vaccine proved to be 100% effective against COVID-19 hospitalization and death after 28 days, according to a statement. That means that by 28 days after vaccination, none of the vaccinated participants who were infected with COVID-19 were hospitalized or died.

But the level of protection against moderate-to-severe disease varied by country. In the U.S., the vaccine was 72% effective in preventing moderate to severe disease; in Latin America, it was 66% effective; and in South Africa — where a new variant is driving most of the cases — it was 57% effective.

This comes a day after Novavax announced that its coronavirus vaccine also dipped in efficacy from nearly 90% in the U.K. to just under 50% in a small trial in South Africa, according to The New York Times. Preliminary data also found that both the Pfizer and Moderna vaccines may also be less effective against the South Africa variant, according to NBC News.

Still, Johnson and Johnson’s vaccine (developed by its Janssen Pharmaceutical Companies), could be a “game changer,” because its a single shot and can be stored for months at refrigerator temperatures, Dr. Jonathan Temte, a vaccine expert at the University of Wisconsin School of Medicine and Public Health told The Washington Post. Johnson and Johnson’s vaccine can be distributed and stored like standard vaccines, remaining stable for at least three months at temperatures of 36 to 46 degrees Fahrenheit (2 to 8 degrees Celsius).

“Back in July and August, I was hoping we would see a vaccine that was 60 percent effective — in my mind, that would be great,” Temte told the Post. “And now we have had two that have hit the ball out of the park and set expectations spectacularly high, and that’s not fair because we don’t need a home run all the times we’re up to bat.” Pfizer’s and Moderna’s vaccines, the two that are currently being distributed to the U.S. population, were each over 90% effective in preventing an infection with COVID-19.

For comparison, the flu vaccine is about 40% to 60% effective at preventing an infection in the U.S., according to the Centers for Disease Control and Prevention. And the FDA will not approve a vaccine unless it has an efficacy of 50% or greater in phase 3 clinical trials.

While the two U.S.-approved vaccines harness a technology known as messenger RNA, Johnson and Johnson’s vaccine is an adenovirus-based vaccine like the coronavirus vaccines developed by the University of Oxford and AstraZeneca (approved in the U.K.); it uses an adenovirus to deliver the genetic code for the coronavirus’s spike protein to spur an immune response in the body, Live Science previously reported.

Johnson and Johnson found that their vaccine started protecting people against severe illness after 14 days, and increased in protection as time went on. An independent group of experts known as the Data and Safety Monitoring Board (DSMB) found that the vaccine was “generally well-tolerated,” and they did not find any significant safety concerns, according to the statement.

Johnson and Johnson is planning to file for an emergency use authorization with the Food and Drug Administration (FDA) in early February. That approval might come by the end of February, according to NBC News.

When and if it’s approved, the company “expects to have product available to ship immediately,” according to the statement.

The U.S. Food and Drug Administration (FDA) authorized Johnson & Johnson’s COVID-19 vaccine for emergency use on Saturday (Feb. 27), making it the third shot cleared for use in the country.

Two COVID-19 vaccines are available in the U.S., and a third, developed by Johnson & Johnson recently submitted an application for emergency use authorization, meaning it could be available in early March.

You have likely heard that Pfizer’s COVID-19 vaccine efficacy is 95%, Moderna’s is 94% and Johnson & Johnson’s is 66%. But what do these numbers actually mean?

Editor’s note: This article was last updated at 1:30pm on March 1. The original article was posted on Jan. 11.