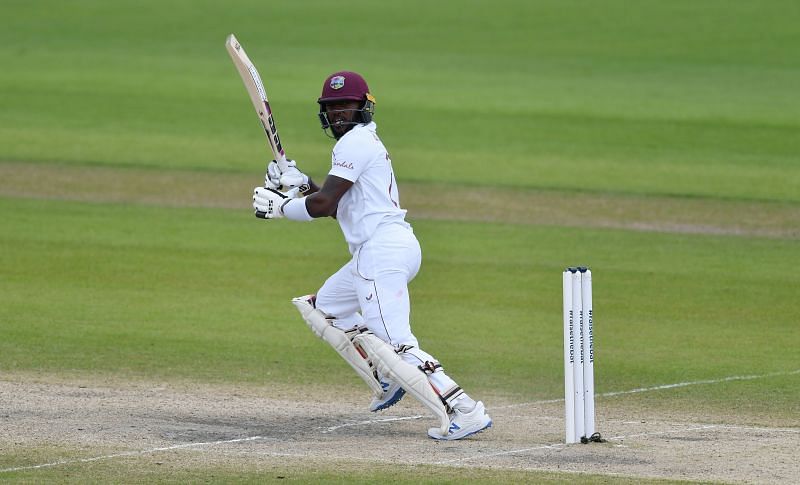 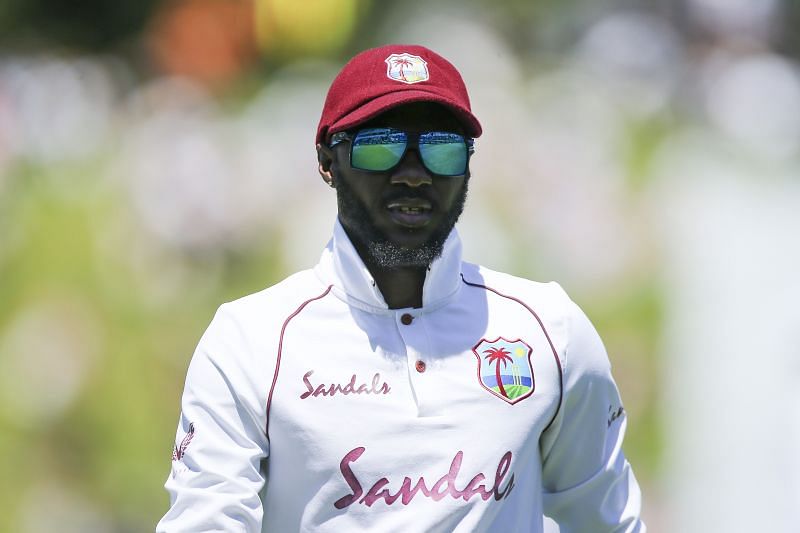 West Indies batsman Jermaine Blackwood has revealed how a small conversation with Indian captain Virat Kohli helped him change his approach towards batting.

Jermaine Blackwood explained that while he has had a few chats with Kohli on social media, his small conversation with the star batsman during India’s tour of West Indies in 2019 had a positive and lasting impact on him.

Ahead of West Indies’ Test series against Bangladesh, Cricbuzz quoted Blackwood as saying:

“I don’t really have a lot of conversations with international players. I talked to Virat Kohli a few times as well, on social media. The last time India toured the Caribbean, I had a chance to talk to him in Jamaica when I was there subbing. So, after the game, I just had a small conversation. I asked him about how all the time that I have a lot of half-centuries and one century. He just said, what will you do when you score a century, how many deliveries did you face? I said I faced 212 balls. He said that’s it, once you can bat some balls, you’re going to score runs.”

Jermaine Blackwood further added in this regard:

“So, I took a big thing from that. After that conversation, I tell myself that once I can bat over 200 or 300 balls, the way I bat, I can score runs regardless of who I am playing against or where I am playing.”

Jermaine Blackwood has brought up his 2nd Test century on the morning of Day 4.

Jermaine Blackwood has brought up his 2nd Test century on the morning of Day 4.

Blackwood played two quality knocks in 2020, both of which came in tough overseas conditions. The right-handed batsman, who scored a fine 95 against England at Southampton, notched up an excellent century against New Zealand at Hamilton.

Jermaine Blackwood shares a close bond with fellow Jamaican Andre Russell. The 29-year-old further stated that despite playing just one Test, Russell knows his cricket and gave him valuable advice.

“Me and Russell did a lot of talking. We are very close. I need to improve in kicking on and getting more hundreds. We mostly talk about my shot selections. When I started playing for the West Indies, I was young and excited. My style of batting was to play a lot of shots and put the bowlers under pressure,” Blackwood said.

The Jamaican went on to add:

“What I learned was that you couldn’t make a hundred in an over or two. You have to spend hours at the crease. I did a lot of talking with Russell, and he gave me a lot of pointers on what I needed to do. Not because just T20s. He only played one Test match, but he is a guy who knows his cricket.”

West Indies will next play Bangladesh in a two-match Test series, with the first match starting on February 3 in Chittagong.

The #MenInMaroon were back out on the park today! WI are gearing up for the test series, which begins on February 3 at the Zahur Ahmed Chowdhury Stadium! #BANvWI 🏏🌴 pic.twitter.com/yT39Dr8sIe

The #MenInMaroon were back out on the park today! WI are gearing up for the test series, which begins on February 3 at the Zahur Ahmed Chowdhury Stadium! #BANvWI 🏏🌴 pic.twitter.com/yT39Dr8sIe

West Indies lost the first Test of the series against New Zealand at Hamilton by an embarrassing margin of an innings and 134 runs. West Indies batsman Jermaine Blackwood was one of the key positives for the visitors in the match.

International cricket made an entertaining return at Southampton as England and West Indies faced off in the first Test of the 3-match series. After Day 1 was marred by rain, the weather relented to allow a result in the last session of Day 5.