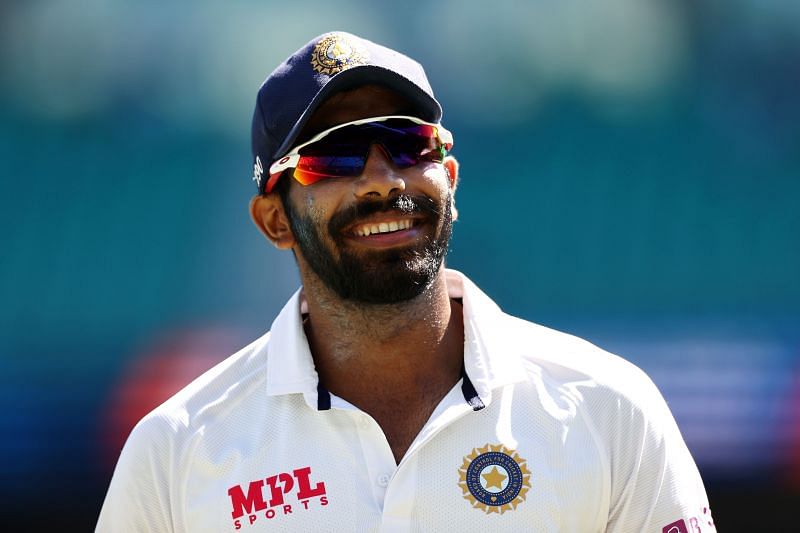 Jasprit Bumrah talked about how the ban of saliva usage affects the fielding team in terms of maintaining the ball. In the wake of COVID-19 pandemic, use of saliva to shine the ball has been banned by ICC.

Indian bowlers had to toil hard on the first day of the Chennai Test against England as the visitors finished the day on 263-3. After the day’s play, Jasprit Bumrah talked about how using just sweat isn’t an effective way to shine the ball. He said:

“The ball did become soft after a while, and the wicket is on flatter side with the bounce being less. You are left with limited options (to shine ball). We are trying to figure out what we can do with the limited things on hand, at that time. It becomes difficult when the ball becomes soft and doesn’t shine really well because of new COVID-19 rules; we can’t use saliva, very difficult during that time to maintain the ball.”

Teams often use saliva on one side of the ball to make it heavier, which in turn helps it in reverse swinging. However, we didn’t see much reverse swing on offer during the day’s play, and Bumrah explained why.

Jasprit Bumrah turned out to be India’s most successful bowler on day 1, picking two of the three England wickets. The right-arm fast bowler trapped Dan Lawrence lbw in the first session for a duck.

After that, the seamer had to be patient throughout the day as the pitch wasn’t offering much. Bowling the final over of the day, Jasprit Bumrah dismissed a well set Dom Sibley for 87 with a well-directed yorker to give Indians some joy at the end of day’s play. Joe Root is still at the crease on 128.

Jasprit Bumrah bowled his signature booming yorker, which Ben Stokes was just able to keep out on Day 2 of the Chennai Test. The Indian seamer started bowling round the wicket to the English all-rounder early in the day’s opening session, almost providing the hosts with the much-needed breakthrough.

India pacer Umesh Yadav felt that the ban on the usage of saliva to shine the ball could make things difficult for bowlers.

Indian fast bowler Ishant Sharma is the latest of his ilk to speak up against the International Cricket Council’s (ICC) decision to put a ban on the use of saliva to shine the cricket ball. Ishant Sharma believes that the decision will future tilt the balance in the favour of batsmen as the ball might not reverse swing much later in the innings.

South African pacer Lungi Ngidi felt that the fast bowlers would now need to come up with new plans to shine the ball in the new bio-secure environment in which cricket is going to be played.