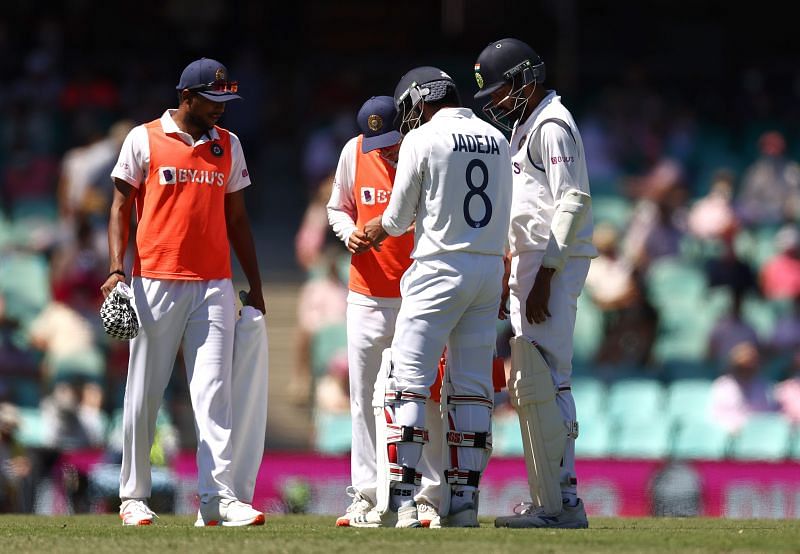 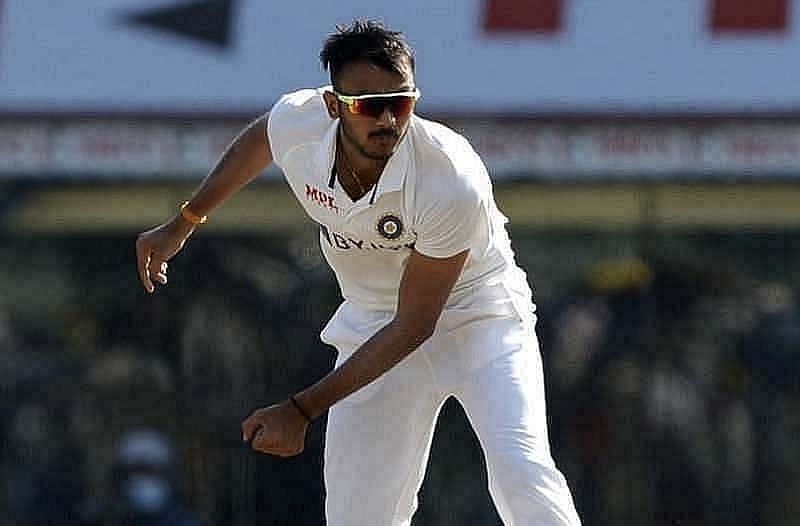 Sunil Gavaskar has said Axar Patel‘s terrific performances against England would have made Ravindra Jadeja wonder why his thumb injury has not healed yet.

Jadeja was hit on his left thumb by a Mitchell Starc delivery in India’s first innings of the Sydney Test against Australia. He took no further part in the series and was ruled out of the Tests against England as well, with Axar Patel coming in as a like-for-like replacement.

During a discussion on Star Sports, Sunil Gavaskar and Graeme Swann were asked if Jadeja walks into the Indian team after recovering from his injury, despite Axar Patel picking up 11 wickets in the last match.

Gavaskar responded the Saurashtra left-arm spinner might be thinking why it has taken so long for him to recover from his injury.

“Jadeja is now wondering what happened to his thumb. He is asking the doctor why his dislocated thumb has taken so long to recover. He got hit on the 10th of January and it is now end of February, for a dislocated thumb to take that long, ooh,” said the former Indian skipper.

Swann stated on a lighter note that Jadeja could play for the England team if Axar Patel’s performance keeps him out of the Indian lineup.

“I am a huge fan of Jadeja. Seeing how well Axar Patel has done, I think he should go on leave for a week and Jadeja can either come and play for England or can play for India because I think Axar Patel has done enough for now, we have seen enough of him, haven’t we,” said the former England spinner.

Jadeja after seeing Axar Patel taking 5 wickets back to back. #INDvENG pic.twitter.com/OjmnOud4Kt

Jadeja after seeing Axar Patel taking 5 wickets back to back. #INDvENG pic.twitter.com/OjmnOud4Kt

Talking about Axar Patel’s bowling effort, Sunil Gavaskar lauded the lanky left-arm spinner for sticking to the basics and bowling an immaculate line and length.

“You have got to say that the pitch did help him [Axar Patel] in both the games, no question about it, but then he utlilised it very well. What he did was he bowled to his strengths, his strength is accuracy and he was landing the ball in the nice little grouping around the off and middle, which meant when the ball went straight he was getting his men out LBW and when the ball turned he was creating doubts in the batsmen’s minds,” concluded Gavaskar.

Outstanding from Axar Patel. Used the conditions perfectly. And the moment he got one to turn early, his quicker, skiddier ball was going to be the danger.

Outstanding from Axar Patel. Used the conditions perfectly. And the moment he got one to turn early, his quicker, skiddier ball was going to be the danger.

Ravindra Jadeja is likely to take his place in the Indian team once he recovers from his injury, considering his outstanding all-round performances over the last few years.

Axar Patel can be fielded by the Indian team whenever they need a third spinner on tracks that afford turn. A good performance with the bat in the final Test of the series will establish his credentials further and also keep Jadeja on his toes. 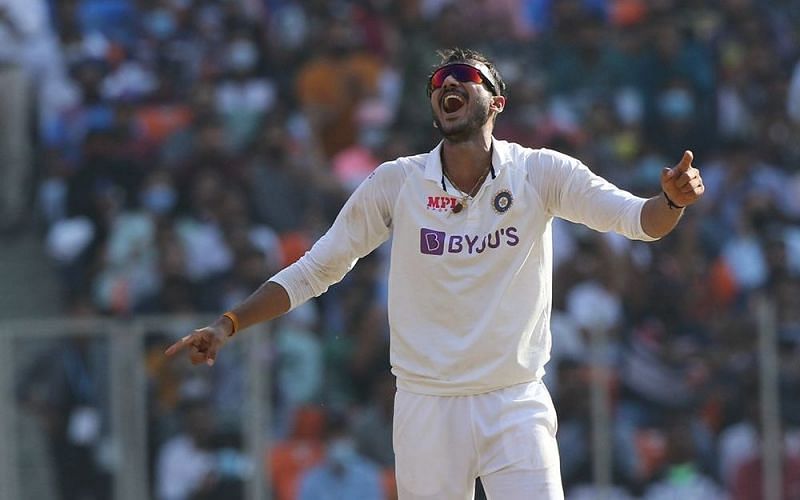 If you had to name the one player in India who resembles Ravindra Jadeja the most, you’d probably pick Axar Patel. 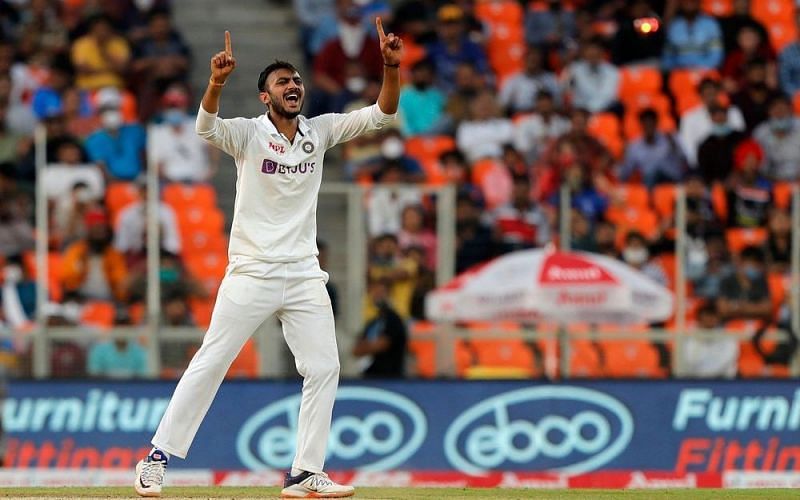 Ian Bell has said Team India should give the new ball to Axar Patel in the fourth Test against England. 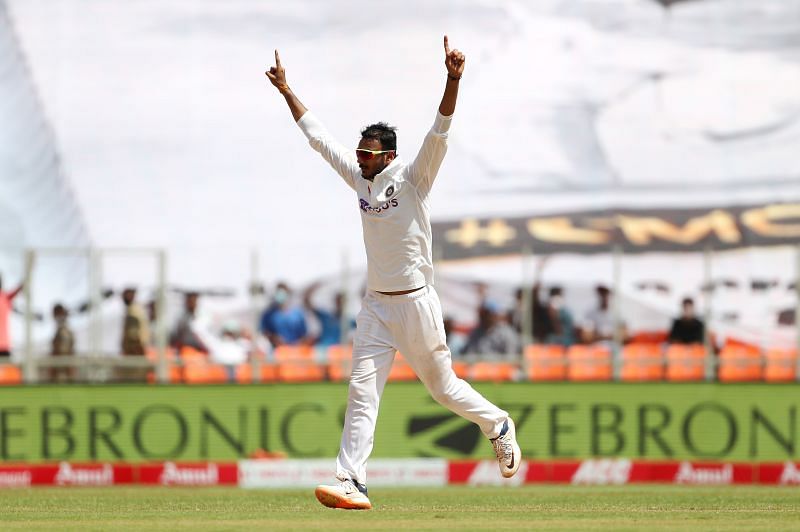 Sunil Gavaskar has said Axar Patel has done exceedingly well in the chances he has gotten. He added it could make Ravindra Jadeja‘s return difficult. 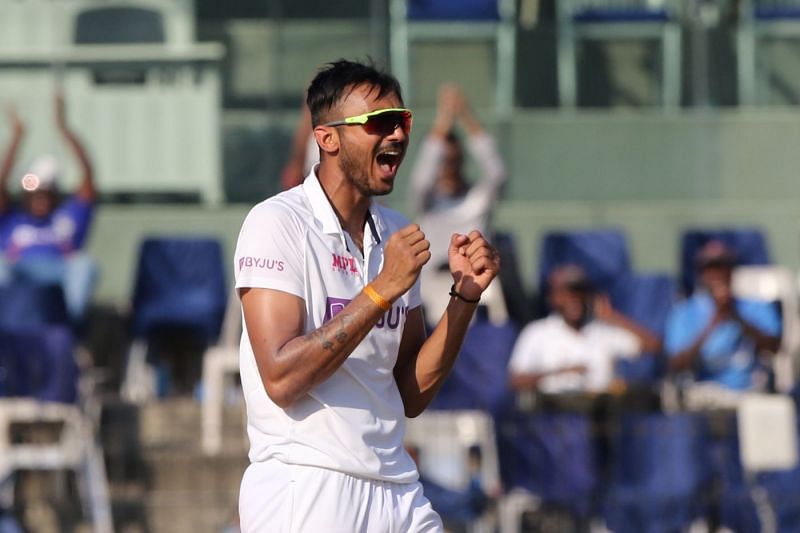 Continuing his fairytale start to life in Test cricket, Axar Patel picked up a five-wicket haul on the first day of the third Test against England at his home ground in Ahmedabad.