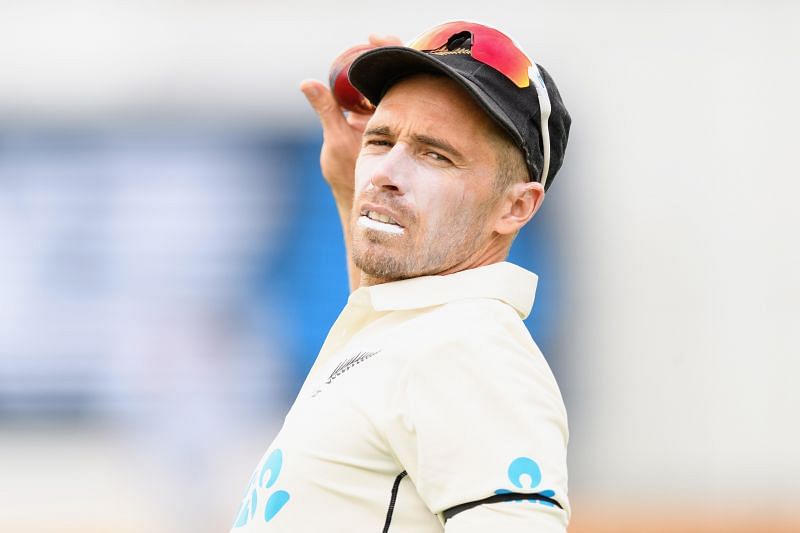 In a press conference at the end of the third day’s play, Tim Southee was asked whether he was excited about the impending landmark. Replying that milestones come along when one plays for a long duration of time, he admitted that getting 300 Test wickets would be special.

“When you play for long enough, these things happen. But, it will be something special if I can get there. At the moment, it is about coming back tomorrow and taking the remaining wickets. It’s just nice to contribute,” said Tim Southee.

West Indies are reeling at 27/4 in their second innings!#NZvWI pic.twitter.com/6hhXpAIPqw

West Indies are reeling at 27/4 in their second innings!#NZvWI pic.twitter.com/6hhXpAIPqw

Asked about how long he plans to carry on playing, Tim Southee revealed that he wants to play for as long as he can.

“Having a forced break for seven months (meant I) took a little bit of time to get going. But, once you get going, your body hardens to cricket again,” explained Southee.

“Fitness is a big part of the side, especially around the bowlers. And it’s the reason why we can bowl plenty of overs. So I would like to play for as long as I can,” the player added.

Tim Southee was New Zealand’s best bowler with 4 for 35 in West Indies’ first innings. The visitors were rolled over for 138 runs in response to Kiwis’ mammoth first-innings score of 519 for 7, which was built around skipper Kane Williamson’s splendid knock of 251.

Things looked bleak for the visitors at 89/6, but an unbroken 107-run stand for the seventh wicket has given them a ray of hope 🙌#NZvWI SCORECARD ▶️ https://t.co/5W5qK9wDQX pic.twitter.com/oYEN6JTIVw

Things looked bleak for the visitors at 89/6, but an unbroken 107-run stand for the seventh wicket has given them a ray of hope 🙌#NZvWI SCORECARD ▶️ https://t.co/5W5qK9wDQX pic.twitter.com/oYEN6JTIVw

Playing in his 74th Test, the New Zealand fast bowler, who made his debut back in 2008, has 289 Test wickets to his name at an average of 28.76. Tim Southee has claimed 10 five-fors and one 10-wicket haul in an impressive career.