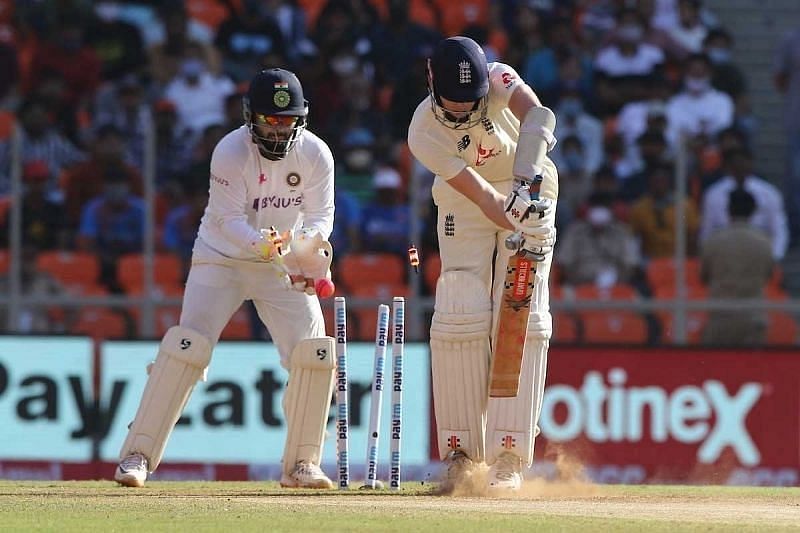 The Motera surface has come under the scanner after the third Test ended inside two days. The BCCI think-tank believes another dust bowl wouldn’t bode well for the new stadium as it is in line to host a lot of important matches during the IPL and the upcoming ICC T20 World Cup.

“Expect a good hard surface which will be firm and even bounce. It will be a batting beauty, and since it’s a traditional red-ball match, one can expect a very high-scoring contest here from March 4-8,” a senior BCCI official told PTI on conditions of anonymity.

The official also gave an update on the English camp and said that the visitors hadn’t launched any official complaint regarding the pitch used for the third Test.

“If there are two matches played at the same venue, you can’t hold one result in isolation. Let the final Test be over, and then, based on match referee Javagal Srinath’s report, the ICC can decide its course of action. Also, as of now, the England team hasn’t lodged any official complaint,” added the BCCI official.

Even a draw in the final game will suffice for Team India as a 2-1 series win would see them through to the ICC World Test Championship finals, where they will face New Zealand. England are out of contention after their latest defeat to India.

The third-Test match went down in history as the shortest Test matches in the post-World War II era in terms of balls bowled (842). However, the BCCI official pointed out that it was the pink-ball that affected the game rather than the pitch.

“It was more about the ball and the way it skidded rather than the pitch, which many English former greats are panning. It was straight deliveries that they couldn’t counter. But having said that, these kinds of tracks have a tendency to backfire and the BCCI is well aware of that,” added the official.

Jasprit Bumrah will not be available for selection for the fourth Test as he was released from the squad, citing personal reasons. The final Test between India and England will begin on March 4th.

Former cricketer Matthew Hayden has opined that India has all the makings of a great team because they can win against all odds and in any condition. Hayden also added that Team India have the ability to fight it out when faced with challenging situations.