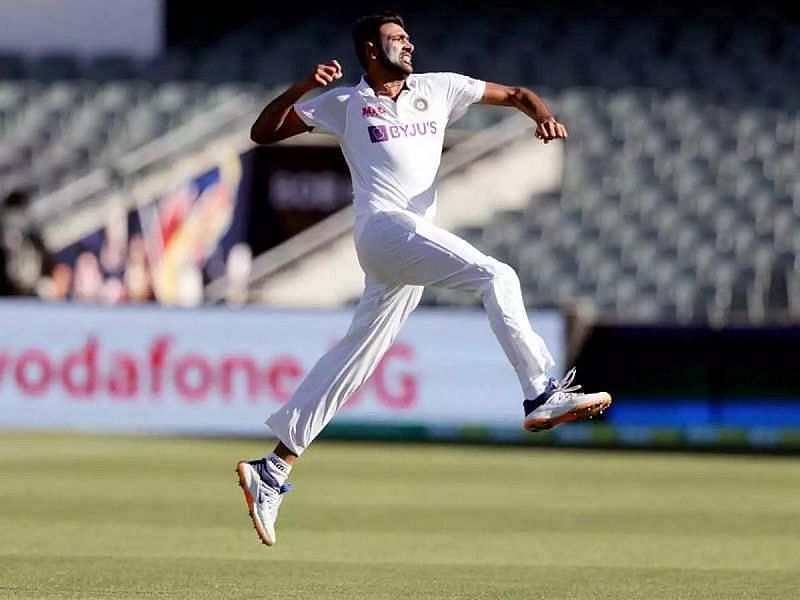 Ashwin managed to grab the limelight in all departments, picking up a 5-wicket haul in England’s first innings and following it up with a match-saving ton under extreme batting conditions to put the hosts right on top of the game.

In the post-match presentation, Ashwin revealed that it was more of a ‘mind game’ to pick up wickets on this pitch.

“It was the mind of the batsmen that got us wickets. I have been playing for years over here now and it takes pace and guile to do it. Keeping the intent was very important,” he said

Great things never come from comfort zone and this is great knock from @ashwinravi99 Also showed it’s going to be hard batting on this pitch but hard does not mean impossible. Nothing but RESPECT Ash🙏 #INDvsENG pic.twitter.com/1S2Wdiv83Y

Great things never come from comfort zone and this is great knock from @ashwinravi99 Also showed it’s going to be hard batting on this pitch but hard does not mean impossible. Nothing but RESPECT Ash🙏 #INDvsENG pic.twitter.com/1S2Wdiv83Y

Additionally, Ravichandran Ashwin also spoke about how his improved batting performance was due to a tactical approach rather than a technical one. The all-rounder then credited vice-captain Ajinkya Rahane for helping him keep his cool.

“My batting was more about hands, to think tactically instead of technically. Ajinkya played a crucial role in telling me that I was overthinking it,” Ashwin revealed

Crowds in Chennai are known to be well-versed with their cricket. Ravichandran Ashwin being the local lad, received a rousing reception as he entered and walked off the field during the second Test in Chennai.

During his Man of the Match speech, he dedicated his performances to the crowd and thanked him for their support.

“Thankful to the crowd I felt like a hero with the support I got and having watched a lot of matches from the stands and dreaming of playing here it was a surreal feeling to do this in front of them.”

England went 1-0 up without the crowd, and India levelled the series 1-1 with them present. The series now moves to Ahmedabad for the final two Tests, which could have major implications on the World Test Championship.

Team India had close to a perfect day on Monday, with the side now just 7 wickets away from a win in the second Test against England. On a frantic day which saw 12 wickets fall, England ended the day at 53/3. The visitors need a mammoth 429 runs to win, and only something special can prevent India from leveling the series at 1-1.

Ravichandran Ashwin completed a fairytale comeback on his return to the Chepauk as he brought up his fifth Test hundred. It was a magnificent knock, given the conditions that were on offer and the pitch that was deteriorating with every passing hour.