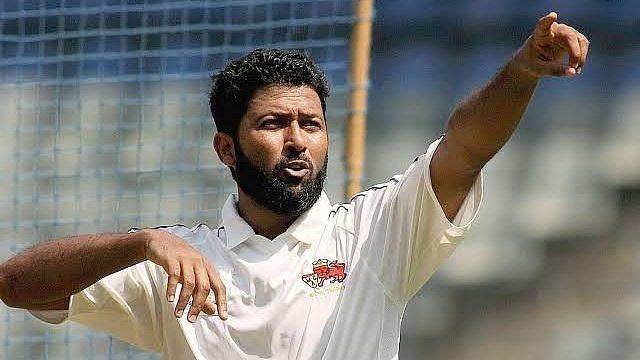 Former India opener and domestic legend Wasim Jaffer was definitely unlucky not to have played more than 31 Test for India. With Virender Sehwag and Gautam Gambhir making the opening slot their own, Wasim Jaffer kept waiting in the wings — a never-ending one until the latter realised there was no hope.

Still, without making much noise, Wasim Jaffer kept going strong at the domestic level for Mumbai, and in his later years for Vidarbha. Along the way, he set many records.

Wasim Jaffer is the only player in the Ranji Trophy to have scored over 12,000 runs. He also has scored the most centuries (40) in the tournament. In December 2019, Wasim became the first batsman in history to play 150 Ranji Trophy matches.

Despite his fabulous record, there weren’t many screaming for Wasim Jaffer’s inclusion in the Indian Test team. His restraint demeanour meant he never quite grabbed the headlines during this playing days.

That’s why he has taken people by surprise with his ‘rockstar’ version on Twitter. Online is a completely different space compared to the pitch, and Wasim Jaffer is utilising his hidden talents to win over new fans. The 42-year-old’s wit and humour have invited comparisons with New Zealand’s Jimmy Neesham, who loves to take funny digs at anything and everything related to cricket.

Wasim Jaffer’s Twitter memes have won him more admirers than he ever had on the cricket field. As fans of pure humour, we’re glad Jaffer is exploring his funny side, and giving us fresh insights on latest cricketing updates.

We take a look at some of the best memes shared by the former cricketer.

Wasim Jaffer targetted ex-England skipper Michael Vaughan, who had predicted that Australia would dominate India across formats in the ongoing series.

‘Early call … I think Australia will beat India this tour in all formats convincingly,’ Vaughan had tweeted on November 27 after India’s loss in the first ODI.

There was plenty of noise over India’s decision to use Yuzvendra Chahal as a concussion substitute for Ravindra Jadeja in the first T20I. Australian coach Justin Langer wasn’t pleased with the change. To make matters worse, Chahal ended up as the man of the match for his three-for.

Wasim Jaffer made light of the serious controversy.

In the wake of the amazing camaraderie between India and Australia in the ongoing series, many ex-cricketers from India have asked the visitors to needle Australia and make things tense out in the middle.

Wasim Jaffer too pitched in with his words of wisdom for the two teams.

Glenn Maxwell, purchased for Rs 10.75 crore by KXIP, performed atrociously in IPL 2020. However, as soon as he stepped into Australian colours, he was the dangerous Maxwell of old.

A cricket statistician posted details about how India could lose points if they fail to maintain their over-rate in ODIs. He was referring to India’s struggle in completing their overs in stipulated time in the one-dayers against the Aussies.

Wasim Jaffer did a Virender Sehwag with his nonchalant take on the ‘non-issue’.

Being hosts we’ve already qualified for 2023 WC so in short 😉 https://t.co/Dgq63v8mbP pic.twitter.com/4KCVT7fve9

Being hosts we’ve already qualified for 2023 WC so in short 😉 https://t.co/Dgq63v8mbP pic.twitter.com/4KCVT7fve9

While Wasim Jaffer himself was disappointed to see ‘Big Show’ Maxwell strike form against India following a dismal IPL 2020, he could only imagine how KXIP skipper KL Rahul would have been feeling.

After all, as wicket-keeper, Rahul had the best seat in the house to view Maxwell’s exploits.

A few weeks back, organisers of the Big Bash League revealed that there would be three changes to the rules for the upcoming BBL season. The modifications though were so perplexing, Wasim Jaffer couldn’t stop himself from expressing his bewilderment.

With just over ten days to go for the Vijay Hazare Trophy, Wasim Jaffer has resigned as Uttarakhand’s coach. The reasons for the sudden resignation aren’t known yet.

Former India cricketer Wasim Jaffer, who recently resigned as Uttarakhand coach, has rejected allegations by officials that he favoured religion-based selections in the team.