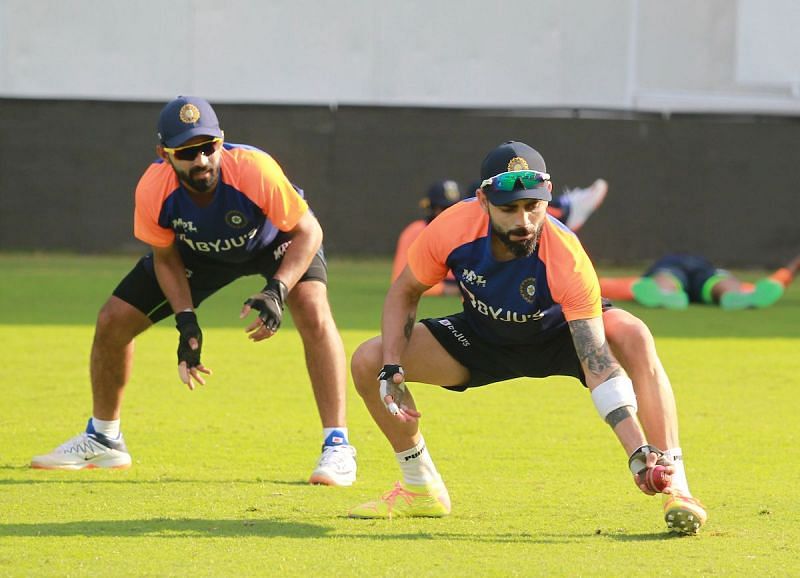 England captain Joe Root called it right at the toss and chose to bat first on a Chepauk track, which seems to stay batting-friendly for the first three days before aiding spin on the last two. Quite rightly, the hosts have included three spinners – Ravichandran Ashwin, Shahbaz Nadeem, and Washington Sundar and two pacers – Jasprit Bumrah and Ishant Sharma – in their ranks.

England have elected to bat against #TeamIndia in the first Paytm Test at Chepauk. #INDvENG pic.twitter.com/9NvyYM5auv

England have elected to bat against #TeamIndia in the first Paytm Test at Chepauk. #INDvENG pic.twitter.com/9NvyYM5auv

While left-arm orthodox Nadeem is back in whites for the first time since the Ranchi Test against South Africa in 2019, Sundar has retained his place after putting in a match-winning performance at the Gabba. The 21-year-old Chennai lad has been picked to fill the injured Ravindra Jadeja’s shoes.

There is only change from the batting line-up fielded in Brisbane, with Virat Kohli replacing Mayank Agarwal. Rishabh Pant has been picked ahead of Wriddhiman Saha to don the wicket-keeping gloves, for the first time in a home Test since October 2018.

England have made as many as four changes from the second Test against Sri Lanka last month. Apart from the much-needed returns of all-rounder Ben Stokes, express pacer Jofra Archer, and opener Rory Burns, the Joe Root-led side have brought in Ollie Pope in place of the injured Zak Crawley.

India need to win the series by a margin of two Tests to seal a date with New Zealand in the World Test Championship final in June. England, on the other hand, have to win at least three of the four Tests to book the slot.

Hosts India have won the toss in the first Test and opted to bat first.

Here are the playing XIs for the first @Paytm #INDvENG Test in Chennai. 👇 #TeamIndia pic.twitter.com/rdRjem36Ft

Here are the playing XIs for the first @Paytm #INDvENG Test in Chennai. 👇 #TeamIndia pic.twitter.com/rdRjem36Ft

The India-England Test series kicked-off on Friday with the first of the four Tests in Chennai.