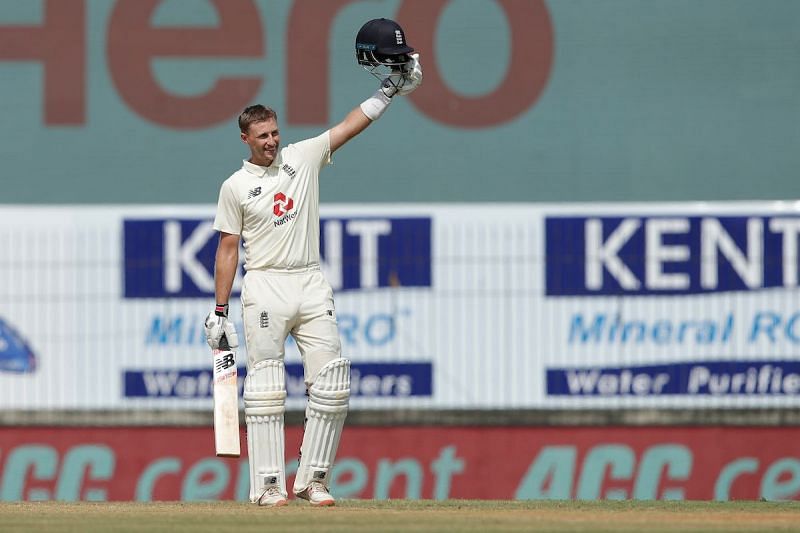 England didn’t let Ben Stokes’ dismissal halt their charge, with the visitors adding 99 in the 2nd session. Joe Root reached his double century with a six, and Ollie Pope looks settled as well.

99 runs and a wicket in the second session.

99 runs and a wicket in the second session.

A bullish Ben Stokes came out with intent post lunch, looking to continue his assault on India’s bowlers. The century stand between Root and Stokes came up next, but the latter fell soon after.

A slog sweep off Nadeem went straight to Cheteshwar Pujara in the deep. India’s No 3 managed to hold on after a big fumble, and Ben Stokes’s aggressive return to Test cricket came to an end at 82.

India had their tails up after Stokes’ wicket. England slowed down while Ollie Pope took time to settle, with just 17 runs coming in the 10 overs after the all-rounder’s dismissal.

But India couldn’t get the breakthrough despite bowling in some nice areas. The bouncer was used by both Ishant and Bumrah, while Nadeem found his length on occasions too. But Joe Root controlled proceedings nicely, taking his average in India past Virat Kohli’s.

The home side lost their final review, as the team appealed for a bat-pad catch. Virat Kohli was doubtful about going for it, and he ultimately proved to be right as the review showed the ball hitting Pope’s forearm and not his glove.

It was time for Joe Root to score his 5th double hundred, and he did that in style. The England skipper has looked at home since ball one, and he brought up his double hundred with a six off India’s most experienced spinner.

India’s main bowlers got tired, so it was time for Rohit Sharma to roll his arm over. He bowled the last over before Tea, as they went into the break scratching their heads. India haven’t made any headway despite their best efforts, and now need something extraordinary if they want to bowl England out soon.

With Joe Root’s double ton done, expect England to pick up the scoring rate in the final session. Root targeted 600-700 in the 1st innings, and the visitors could well reach that figure if they continue playing like this in Day 2’s final session

Joe Root scored his maiden double hundred against India by smashing off-spinner Ravichandran Ashwin over long-on for a maximum. The England skipper became the first cricketer ever to hit a double century in his 100th Test.