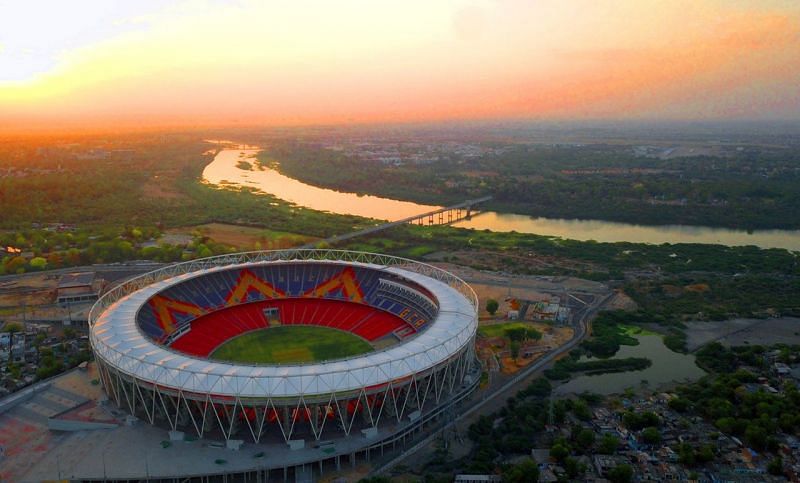 India have made just two changes from the side that beat England by 317 runs just a few days ago. Jasprit Bumrah comes into the side in place of Mohammed Siraj, with the spearhead fresh after being rested in the second game.

Kuldeep Yadav drops out as well, with India preferring to go with Washington Sundar to strengthen the batting order.

Ready for the hustle 👌#TeamIndia get into the huddle ahead of the third @Paytm #INDvENG Test! 👍 pic.twitter.com/NMwY2l1KSn

Ready for the hustle 👌#TeamIndia get into the huddle ahead of the third @Paytm #INDvENG Test! 👍 pic.twitter.com/NMwY2l1KSn

England have made a host of changes to their side as well. James Anderson and Jofra Archer come in and will form the core of England’s pace attack. With Moeen Ali flying back, England have kept Stuart Broad in the side.

Zak Crawley plays his first Test of the series, replacing Rory Burns who has struggled during the IND vs ENG series. The young Dan Lawrence drops out with the experienced Jonny Bairstow taking his place at No.3.

The 3rd IND vs ENG Test is crucial for both sides in the context of the World Test Championship. England have to win this one if they want to stay alive in the competition. For India, a win would be preferable but a draw will make the final IND vs ENG Test at the same venue a must-win fixture.

We have arrived at the Sardar Patel Stadium! 🏴󠁧󠁢󠁥󠁮󠁧󠁿🏏#INDvENG pic.twitter.com/AlZYEQV6cQ

We have arrived at the Sardar Patel Stadium! 🏴󠁧󠁢󠁥󠁮󠁧󠁿🏏#INDvENG pic.twitter.com/AlZYEQV6cQ

The pink-ball Test is just the second such fixture to be played in India. With 55,000 fans expected and the series level 1-1, the day-night India vs England Test is set to be a cracker.

England have won the toss and chosen to bat first.

England skipper Joe Root has won the toss and chosen to bat first in the fourth IND vs ENG Test. The match at the Narendra Modi Stadium in Ahmedabad will start at 9:30 AM IST.