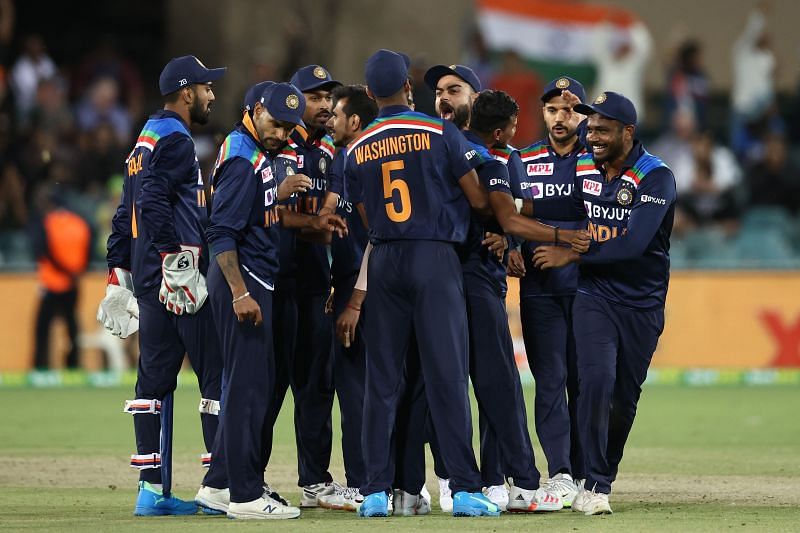 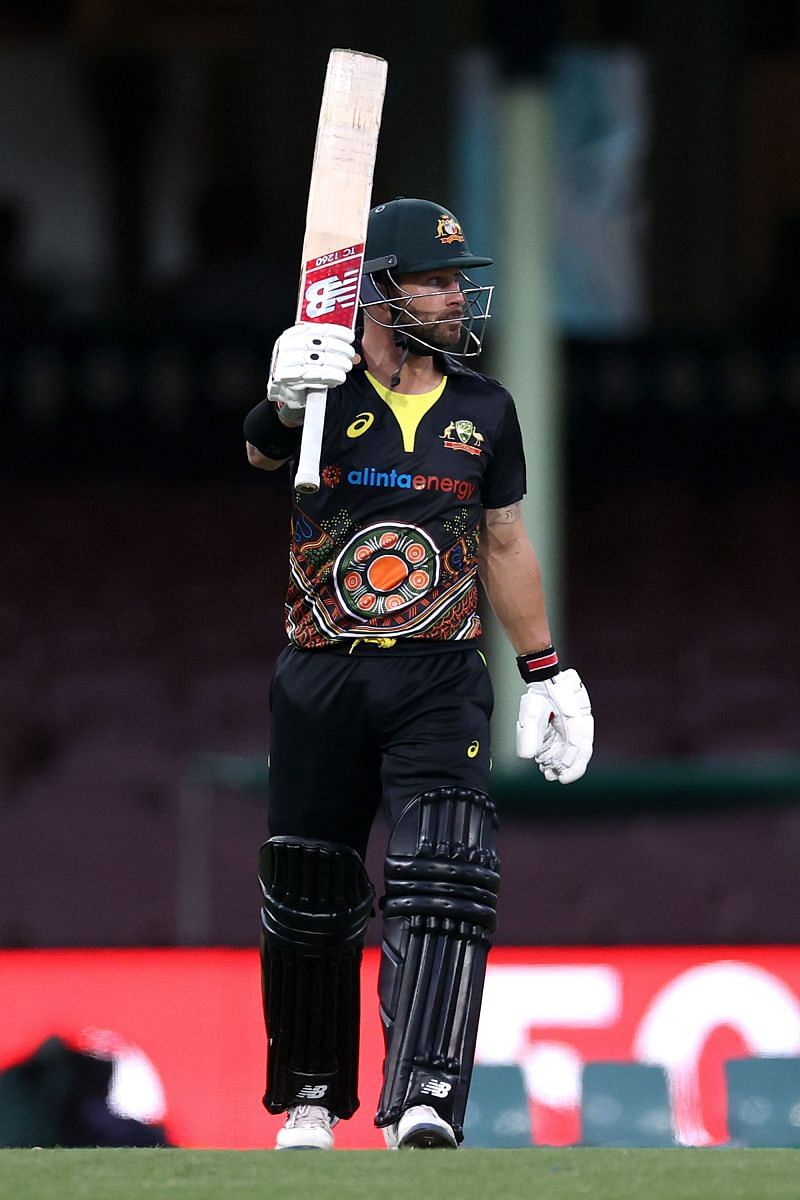 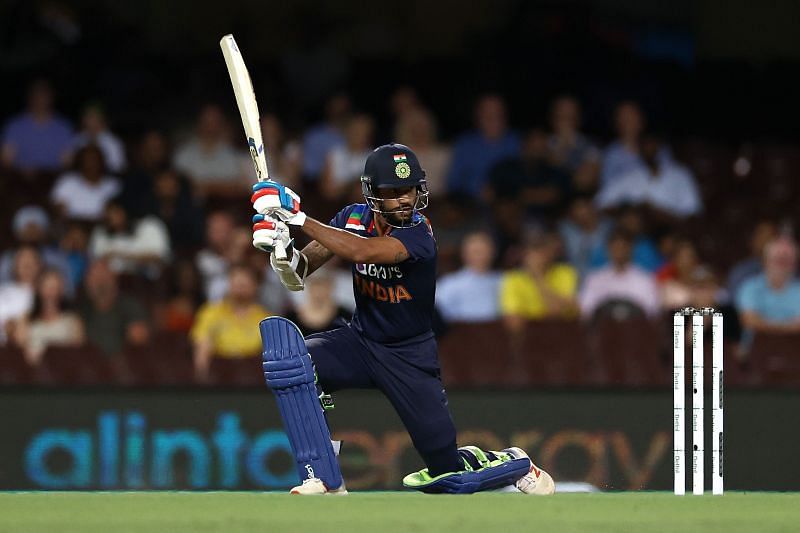 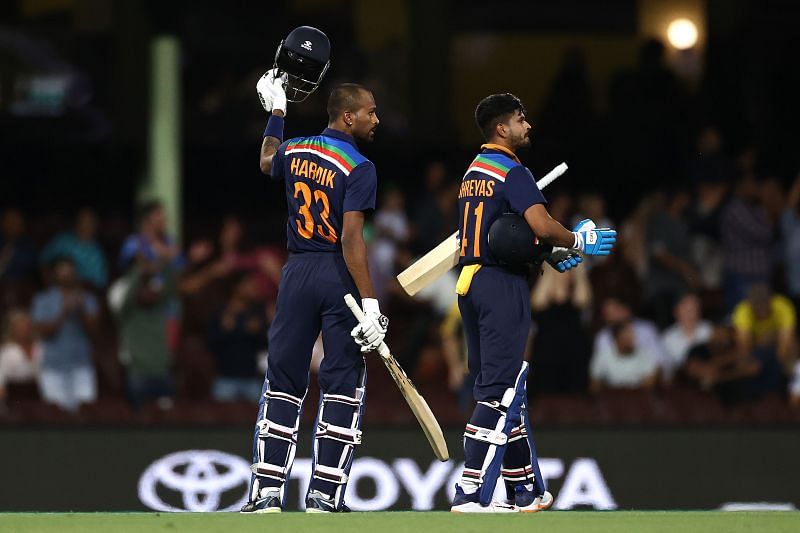 Most teams have opted to bat first after winning the toss at the SCG, but India decided to get the most out of the surface, which had a tinge of green, early on.

With a few key players missing out from the clash due to injuries, it was a new-look Australian side with Matthew Wade at the helm that took to the field.

In the absence of David Warner and Aaron Finch, a new-look opening combination was set to take centre stage at the iconic venue. The new skipper of the side, along with D’Arcy Short, started the proceedings for the home team.

The duo have plenty of experience batting together for the Hobart Hurricanes in the Big Bash League. Wade started the innings in commanding fashion, smashing the Indian bowlers all around the park. He was particularly severe on young Washington Sundar, as he frequently slogged him over the mid-wicket region.

The duo added 47 runs for the first wicket before Short was brilliantly caught by Shreyas Iyer to hand T Natarajan his first wicket of the game. Despite the wicket, the home team managed to score 59 runs for the loss of one wicket in the powerplay.

The Aussie outfit, over the past couple of games, have failed to get going in the middle overs and today was not too different. Coming in at number three, Steve Smith struggled with his timing early on in the innings.

It was the blitz from Wade at the other end that helped Australia sustain momentum. The skipper scored an attacking half-century off 25 balls – with 10 boundaries and one six – to lay a solid foundation with the bat for the hosts.

However, the last ball of the eighth over produced a comedy of errors, as Virat Kohli put down one of the easiest catches ever seen in international cricket at cover.

While Wade did not expect the catch to be grassed and was halfway down the wicket, the Indian skipper recovered quickly to get a throw in to KL Rahul and find the Aussie skipper short of his ground.

The wickets of Wade and Glenn Maxwell in the middle overs stemmed the flow of the runs, and it was Smith’s knock late in the innings that gave the Australian side much-needed impetus in the back end.

The right-handed batsman scored a well-made 46 runs off 38 balls to help the home team post 194 runs in the first innings.

Chasing 195 runs to seal the series, the opening combination of Rahul and Shikhar Dhawan started the innings steadily in the first couple of overs. A no-ball by Andrew Tye in the third over opened the floodgates, as the duo launched a brutal attack in the remaining overs of the powerplay.

An opening partnership of 56 runs laid a solid foundation for India, before Rahul was caught at the point boundary trying to make the most of the last over of the field restrictions.

One of the best batsmen in the modern era, Virat Kohli walked in at number three. Along with Shikhar Dhawan, he steadied the innings in the middle overs by accumulating singles and picking up boundaries off the bad deliveries.

Dhawan scored a well-compiled half-century off 36 balls to set up the run-chase. The duo added 39 runs for the second wicket, before the left-hander was caught at the deep square-leg boundary while attempting to slog-sweep Adam Zampa.

With wickets tumbling at regular intervals, it was all on the shoulders of Kohli and Hardik Pandya to take the team past the finish line. With Pandya struggling to time the ball in the initial part of his innings, the skipper took the onus upon himself to find the big hits.

He smashed the bowlers all around the park in his attacking knock of 40 runs off 24 balls to help India inch closer to the target.

46 runs were needed in the last four overs, and the game was well and truly hanging in the balance with Virat Kohli and Hardik Pandya in the middle. However, the Indian captain was guilty of chasing a wide delivery off Daniel Sams, giving the left-armer his maiden wicket at the international level.

The wicket resulted in young Shreyas Iyer striding out in the middle at a crucial stage of the innings. After missing out on a place in the Indian playing XI in the last game, Iyer was back in the team due to an injury to Manish Pandey.

Displaying an array of strokes all around the ground, the duo took calculated risks and forged a crucial partnership for the fifth wicket. While Pandya was the more aggressive batsman amongst the two, Iyer played the supporting role in this match-winning partnership to perfection. He was particularly severe on Adam Zampa, as he smashed him for a huge six and four in the 18th over.

With 14 runs needed of the final six deliveries, India’s hopes rested on the shoulders of Pandya. After performing the role of a finisher time and again for the Mumbai Indians and for the Men in Blue at the international level, Pandya smashed Sams for two powerful hits over the fence to help India clinch the T20 series with a couple of balls to spare.

The unbeaten partnership of 46 runs at the back end of the run-chase turned the match in the favour of India, and helped them take an unassailable lead in the series.