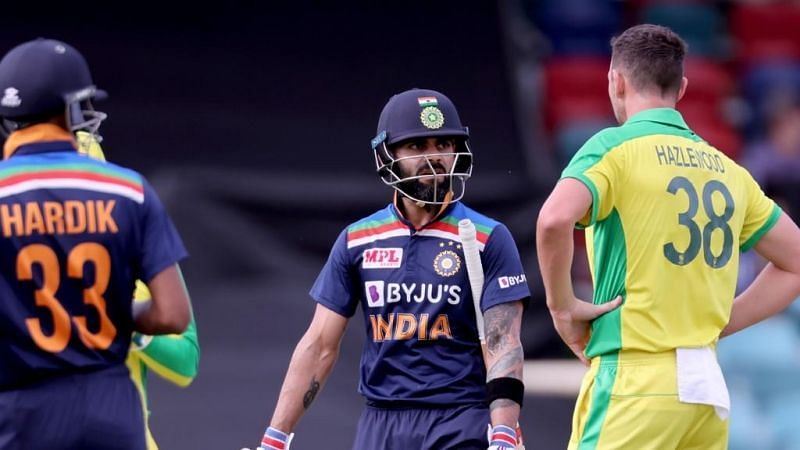 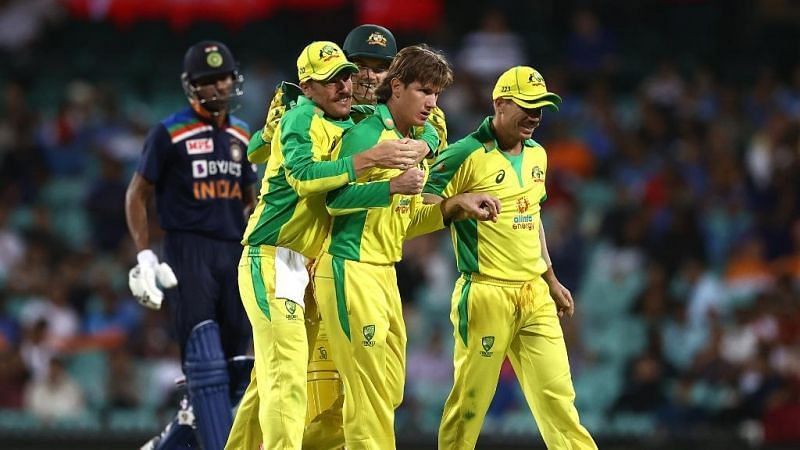 Australian leg-spinner Adam Zampa recently stated that he is happy to hand over the tag of Indian captain Virat Kohli’s ‘conqueror’ to teammate Josh Hazlewood.

Asked about the same during a chat on Cricket.com.au, Zampa jokingly responded that Hazlewood can happily keep the tag of Virat Kohli’s ‘conqueror’.

“He (Hazlewood) can have it. He can have (the mantle of) Kohli’s conqueror,” the leg-spinner replied with a smile.

Praising the Aussie medium pacer, who was one of the architects of the team’s 2-1 triumph over India in the ODI, 28-year-old Zampa added –

“Josh (is a) pretty nonchalant kind of guy. He just got in done. But, it was nice to get Kohli, particularly (in) today’s game. He looked like he was on again. Josh seems to get those big wickets all the time.”

Zampa’s best of 4 for 54 came in the first ODI at Sydney, a match in which he dismissed Shikhar Dhawan, KL Rahul, Hardik Pandya and Ravindra Jadeja.

Steve Smith in the #AUSvIND ODIs:

He was adjudged Player of the Series 🌟 pic.twitter.com/lOAKxo4NnI

Steve Smith in the #AUSvIND ODIs:

He was adjudged Player of the Series 🌟 pic.twitter.com/lOAKxo4NnI

Hazlewood’s best performance of 3/55 also came in the same game. His wickets included that of Virat Kohli, Mayank Agarwal and Shreyas Iyer.

Quite contrary to the hosts’ performance, the Indian bowlers found the going extremely tough in the ODI series as the Australian batsmen were in attacking mode right through.

Australia leg-spinner Adam Zampa was guilty of dropping Indian captain Virat Kohli in the first ODI on Friday (November 27), and said after the game that grassing a catch is very difficult to come to terms with.

With a 0-1 deficit, India go into the second ODI match against Australia at Sydney facing a must-win situation to stay alive in the three-match series.

With the ODI series lost, Team India will be keen to put up a better show in the three-match T20I series against Australia. The first of the three T20I games will be played at Canberra on Friday, December 4, at the venue where India registered their first win of the tour.

The Australian team had a 100% win record in ODIs at the Manuka Oval. However, the Indian cricket team ended their dominance in Canberra by defeating them in the final ODI of the recently concluded 3-match series.

Australian leg-spinner Adam Zampa has opined that the rules surrounding slow over rate certainly need to be looked at.