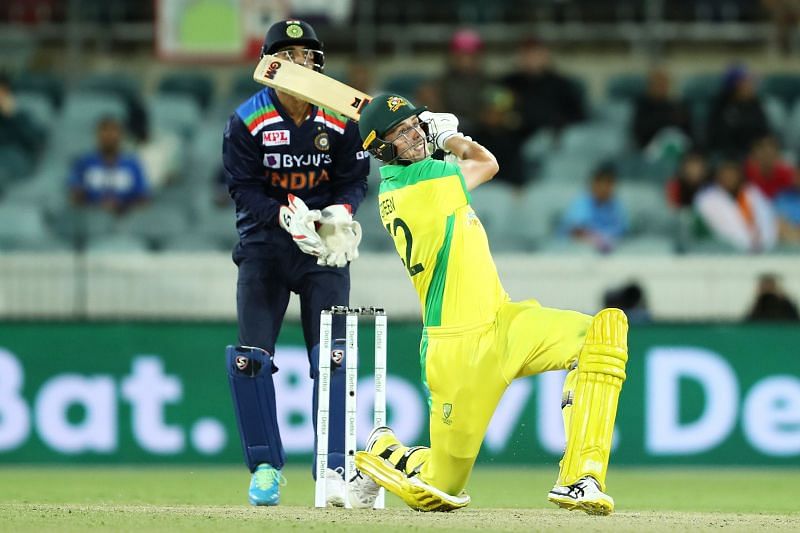 All-rounder Cameron Green realized his dream of representing Australia in international cricket last evening in Canberra. The rising star received his maiden ODI cap in the third game against the Indian cricket team and did a decent job with bat and ball.

Green could not take a wicket but bowled four good overs and returned with figures of 0/27. In the second innings, he batted at number five above Glenn Maxwell and Alex Carey. The right-handed batsman aggregated 21 runs off 27 deliveries before losing his wicket to Kuldeep Yadav. 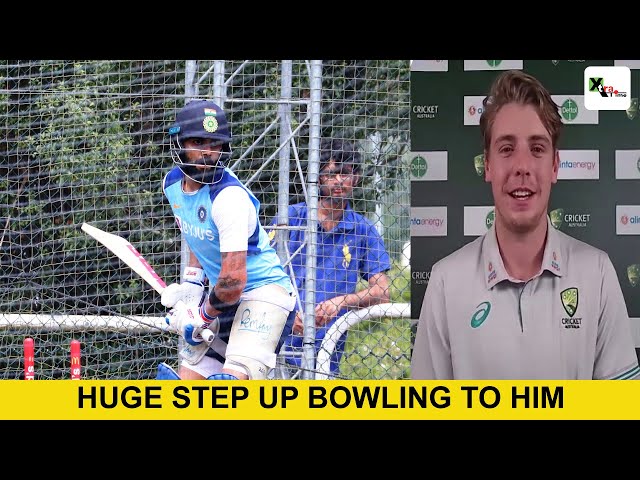 Generally, fans get to witness intense clashes between India and Australia on the cricket field. But Indian wicket-keeper batsman KL Rahul shared a few words with Cameron Green that the Perth Scorchers star did not expect.

“I was actually taken back with how nice KL Rahul was behind the stumps. I think he asked me whether I was nervous or not and I just replied saying, ‘Yeah, I was a little bit nervous.’ He was like, ‘Yeah, go well youngster’ type of thing. So I was actually a bit taken back, I thought it would have been pretty opposite,” Cameron Green said after the match.

The home team was under pressure when Cameron Green received his first opportunity to bat for the country. Soon, Australia skipper Aaron Finch lost his wicket as well. Still, Green tried to play his natural game and hit a four and a six in his 27-ball knock.

Speaking of what opposition skipper Virat Kohli did during his stay out in the middle, Cameron Green continued:

“I think Virat was trying to be pretty loud at the time. Finchy tried to get under his skin with a couple of words. Yeah, I was a bit taken back with how nice that was, so I’ll remember that forever.”

Catch every ball of the third Dettol ODI live from 2:40pm AEDT on Foxtel, Kayo or ABC Radio! #AUSvIND pic.twitter.com/SNAiVyVg9d

Catch every ball of the third Dettol ODI live from 2:40pm AEDT on Foxtel, Kayo or ABC Radio! #AUSvIND pic.twitter.com/SNAiVyVg9d

Cameron Green is also a part of the Australian Test squad for the Border-Gavaskar Trophy that commences on December 17.

Cameron Green made his much-anticipated debut for Australia in the 3rd ODI against India on Wednesday, December 2. Playing for pride, Virat Kohli’s Indian team finally managed to secure their first win in 6 ODIs and ensured that they avoided a second consecutive ODI series whitewash.

Former Australia Captain Ricky Ponting feels Cameron Green‘s performance was the only positive for the Aussies in the second Test match, where they succumbed to an eight-wicket defeat. Ponting praised Green for his defensive technique and felt his defense was better than most Australian batsman in the Melbourne Test.

After registering back-to-back wins over the Indian cricket team, hosts Australia have decided to rest some of their marquee players for the final ODI in Canberra. This call allowed a few upcoming stars to gain a place in the match squad, and medium-pace bowling all-rounder Cameron Green received his maiden ODI cap.

Former Australian fast bowler Mitchell Johnson believes the rest of the Aussie team should learn from Cameron Green on how to play against the Indian bowlers. It is certainly high praise for the all-rounder, who made his debut in the ongoing Border-Gavaskar Trophy.